When do share repurchases actually benefit shareholders? And what about using debt to buy back shares? 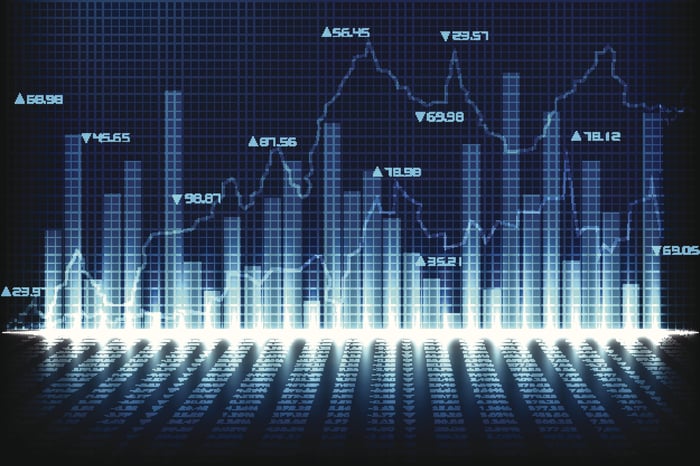 We often read about dividends and share buybacks as if they were interchangeable ways of "returning cash to shareholders." In fact, they are very different. A dividend is a return of capital proper. In a way, it's a partial liquidation of the business, not in the sense that a fixed asset has to be sold to pay a dividend, but in the sense that the shareholder forgoes the future returns that the dividend may have generated had it been invested instead of paid out. Buybacks return nothing. They are, in fact, closer in nature to capital expenditures than to dividends.

It's best to think about share buybacks as either a cost or an investment. If they're used to counter the dilutive effects of share-based compensation, then they should be seen as a cost. Anything over and above that is an investment, which buys the remaining shareholders a larger cut of the existing business. They do not expand the business, like capital expenditures, but they expand your share in the business. The real question is, "At what price?"

True capital gain does not necessarily come from a rise in the market value of a business, nor even from a rise in its intrinsic value. It can only come from a rise in the intrinsic value of one's share in the business. Think of the business as an economic pie. To get more pie, you have to either increase the pie itself, or increase your share of the pie. A buyback does the latter. A buyback always -- not almost always but always -- decreases the pie itself. If it is done properly, however, the loss in pie is more than made up for by the gain in share of pie.

Let's consider the following scenario: The intrinsic value of a company, you think, is $1 million. There are 100,000 shares, making intrinsic value per share $10. In its books, the company carries $200,000 of excess cash and no debt. Two dollars of your share, therefore, is cash; the rest is business.

To figure out how much you are actually gaining in terms of intrinsic value per share, use the following formula:

This is an example of a share buyback done well -- one in which the intrinsic value obtained is more than the cash expended. The alternative, of course, is to overpay, to spend more cash than the value obtained per share, in which case the shareholder gets poorer.

It's important to note here that the value of that cash should not be measured solely by its stated amount; that is to say, it may have an opportunity cost over and above its cost of capital. If the cash would have returned more from capital expenditures, then the buyback is an inferior proposition. Or if the business is so volatile that significant cash reserves are necessary, then the cost of a buyback is too great to justify any reward. In fact, whatever we call cash in this latter scenario should be seen as an operating asset and not as excess cash.

But if the excess cash is truly excess, and if the business is significantly undervalued, then, short of making an attractive acquisition (a difficult challenge), management really can't go wrong by buying its own shares. To issue dividends in these circumstances is to throw away good money, though unfortunately, this is exactly what many companies do.

In a minority of cases, it may even make sense to use borrowed money to purchase shares. Conservative investors often have a knee-jerk reaction to debt. Rarely do we urge a company to borrow money, and more rarely still is a management criticized for paying it back. But leverage, used properly, adds greatly to value, and in this environment of historically low rates, a company with stable earnings and low debt should be thinking very seriously about issuing long-term debt at fixed rates. Conversely, it should think twice before reducing leverage.

Using debt to purchase shares is very different from using debt to expand a business. In the latter case, the assumption of debt should not decrease one's valuation of the business's equity, provided, of course, that the amount is moderate, used in a profitable venture, and issued at a low cost. One assumes, wrongly or rightly, that somewhere down the line the venture itself will pay for the debt, and the rest will accrue to equity.

But when debt is used instead to buy back shares, we're not expanding the balance sheet but adjusting the capital structure. Here we have no new venture, only existing ones; therefore, the existing business must be profitable enough and stable enough to more than cover the cost of the incoming debt. All things being equal, the standards imposed by both lender and borrower must be stricter.

A perfect candidate for this type of medicine is Polaris (PII 2.25%). Polaris has not suffered a net loss since at least 1988 (the earliest numbers that I could find). Its performance since then -- through three recessions and two market crashes -- has been nothing short of exemplary. Its operating income last year was $716 million, but it carries only $450 million of debt (up from $200 million last year). Net debt is about $300 million.

If we take the fixed charges for last year by adding up interest costs and lease expenses, they amount to about $28 million. In other words, these charges are covered about 25 times by operating income and about 31 times by EBITDA. Surely, this is an overly conservative capital structure for such a stable and growing company!

Polaris can comfortably pay an additional $40 million in interest per year. At a rate of 5%, we're talking about an additional $800 million on top of the existing $450 million of debt. Assuming that they can space out the maturities over a 10+ year period, I think this is conservative, maybe overly so.

If this $800 million was used to buy back shares at current prices ($86), we would be able to cut down about a seventh of the outstanding shares. Of course, I'm assuming here that Polaris is undervalued. At their peak, the shares fetched $156, and this at a time when there were more shares (Polaris has since bought back about 2 million shares). . If you think the intrinsic value of Polaris shares is closer to $156, and if Polaris is able to buy a seventh of the shares at an average price of $86, then your calculation of intrinsic value should go up by $11.67 -- a sixth of the undervaluation -- to reach $167.67.

None of this is meant to criticize the capital allocation record of Polaris management. Personally, I think they've done a great job. Not only have they revived the Indian brand, they've incurred debt and bought back shares at reasonable prices, and I only hope they continue along this path. If you're buying Polaris, you should root for the company to buy it too. In fact, you should root for all of the companies in your portfolio to buy back their shares -- unless, of course, they have better things to do with the money.

Benjamin Ra has no position in any stocks mentioned. The Motley Fool owns shares of and recommends Polaris Industries. We Fools may not all hold the same opinions, but we all believe that considering a diverse range of insights makes us better investors. The Motley Fool has a disclosure policy.

These 3 Dividend Stocks Should Pay You More in January
376%