Even though the stock market powered higher, these companies got left behind. Find out why. 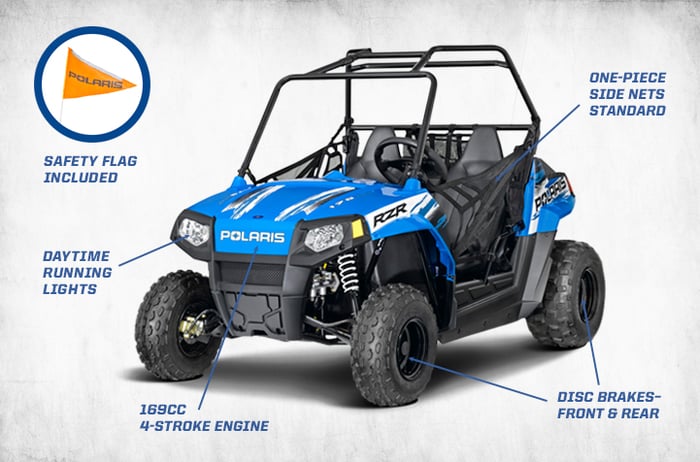 Tuesday was a good day for the stock market overall. The Dow and S&P 500 both climbed between 1% and 2%, offsetting most of the losses they suffered in Monday's session, and key commodities markets like oil and gold also powered higher. Yet even with the generally positive tone in the market, several stocks weren't able to join in the celebration. Among them were Polaris Industries (PII 4.07%), Leidos Holdings (LDOS 0.83%), and Huntington Bancshares (HBAN 3.19%), each of which suffered significant losses on the day.

Polaris Industries fell 9% after the maker of snowmobiles and off-road vehicles announced its fourth-quarter and full-year results Tuesday morning. Polaris reported a 18% drop in net income on a revenue decrease of 13%, citing the stronger dollar, weaker oil markets, and unseasonably warm winter conditions in hurting demand for snowmobiles and its other recreational vehicle lines. The resulting lack of demand forced Polaris to cut shipments to dealers in the quarter. Moreover, Polaris doesn't expect an earnings rebound in 2016, projecting guidance of $6.20 to $6.80 per share compared to the $6.75 per share in earnings that it posted during 2015. The company's performance shows how oil-related economic slumps in certain energy-dependent regions of the country have had collateral damage on consumer products companies like Polaris and could have implications for other companies throughout the current earnings season.

Leidos Holdings also dropped 9%. The national-security technology solutions leader announced Tuesday morning that it would combine with the information systems and global solutions division of Lockheed Martin (LMT 0.07%) in a deal worth about $5 billion. Under the terms of the transaction, Lockheed shareholders will receive a controlling 50.5% interest in Leidos stock, and Leidos will make a $1.8 billion special cash payment to Lockheed Martin. Leidos also said that it would pay a special dividend to its own shareholders totaling about $1 billion, for which it will use cash on hand and borrow to the extent necessary. Lockheed stock also fell today, reflecting some apparent uncertainty about whether the deal is truly in the best interest of either party.

Finally, Huntington Bancshares declined 8.5% in response to its offer to acquire banking peer FirstMerit (FMER) in a $3.4 billion buyout bid. The deal will pay FirstMerit shareholders $5 in cash along with 1.72 shares of Huntington stock for every FirstMerit share they own, adding up to slightly more than $20 per share based on Huntington's closing price on Monday prior to the announcement. The result of the merger will be a greater concentration on the Midwest region for the combined entity, which would be the largest bank in Ohio based on deposits. It would also open the door to the Chicago metropolitan area and the state of Wisconsin, but some question whether Huntington will be able to produce the synergy-related savings necessary for the deal to pay off to its full potential.

Dan Caplinger has no position in any stocks mentioned. The Motley Fool owns shares of and recommends Polaris Industries. Try any of our Foolish newsletter services free for 30 days. We Fools may not all hold the same opinions, but we all believe that considering a diverse range of insights makes us better investors. The Motley Fool has a disclosure policy.