Investors in PepsiCo (NASDAQ:PEP), Lockheed Martin (NYSE:LMT), and Procter & Gamble may reap the benefits of being ahead of a new trend in investing: the "gender lens." With a focus on companies that embrace gender diversity within their ranks -- both managerial and directorial -- investors may be crafting a new, successful type of strategy. 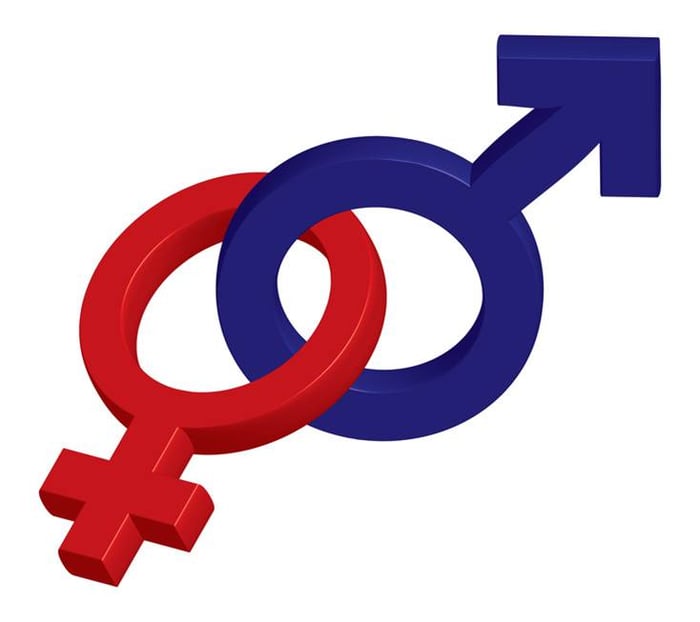 With more women entering the workforce, it would seem natural that women would start playing a bigger role at the heads of the nation's companies. And yet the most recent review of the Fortune 1000 shows that women represent only 4.8% of CEOs and 16.9% of all board seats.

With that in mind, some investor groups and organizations have begun to promote companies that support advancement for women as choice investment options. And this strategy isn't just a feel-good idea, either.

Realizing the power of diversity
The data has been out for a while now showing that women are often superior investors compared to men, with a lower risk tolerance that can lead to better decision-making, long-term planning, less frequent trading, and higher use of outside help.In fact from 2000-2009, hedge funds managed mostly by women produced an average return of 9.1%, versus 5.8%, the overall composite return of hedge funds during that period.

Even more data has emerged showing that companies that include more women in their top managerial positions and boards are more successful, even during periods of financial strain. From 2006 to 2012, large companies with higher levels of inclusion of female board members produced average revenue growth of 14%, while those firms with mostly male directors grew 10%, according to a study from Credit Suisse. The study also showed that firms with more female directors were quicker to reduce debt loads during the financial crisis, lightening the burden as the financial crisis developed.

Women in top positions are cited as helping these companies with talent development and management, broader problem-solving, long-term planning, and risk management -- all keys to success and growth for both the company and the economy at large.

Investing ahead of the curve
Just recently, the women's professional network Ellevate (formerly 85 Broads) introduced the first funds to focus on companies with progressive practices of advancing women to key roles within the organization. In conjunction with fund manager Pax World Management, Ellevate introduced the Global Women's Equality Fund (NASDAQMUTFUND:PXWEX).

Ellevate chair Sallie Krawcheck, a former Bank of America and Citigroup executive, has said that women within the Ellevate network have been searching for new opportunities to invest in like-minded people and companies: 77% of women globally and more than 50% of women in the U.S. say they "want to invest in organizations with diversity in senior leadership."

Some of the top holdings within the fund are PepsiCo, Lockheed Martin, and Procter & Gamble; the first two have female CEOs, and the third has a significant number of female executives.

Though the stories differ slightly, the CEOs of PepsiCo and Lockheed Martin both highlight the effectiveness of female corporate leaders.

Indra Nooyi was attracted to PepsiCo because it was a good company that was struggling, according to an interview with Bloomberg. Six years after joining the food and beverage giant, Nooyi was promoted to president and CFO. She oversaw the restructuring of the company, which included the divestiture of restaurants that now make up the Yum! Brand chains. Since her 2000 promotion to CFO, PepsiCo's annual revenue has grown by 72%, and net profit has more than doubled -- with 2013 marking a $5.6 billion gain.

And though the beverage industry faces a global decline in sugary-drink consumption, Nooyi continues to resist pressures to split up PepsiCo. Instead, innovations in product development and packaging have helped bolster the company's product line. Nooyi has also developed a cost reduction plan, setting her sights on a $5 billion target for cuts by 2020.

Lockheed Martin, the nation's top defense contractor, hired its first female CEO last year, naming a 31-year veteran of the company: Marillyn Hewson. With only 18 months under her belt, she doesn't have an established track record as chief exec, but with a big challenge ahead, Hewson is already demonstrating her focus on keeping Lockheed Martin relevant.

With more than 60% of its revenue coming from government contracts, Lockheed Martin faces huge hurdles, namely, the end of two wars and the threat of further sequestration in 2016. But Marillyn Hewson already has her sights set on a new pathway for the company. With some key acquisitions in both cybersecurity and transportation firms, Hewson is welcoming a different focus for the future, with the intention of making Lockheed's success less dependent on defense spending.

Hewson has also been instrumental in easing tensions between the company's key F-35 Lightning II division and the Pentagon. Through a reshuffle of key players in the program, Hewson was able to tackle a problem that had been plaguing the company for a while.

Opportunities for you
While gender diversity should not be your only consideration when choosing an investment option, many of the companies within this new fund are clear front-runners in their markets. As investors become more socially conscious, companies that embrace gender diversity within their management teams may get a boost, though it may not be significant enough to prompt a buying spree from investors. The long-term benefits of diversity within an organization's management, however, could provide your portfolio with staying power.

As society embraces equality within the workplace and the boardroom, companies have an opportunity to improve not only their odds of long-term success, but also their public image, by elevating women to key managerial roles and providing advancement to both genders equally.