Can Apple deliver where it counts?

Ahead of Apple's (AAPL 0.84%) big event on Wednesday, there's one big question some investors may have: Will the tech giant's next iPhone sport the gusto needed to reverse the segment's declining revenue? Apple's new iPhone unveiling this week may not directly answer this question, but it could (or could not) be enough to give investors hope.

Why iPhone 7 is so important

Apple's iPhone segment has been under the magnifying glass recently. Two quarters of declining iPhone revenue have investors wondering if the segment has peaked. 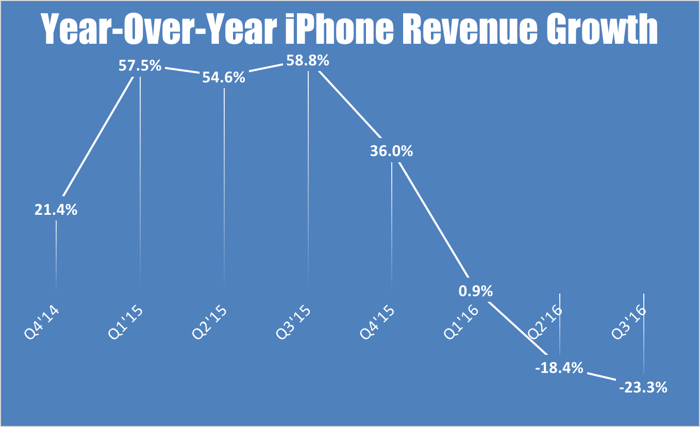 To be fair, the huge success of iPhone 6 in fiscal 2015 has made year-over-year comparisons incredibly tough. Investors, therefore, should maintain perspective: iPhone sales are still higher than they were two years ago, highlighting continued health in the segment. But it's iPhone's growth potential from here that's in question.

It's easy to see why a decline in revenue for Apple's iPhone segment could be concerning. iPhone is, without a doubt, the company's most important product. In the trailing 12 months, iPhone accounted for a whopping 64% of Apple's total revenue, leaving the company's other segments far behind. Tied for second and third place, at 11% of revenue, is Mac and Services. iPad comes in third, at 9%. And Apple's "other" segment, which includes sales of "Apple TV, Apple Watch, Beats products, iPod, and Apple-branded and third-party accessories," according to the company's third-quarter unaudited summary data, only accounts for 5% of revenue.

Another reason iPhone 7 will be so interesting is because, for the first time, its launch follows a mid-cycle introduction of a lower-cost iPhone: the iPhone SE. With a starting price of $399, well below the typical $650 starting price for Apple's flagship lineup, some investors may be wondering if the cheaper iPhone will cannibalize sales of the rumored iPhone 7 and 7 Plus.

If speculation about the iPhone 7 and iPhone 7 Plus, which are expected to launch on Wednesday, is correct, there doesn't seem to be any new "must-have" features on the device, doing little to soothe any concerns about declining iPhone sales. 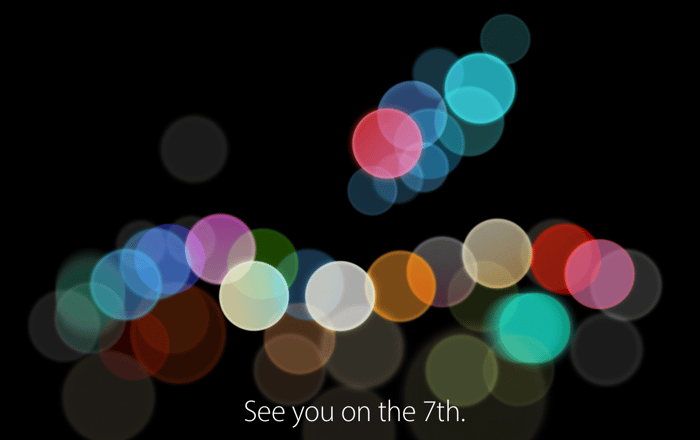 Indeed, iPhone 7 is expected to mostly sport the same form factor as both the iPhone 6s and iPhone 6 -- making this the third iPhone with the same outer design. The ever-active Apple rumor mill anticipates redesigned antenna lines, a flush home button, the elimination of the 3.5mm headphone jack, and a new glossy black option.

While there may be some surprises when the new iPhone is actually unveiled, available information may have investors doubting the new device can solicit the monster upgrade cycle needed for the segment to return to iPhone 6 sales levels.

Fortunately, expectations for Apple's iPhone segment are low. This is particularly evident by the stock's price-to-earnings ratio of under just 12.6 at the time of this writing. The stock simply isn't priced for iPhone to return to growth. But if iPhone 7 can drive a bigger-than-expected upgrade cycle, Apple shareholders may do well over the next year.

Apple's product launch event is scheduled for 10:00 a.m. PST on Wednesday, September 7. The company will stream the event live on its website.