Please ensure Javascript is enabled for purposes of website accessibility
Log In Help Join The Motley Fool
Free Article Join Over 1 Million Premium Members And Get More In-Depth Stock Guidance and Research
By Rick Munarriz – Sep 6, 2016 at 9:45AM

The world's leading consumer-electronics company is likely to update its iPhone tomorrow, but can the rumored features including making it more water-resistant and adding more internal storage hurt more than help Apple's prospects. 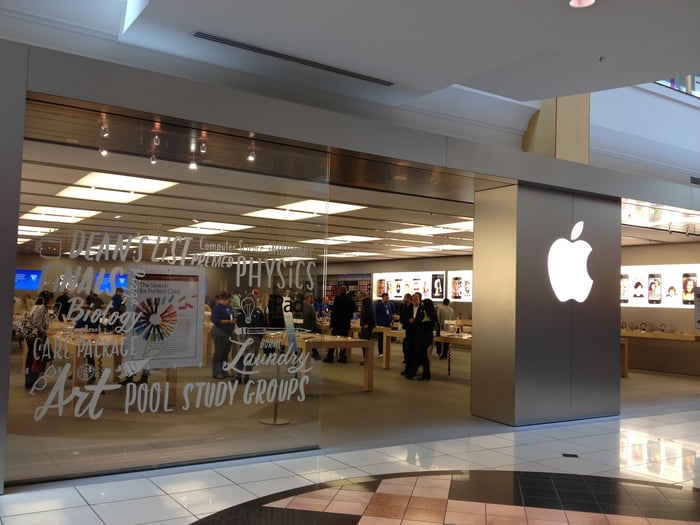 Tomorrow will be an important day for Apple (AAPL -4.91%). The consumer tech giant will introduce the iPhone 7, hoping that it's a compelling enough update to inspire a fresh wave of upgrades.

DigiTimes is hearing from Taiwanese iPhone supply chain sources that Apple has recently revised its orders for parts higher by 10%. That is an encouraging development, but it's important to frame that uptick in perceived initial demand correctly. The same DigiTimes report also points out that Apple was originally targeting to ship just 60% as many iPhones during the latter half of the 2016 calendar year as it did a year earlier.

There is clearly a lot riding on this device, as the iPhone continues to account for the lion's share of Apple's business these days. Anything that suggests strong smartphone sales out of Apple this cycle is a bonus, especially since more company watchers have pointed to next year's update -- 10 years after the original iPhone hit the market -- as the update that could be a game changer.

However, Apple has a history of surprising the market when it least expects it. That could happen tomorrow, but it may also want to be careful about not making its shiny new iPhone too much of an improvement.

The same chatter of new features has been swirling in recent weeks. The most controversial tweak is that tomorrow's debutante won't have a headphone jack. Owners will reportedly have to settle for earbuds that plug directly into the charging port or pay up for Bluetooth headsets.

Other oft-rumored features include the elimination of a home button in favor of haptic feedback sensors, more storage capacity, and a dual lens camera that can take enhanced snapshots and videos. Everyone seems to agree that it will have the same form factor as the current model.

The specs may impress the market, especially at a time when the consensus appears to be that Apple will be -- pardon the pun -- phoning it in as it saves dry upgrade powder for next summer's milestone. However, even some of these seemingly rumored updates could pose near-term financial challenges for Apple.

Let's take the talk about tomorrow's iPhone 7 being more water-resistant than previous models. That will come as a great relief to anyone that has dropped a smartphone in the toilet or accidentally kept it in a swimsuit pocket while entering a swimming pool, but isn't that also a problem? Water damage ruins a lot of iPhones, but that also finds those same people scrambling to buy replacement devices.

Then we get to claims of beefed up capacity. Most reports are suggesting that all three options will be increased, peaking at 256 gigs of internal storage. That is twice as much as today's model. That's great in theory, but will too much capacity eat into folks paying a premium for iCloud storage plans? Apple's iCloud platform offers just five gigs of free storage, and subscriptions start at $0.99 a month for 50 gigabytes. The merits of having a cloud-based bank to back things up are clear, but a lot of iPhone users turn to the cloud to free up space on their devices. That may become less necessary with 256 gigs of storage in your hand.

The bullish counters are obvious. Eliminating the headphone jack will beef up sales of headphones, including those put out by Apple-owned Beats. More capacity will give iPhone owners the flexibility to go crazy on iTunes and App Store purchases. These are important considerations, naturally, but let's not assume that all iPhone 7 advantages will be benefits to Apple's top and bottom line. Things are never that easy.