The water utility's stock has been gushing powerful returns, but how safe is its dividend? 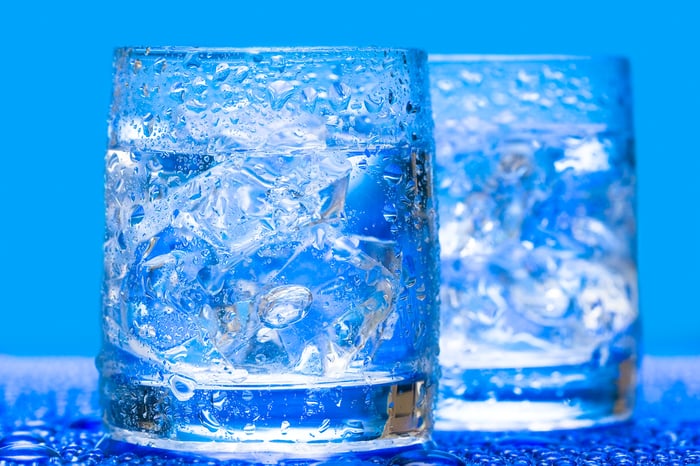 American Water Works (AWK 0.66%) is the largest investor-owned water and waste water utility in the U.S. It operates in 47 U.S. states and one Canadian province, and as a regulated utility in 16 of these states. The company's stock has returned about 44% to its investors, through stock-price appreciation and dividend yield, over the one-year period through Aug. 26. Moreover, it's returned 362% since the company's 2008 IPO versus the broader market's 89% return.

These total returns are wonderful, but dividends are a big reason many investors buy utility stocks, including American Water's. So, let's examine how sustainable the company's dividend seems to be. 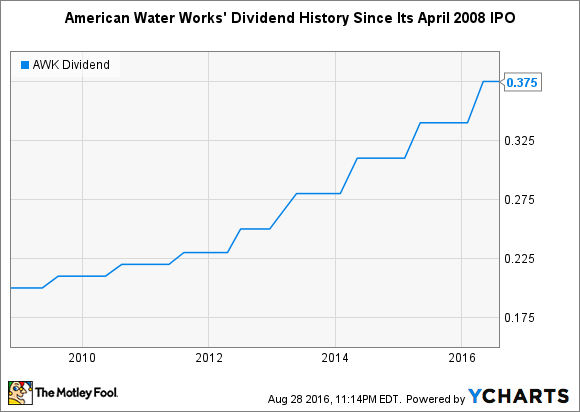 American Water's dividend yield is currently 2%, which is on the low end of the water utility industry range. Aqua America (WTRG 0.24%) and American States Water (AWR 0.38%), the industry's Nos. 2 and 3 largest players by market cap operating in the U.S., sport dividend yields of 2.4% and 2.3%, respectively.

However, American Water's return of 362% since it went public has crushed the 142% and 206% returns, respectively, that Aqua America and American States Water have produced during the same period.

Payout ratio: Steady as she goes

Buying up new companies, in addition to maintaining its growing extensive infrastructure, doesn't come cheap. American Water follows a disciplined investment strategy so that it can maintain its payout ratio (dividends paid/net income) within its target range of 50% to 60%. 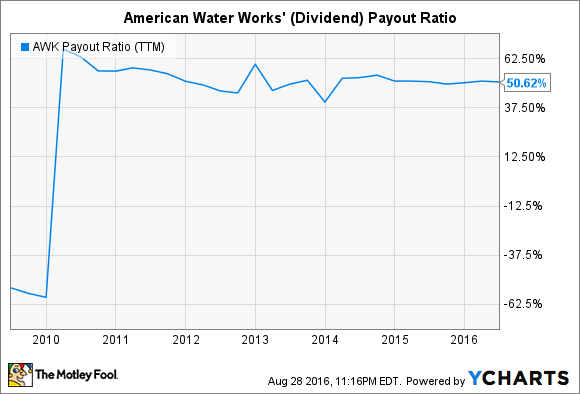 As a rule of thumb, a payout ratio of about 60% or less suggests that a company can probably comfortably afford its dividend and that dividend increases are on the horizon unless there are major setbacks. So American Water's dividend payout ratio of less than 51% appears to be on the conservative side.

But wait! Things aren't as bubbly on a cash basis

Many dividend analyses stop at this point. However, let's take this one step further and examine the cash dividend payout ratio. This metric provides a more accurate picture of how much a company's dividend policy is costing it. It's the proportion of free cash flow (after preferred dividends are subtracted, if applicable) that is paid as dividends to common shareholders. Here's the formula:

(Here, free cash flow equals cash flow from operations minus capital expenditures.) The reason payout ratios are typically calculated by dividing cash dividends paid by net income is because it's a quick and easy calculation. But dividends are paid in cash, not in net income, which is simply an accounting metric. So the traditional method has major limitations.

Here are the relevant numbers for the trailing-12-month period:

The good news is that American Water is at least about breaking even on an FCF basis. Aqua America and American States Water both have negative free cash flows. However, American Water obviously can't pay out $249 million in dividends from $1 million generated in FCF. So, American has been increasing its debt to pay its dividend. 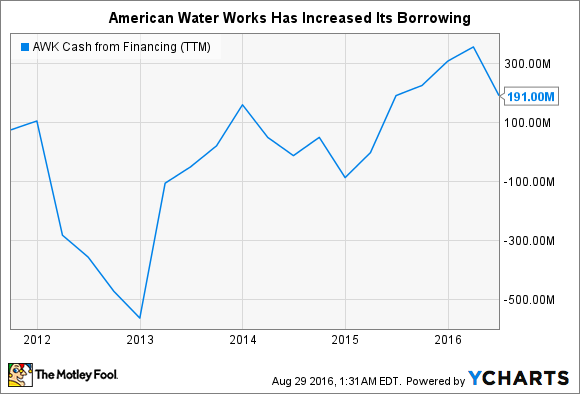 Given the current extremely low-interest rate environment, it's not a major concern that American Water has somewhat upped its borrowing levels. The company has opportunities to grow its earnings both through investments in its existing infrastructure and via acquisitions. However, if and when interest rates rise appreciably, American Water will need to scale back on its borrowing levels, which might not prove to be easy.

Investors should not be concerned about American Water Works' dividend, which appears to be very secure. The company can afford to have its cash dividend payout ratio spike up to nearly 25,000% in the short term. However, a ratio this high is unsustainable over the longer term unless the company wants to keep increasing its borrowing.

American Water Works Earnings: What to Watch on April 27
357%