Shares of this high-yield stock trade at a sky-high price relative to its industry. Can the company's fundamentals justify it? 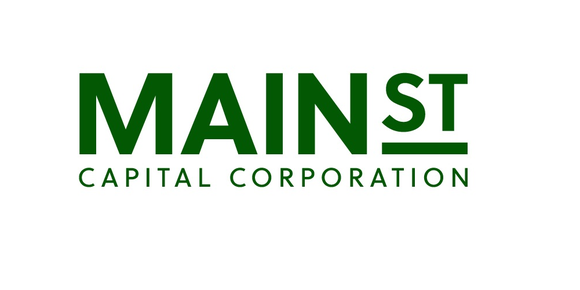 When it comes to high-yielding stocks such as Main Street Capital Corporation (MAIN -3.57%), the upside is seemingly easy to measure. The company is required to pay out 90% of its income to avoid taxes, similar to a real estate investment trust. Thus, the most obvious and largest source of return will be the dividends paid back to shareholders over time. The downside is that it might have to cut its dividend, as many companies in its industry have done this year.

I think it's generally prudent to expend more effort thinking about the downside than the upside. If you can avoid the downside, the upside takes care of itself in the form of big dividend yields. We can get a sense of whether Main Street's price tag of 1.6 times book value -- the highest in its industry -- offers a good risk relative to the reward by looking at the potential risks to its dividend going forward.

1. Earnings vs. dividends to shareholders

Main Street Capital has a relatively simple dividend policy. It pays regular monthly dividends to shareholders from net investment income, or operating income. Its supplemental dividends are paid from any capital gains from its portfolio, which are less regular. (If Main Street sells an investment for more than it paid for it, the sale would result in realized gain, which funds its special dividends.) 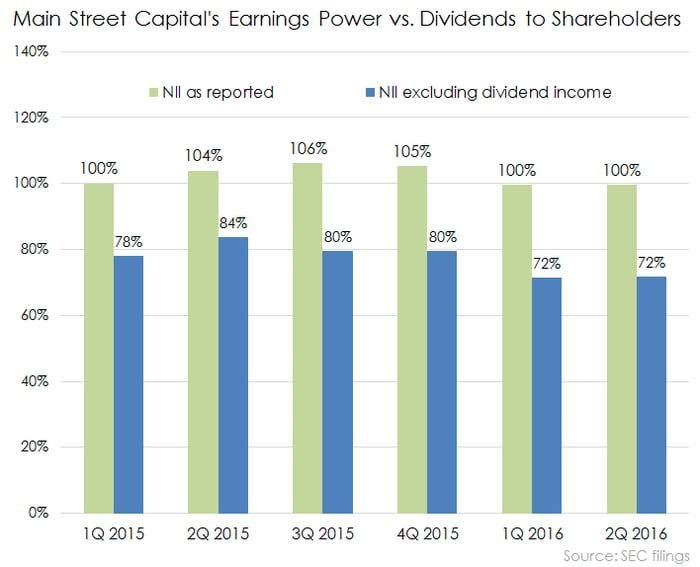 2. How stable is dividend income?

I'll admit there is no perfect way to assess the stability of Main Street Capital's dividend income. There are a number of factors that affect its portfolio company's ability to pay dividends back to Main Street, with profitability, seasonality, and the reinvestment opportunities of its portfolio companies being the three biggest factors. But we can safely make one assumption: Dividend income is safest when it comes from a large number of investments. 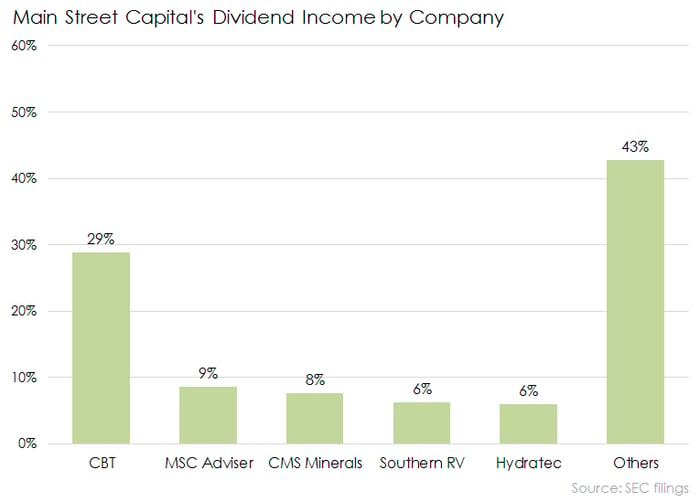 Looking at tables in its filings, it becomes clear that dividend income is perhaps less diversified than investors might prefer. The five companies that paid the largest dividends back to Main Street Capital collectively made up 57% of its dividend income in the first half of 2016.

There are some mitigating factors to the lack of diversification in its income. MSC Adviser is an asset manager of permanent assets, so its fee revenue and earnings should be relatively stable. Similarly, CMS Minerals' dividends to Main Street are from preferred stock, which should be a little more stable than dividends from common stock, all else equal. CBT Nuggets has simply been a monster in terms of capital appreciation and its dividend-paying ability, which skews the contribution from others.

But the risk is clear: More than half of its dividend income came from just five investments in the first half of 2016. To put that in perspective, consider that Main Street Capital had debt, equity, or multiple types of investments in 199 different companies at the end of the second quarter. Dividend income comes from a much smaller number of investments than interest or fee income, which are more routine, and more diversified.

Does the price reflect the risk?

Putting it all together, Main Street Capital's ability to pay its own shareholders increasingly relies on its portfolio companies to pay it dividends at the same time it has little room for error in covering its dividends to shareholders with net investment income.

Shares trade at more than 1.6 times book value, a multiple about 75% higher than the average in its industry and 15% higher than its next closest peer. That price reflects perfection, in my view, despite less than spectacular dividend coverage by Main Street Capital.

But if that isn't compelling to you, and you are absolutely certain of Main Street Capital's ability to continue to pay a consistent dividend to shareholders, consider also the risk that the market throws a curveball. If shares were to fall to the current valuation of its closest peer, or 1.4 times book value, you'd lose about 1.7 years of annualized dividends -- regular and supplemental -- to capital losses.

In my view, the risk to the company's earnings power from its increasing reliance on dividend income, and the market risk that shares take a dive completely unrelated to its fundamentals, favor keeping your cash on the sidelines. Though cash may yield very little, it doesn't carry the risk of losing years' worth of income to capital losses like a richly valued income stock, either.