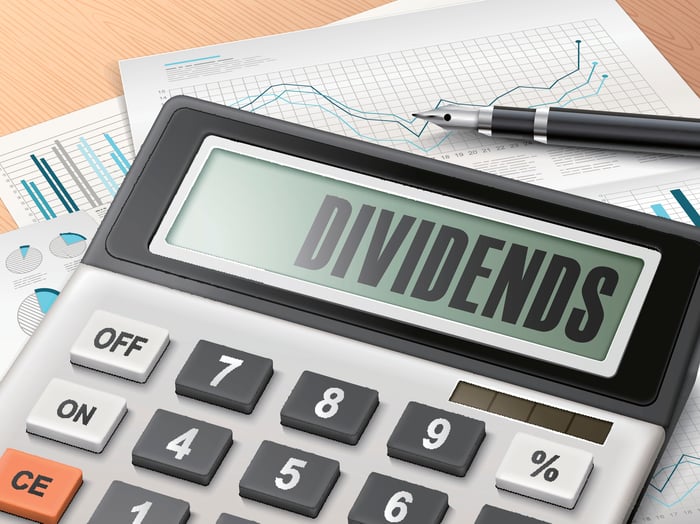 Dividend aristocrats are a select group of high-quality dividend stocks. Among other requirements, a company must have increased its dividends for 25 consecutive years or more to be considered a dividend aristocrat. Past performance is no guarantee of future results, but a solid track record of dividend payments can say a lot about the health of a business.

On the other hand, many dividend aristocrats have been delivering lackluster dividend growth lately. This includes widely popular dividend stocks such as Wal-Mart (NYSE:WMT), AT&T (NYSE:T), and Procter & Gamble (NYSE:PG), which are raising their dividends at anemic rates.

The retail giant is asleep

On Feb. 18, Wal-Mart announced its most recent dividend increase, raising dividends by $0.01 per share, from $0.49 to $0.50 quarterly. This was the third consecutive year in which Wal-Mart increased payments by only $0.01, so lackluster dividend growth is becoming a trend for the discount retailer.

The retail industry is aggressively competitive, and things are tougher than ever for brick-and-mortar operators because of increasing pressure from online players in the past several years. Wal-Mart is actively investing in people and technology to expand its online presence, and the company recently announced the acquisition of Jet.com for $3.3 billion to gain ground in e-commerce.

The stock is paying a dividend yield of 2.7% at current prices, a premium over an average dividend yield of 2.3% for companies in the S&P 500 index. In addition, Wal-Mart has a conservatively low dividend payout ratio of around 46% versus earnings forecasts for the current year, so dividend sustainability is not in question.

However, as long as earnings remain under pressure, chances are that Wal-Mart will continue raising its dividends at a modest rate over the middle term.

AT&T stock is paying an attractive dividend yield of 4.7% at current prices. On the other hand, the company has raised dividends by only $0.01 annually since 2009. These minuscule dividend increases are barely enough for AT&T to retain its status as a dividend aristocrat, but the company is really not offering much in terms of dividend growth.

The telecom business is going through massive challenges since internet and related technologies are reducing communications costs across the board, which is putting considerable pressure on different industry operators. AT&T acquired DirecTV in 2015, and the company is now the biggest provider of pay TV services around the world. However, the pay-TV industry is also facing a major threat because of cord-cutting and the online streaming revolution, so AT&T is on the wrong side of major technological trends in its two main businesses.

Wall Street analysts are on average estimating that AT&T will produce $2.86 in earnings per share during the current year. This puts the dividend yield at nearly 67% versus earnings expectations. Unless the company can materially accelerate earnings growth over the middle term, this doesn't allow much room for rapid dividend increases going forward.

A business in transition

Procter & Gamble made a series of mistakes over the past several years. The company entered too many markets, and product innovation didn't work out as expected. This produced a stagnation in revenue growth at the consumer-staples giant.

In order to jump-start performance, the company is transforming itself into a nimbler and more flexible organization. Procter & Gamble has sold nearly 100 underperforming brands over the past couple of years, and the company is embarked on an ambitious cost savings program. In cost of goods sold alone, Procter & Gamble has achieved over $7 billion cumulative savings since 2012.

This transformation will probably be a good thing for investors in Procter & Gamble over the long term, but dividend growth has materially decelerated lately. The company raised dividends by 1% in 2016, a considerable slowdown from 3% dividend growth in 2015 and 7% in 2014.

Don't get me wrong: Dividend aristocrats such as Wal-Mart, AT&T, and Procter & Gamble are solid and dependable dividend stocks, and they're good candidates for investors looking for defensive plays and current income. On the other hand, those looking for vigorous dividend growth should focus on younger companies with superior potential for expansion over the coming years.