By aiming their drug candidates at earlier stages of the disease, Biogen and Lilly may be closing in on an effective treatment. 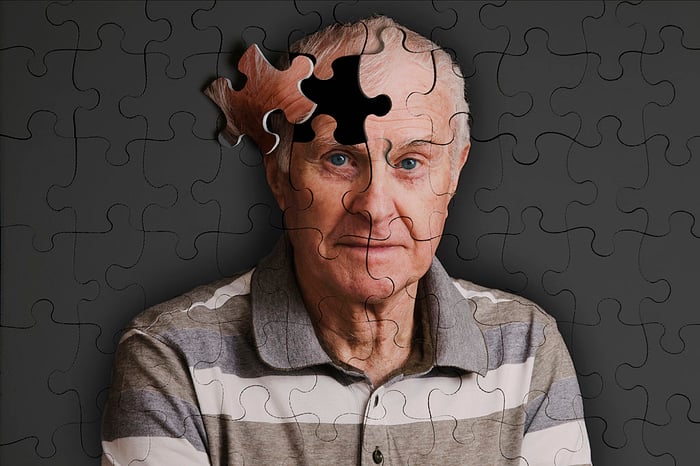 Here's how James Lah, the lead researcher for the Alzheimer's Research Center at Emory, explains what's coming in Alzheimer's disease:

The baby boomers are now turning 65 at the rate of 10,000 a day. And one in nine of that 10,000 is going to have the disease. So while our phones are ringing off the hook now, it's nothing compared to what it's going to be like in the years to come.

When those phone calls come, doctors have little to offer. Of the five Alzheimer's drugs on the market -- including well-known Aricept from Pfizer (NYSE: PFE) and Exelon from Novartis (NYSE: NVS) -- none targets the underlying cause of the disease. In fact, 99.6% of all drugs designed to fight Alzheimer's have failed in trials since 2002.

But there is a colossal amount of research going into Alzheimer's at the moment, and progress is being made. Here's how a major shift in focus could lead to a whole new area of discovery.

Dean Hartley, the director of science initiatives at the Alzheimer's Association, explained how the tides are shifting this way: "We've started to realize that some of these treatments that have been used in clinical trials may actually be more effective if we use them earlier in the disease."

How much earlier? Said Hartley: "New data suggests that some of these proteins that are changing the brain may start anywhere between 15 and 20 years before the clinical onset."

The need to target the disease much earlier was the import of the latest breakthrough in Alzheimer's research. In a recent teleconference, Biogen's (BIIB -0.98%) chief medical officer, Alfred Sandrock, reported that the company's plague-busting antibody, called aducanumab, had been given to 165 patients, and in those who took the highest dose, it "practically eradicated" the amyloid plaques in their brains.

Sandrock then focused on how Biogen's drug could be used preventatively, much as "cholesterol-lowering statins are used to ward off heart attacks." He added: "The question will be, can you treat people even earlier? You could treat people before they have symptoms."

Despite aducanumab's apparent success, investor caution is in order. While Sandrock claimed there were some indications that the drug slowed cognitive and functional decline, the real test will come in larger studies. Those trials will include 2,700 participants and will take 18 months.

Exciting data, but a slippery problem

The risks and barriers for companies working in dementia are huge -- including the fact that our ignorance about this disease is still discouragingly high. In fact, scientists are split into two camps about what causes the disease in the first place.

Most companies go after the same disease target as aducanumab -- the sticky, cell-sized lumps of amyloid-beta that appear as plaques throughout the Alzheimer's-affected brain. But there's also evidence that Alzheimer's could stem from an unrelated pathology: the buildup of intracellular tau protein. If drugs like aducanumab are tackling the wrong cause, it would be like trying to mop up water on the floor from a roof leak while the rest of the house is falling down.

A flurry of programs aimed at earlier targets

If you follow Alzheimer's research, you've heard of Eli Lilly's (LLY 1.20%) wonder drug Solanezumab. In 2015, the drug was shown to tackle the underlying pathology of Alzheimer's, which put Solanezumab in a class of one. No drug had ever done that before.

Before that, Solanezumab failed late-stage clinical trials twice. But Lily never gave up on the drug. Trial data indicated it wasn't effective with late-stage patients, but it slowed cognitive decline in early stage patients by as much as 34%.

Regrouping and changing the endpoint to focus on earlier-stage disease, Lilly is trying again. Solanezumab's latest trial, called Expedition 3, is expected to wrap up in late 2016 or early 2017. Data should follow soon after. If the results are promising, that would put Lilly on track to be the first to approach the FDA for an approval.

While either Lilly or Biogen could well be the first to get a meaningful Alzheimer's drug on the market, the jury is still out on both their drugs.

A cure is a tall order, but a disease-modifying treatment could be coming relatively soon

Talk of a "cure" for Alzheimer's is perceived in scientific circles to be decades premature. But there is more optimism that we are approaching a treatment that could prevent or slow the disease. Alzheimer's in an incredibly tough puzzle to solve. But with several dozen drugs in trials, research is clearly progressing.

Putting numbers to it, drugs treating Alzheimer symptoms rake in over $6 billion a year. With over $170 billion being spent on Alzheimer's care in the U.S. alone, a drug that could modify or slow the devastating disease is estimated to generate at least $20 billion a year. With that kind of payoff, there's little chance drugmakers will give up.

Science works best when it works slowly. With so many gaping holes in our knowledge, we could still be on the wrong track. But there's plenty of reason for hope. So long as research continues, while Big Pharma and Big Biotech may lose the next round, we will eventually win the war.

Cheryl Swanson has no position in any stocks mentioned. The Motley Fool owns shares of and recommends Biogen. We Fools may not all hold the same opinions, but we all believe that considering a diverse range of insights makes us better investors. The Motley Fool has a disclosure policy.