Increasing pricing pressure for diabetes treatments in the U.S. continue to plague the Danish pharma.

Shares of Novo Nordisk (NVO -0.33%) a Danish pharma with a large presence in diabetes care, fell 18.9% in August according to data from S&P Global Market Intelligence. A depressing outlook for next year because of increased pricing pressure from U.S. payers was to blame. 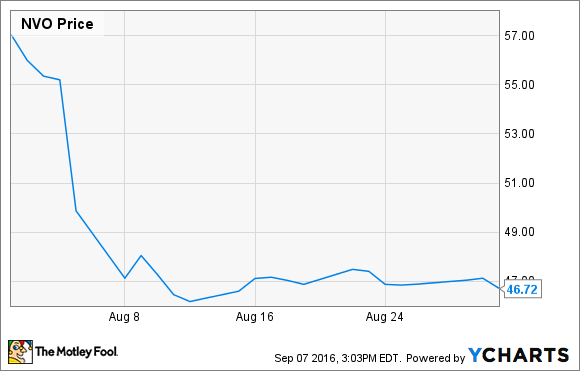 Just ahead of its second-quarter earnings report, Express Scripts once again put Novo Nordisk's lead growth driver, Victoza on its exclusion list. America's largest pharmacy benefit manager has kept the GLP-1 agonist on the most dreadful list in biopharma since it began excluding specific drugs in 2014. The middleman manages pharmacy benefits for about 85 million people in the U.S., although just 25 million are on its preferred formulary. 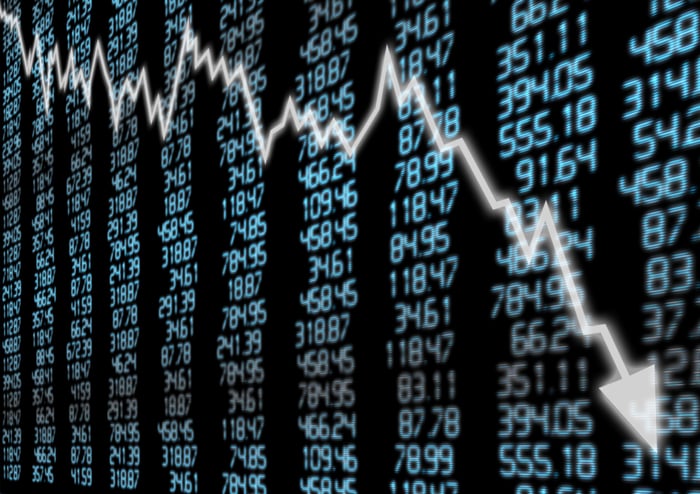 With the continued formulary exclusion fresh on investors' minds, Novo presented second quarter results that showed a 23% increase over the previous year period to $0.59 per share, with just a 4% increase in sales. Despite the improved profit margin, the market focused on remarks concerning formulary negotiations for next year. Management is expecting average prices after rebates to be moderately lower, but clearly not low enough for Express Scripts.

Victoza's fourth consecutive exclusion was a bit surprising, because earlier this year Novo Nordisk released data that showed Victoza significantly reduces patients' risk of suffering a heart attack or stroke. It's the first drug of its class to prove such an effect, but Express Scripts will list longer-lasting GLP-1 agonists AstraZeneca's Bydureon, or Eli Lilly's Trulicity as preferred alternatives next year.

Earlier this year, Novo Nordisk had hoped to earn preferred formulary status with its recently approved, long-lasting insulin analog Tresiba, but Express Scripts placed it on a higher copayment tier than other insulins. This probably magnified the effect of management's 2017 outlook, and the bad news keeps rolling in.

Earlier this month the FDA announced it would delay its decision concerning the company's new drug application for a combination of Tresiba and Victoza, IDegLira. Novo's one bright ray of light last month was the FDA's delay of Sanofi's similar combination, IGlarLixi. Now, the agency is expected to make a decision about Sanofi's combo in November, and Novo's in December. 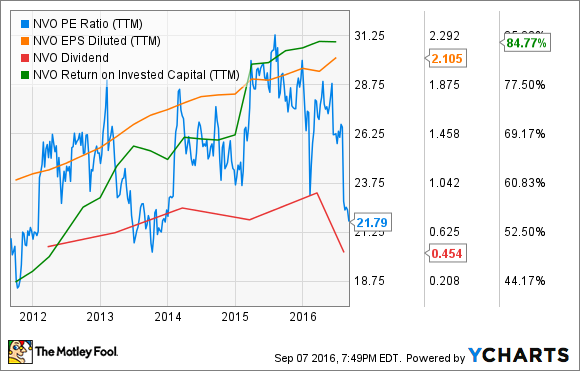 I blame the ridiculous use of capital letters for the delays. Whatever the case, Novo Nordisk stock has fallen to a trailing earnings multiple below the average stock in the S&P 500 despite posting outstanding returns on invested capital. Considering its meteoric earnings growth in recent years, and its 46% share of the global insulin market, the stock might be in value territory, even if U.S. sales dip next year. The recent addition of an interim dividend to the annual distribution makes it even more attractive.

Cory Renauer has no position in any stocks mentioned. You can follow Cory on Twitter, @TMFang4apples, or connect with him on LinkedIn for more healthcare industry insight.

The Motley Fool owns shares of and recommends Express Scripts. The Motley Fool recommends Novo Nordisk. Try any of our Foolish newsletter services free for 30 days. We Fools may not all hold the same opinions, but we all believe that considering a diverse range of insights makes us better investors. The Motley Fool has a disclosure policy.