Please ensure Javascript is enabled for purposes of website accessibility
Log In Help Join The Motley Fool
Free Article Join Over 1 Million Premium Members And Get More In-Depth Stock Guidance and Research
By Cory Renauer, Selena Maranjian, and Brian Feroldi – Sep 13, 2016 at 8:23AM

Investing in healthcare isn't rocket science, but there are a few things you should understand. 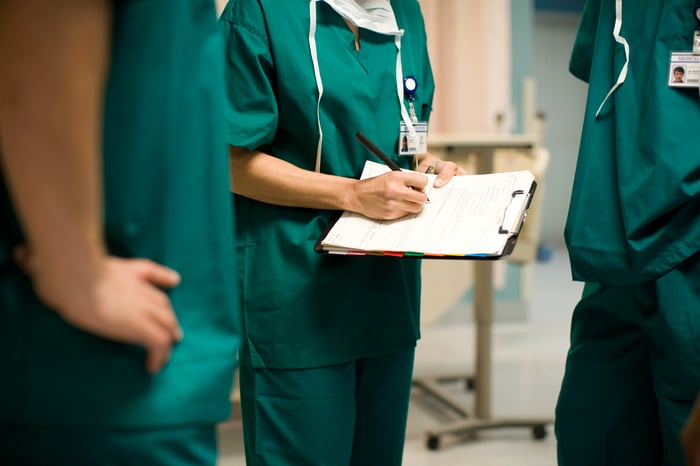 The multi-faceted healthcare sector is chock-full of opportunities for savvy investors. There are also plenty of potential pitfalls.

Understanding this complex sector of the economy can help you make better investing decisions. We asked three Motley Fool contributors to pick one important fact they think everyone should know before wading in. Here's what they had to say.

Demographics are your friend

Brian Feroldi: Did you know that every day between 2010 and 2029 roughly 10,000 baby boomers will turn 65? Or how about that, by 2050, the number of Americans age 65 or older is projected to reach 88.5 million, which is more than double the numbers we observed in 2010? Those are amazing statistics, and they should help to drive the demand for high-quality and affordable healthcare ever higher over the coming decades. That should be a nice tailwind for nearly every company that operates in the healthcare industry.

I think that one smart way to profit from the demographic shift is to buy a few shares of CVS Health (CVS -1.14%). After all, more elderly citizens will almost certainly lead to higher demand for pharmaceuticals, which plays into the company's strengths in two separate ways.

One, the company's retail pharmacy empire will undoubtedly see scripts and visits increase, especially since CVS is rolling out a nationwide network of in-store clinics that help treat minor ailments. Two, employers are going to need lots of help to control their spending on pharmaceuticals, which bodes well for future demand for CVS' pharmacy benefits-management business.

The demographic shift sets up CVS Health for decades of above-average revenue and profit growth. Shares currently are trading for only about 14 times forward earnings estimates, and they even offer up a dividend yield of 1.9%.

If you drill down to the individual level, it's still massive. Data for the Organization for Economic Cooperation and Development (OECD) showed an average of $3,453 in healthcare spending per capita in developed nations in 2015 -- and the U.S. is spending more than twice that, $8,713.

Investors digging more deeply into the numbers will find some interesting tidbits, such as: Per the Peterson-Kaiser Health System Tracker, as of 2013, the half of the population that spends the most on healthcare spends 97% of the money spent on healthcare. In other words, healthy people (such as most children and young people) spend very little on healthcare, while older and sicker folks generate some huge bills.

Specifically, "The 5% of people who spend the most on healthcare spend an average of around $43,000 annually; people in the top 1% have average spending of over $95,000. At the other end of the spectrum, the 50% of the population with the lowest spending accounted for 3% of all total health spending; the average spending for this group was $253."

Data like that can help investors understand, say, issues facing Obamacare, where younger and healthier people haven't yet enrolled in desired numbers, leaving insurers in the system with higher-than-anticipated costs. It can also point out the value in healthcare services targeting older and sicker people, such as dialysis services and nursing homes. It also drives home the importance of anticipating hefty healthcare costs in retirement. Fidelity Investments releases an annual estimate of how much a 65-year-old couple will spend out of pocket in retirement on healthcare, and their latest number is $260,000.

The price is a secret

Cory Renauer: If you're a biopharma investor, or just plain outraged by the rising prices of prescription drugs, you should understand that drug-pricing practices are extremely complex and opaque. Luckily, we have a graphic example from America's least favorite drugmaker at the moment, Mylan (MYL).

Mylan CEO Heather Bresch's attempt to shift blame for EpiPen price hikes to other players wasn't as ridiculous as it sounded. A follow-up press release gave us a rare glimpse into the secretive world of drug-pricing practices.

As Brian mentioned above, pharmacy benefit managers (PBMs), such as CVS Health, and Express Scripts (ESRX), negotiate discounts and rebates on behalf of insurers. The size of these rebates and discounts are considered proprietary information, and rarely disclosed -- even Mylan didn't include all the details in its attempt to defend itself.

Obviously, insurers aren't entitled to all the savings PBMs wrangle from drugmakers. We received a hint of how little is passed on this March when Anthem filed a lawsuit against Express Scripts claiming current pricing under a contract that began in 2009 exceeds competitive pricing by $13 billion. 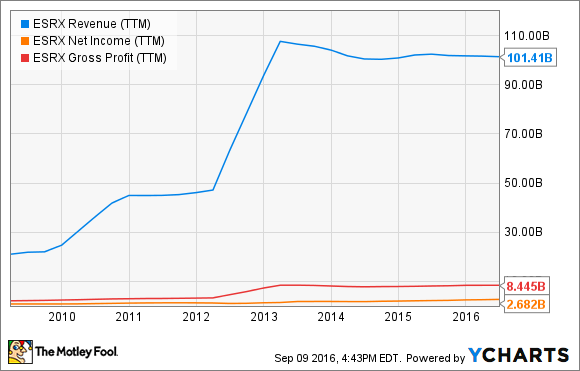 Anthem's figure seems a bit distorted considering Express Scripts' fairly narrow margins. The $15 billion in damages Anthem is seeking would wipe out years of Express Scripts profits, and Anthem is just one of the PBM's clients.

What's clear, though, is the list price quoted for drugs can be much larger than the amount of revenue drugmakers record for each sale. If you're among those who are outraged by escalating drug prices, consider recent findings from IMS Health before shaking your fist at Big Pharma. According to the analytics firm, invoice prices for branded medicines rose 12.4% last year, but rebates and other discounts limited those price rises to an estimated 2.8%.

If you're investing in biopharma stocks, multiplying the list price of a newly approved drug by the number of potential patients can lead to some exciting figures. But, since surprisingly little of that will wind up in the drugmaker's pockets, you would be well advised to curb your enthusiasm.