The company's latest version of its operating system for iPhone and iPad is here. And here's why it matters.

Ahead of the first deliveries of Apple's (AAPL -0.34%) new iPhone 7 and 7 Plus on September 16, the tech giant has just released its latest version of iOS for its mobile devices, including iPhone, iPad and iPod Touch. While iOS 10, which Apple calls its "biggest release yet," includes a wide range of new features, the most notable are a totally overhauled message experience, integration of Siri with third-party apps, and more uses for 3D Touch. 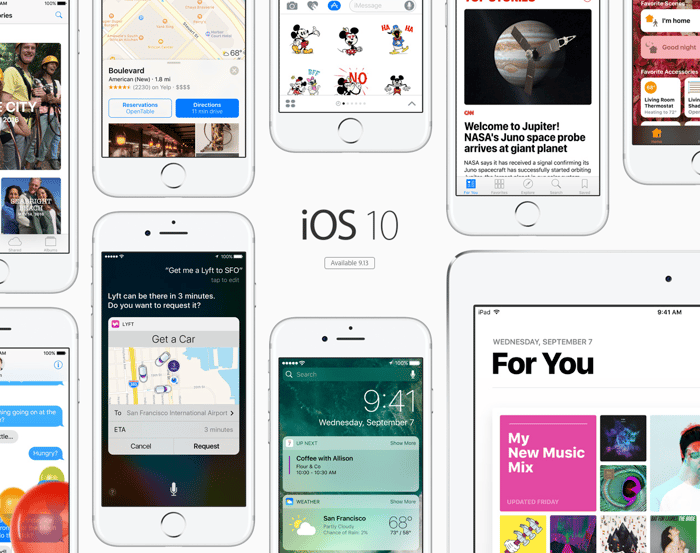 Other new features worth mentioning include:

With iOS devices accounting for about 70% of the company's revenue, an enriching iOS experience is critical for the company. Indeed, software features are more important than ever, as the company faces headwinds with product revenue growth.

Apple's iOS is a key component of the company's high customer-loyalty rates, and it reinforces the strength of Apple's robust ecosystem of hardware, products, and services.

Of course, an exceptional mobile operating system is already expected from Apple, so this isn't thesis-altering news. But it's definitely an important piece of what gives Apple its staying power.