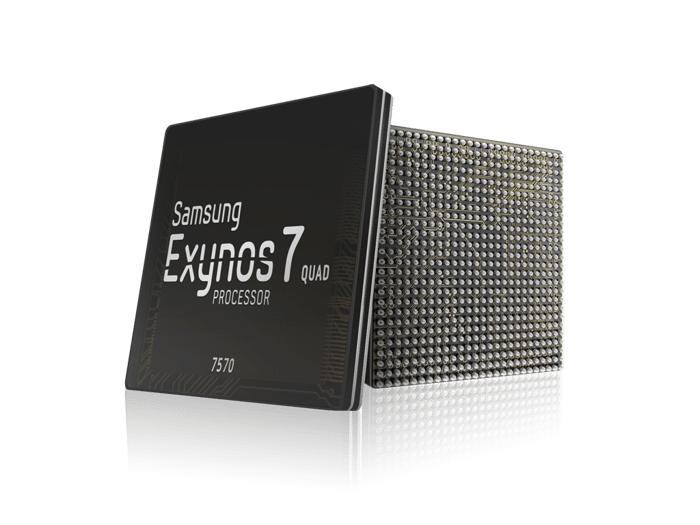 According to a report from Digitimes, consumer-electronics giant Samsung (NASDAQOTH: SSNLF) is "looking to invest heavily in its OLED business." This heavy investment, the report says, "will squeeze [capital expenditures] on its other operations, particularly the foundry segment."

For those unfamiliar, OLED is a type of display technology used in smartphones and other consumer-electronics devices. And "foundry," in this case, refers to Samsung's contract chip manufacturing work for chip design companies that don't own and operate their own manufacturing plants.

Digitimes' industry sources reportedly say that Samsung's emphasis on building out its OLED display business "could put Samsung at a disadvantage when competing against [Taiwan Semiconductor Manufacturing Company (NYSE:TSM)] in advanced technologies."

In fact, Digitimes' sources even say that "there is a chance of Qualcomm moving back to TSMC for 10 [nanometer]." Those same sources, the report claims, had "previously suggested TSMC would win back its Qualcomm business in 7 [nanometers]."

Does this report make sense? If so, what implications could it have on Samsung and, potentially, the semiconductor landscape as a whole? Let's take a closer look.

Squaring things up with business realities

Although Samsung has made quite a lot of noise around its contract chip manufacturing business, it doesn't appear to be particularly successful. For a while, Samsung had a large anchor customer in the form of Apple (NASDAQ:AAPL) and its A-series processors. Up until the A8, Samsung was Apple's sole manufacturing partners for these chips.

However, Samsung was completely shut out of the A8, with TSMC winning all of those orders. Samsung was back in the loop with Apple's A9, and it even reportedly got the majority of the chip orders for that generation, but it's believed that Apple's recently announced A10 Fusion chip is, once again, a TSMC exclusive.

According to Economic Daily News, TSMC is going to be the exclusive supplier of the A11 chip on its upcoming 10-nanometer manufacturing technology -- something that jibes with TSMC's own market share expectations during the 10-nanometer generation.

From a business perspective, Samsung's decision to de-emphasize leading-edge chip manufacturing almost seems like a no-brainer. If Apple is gone and if Qualcomm was already planning to ditch Samsung for TSMC at the 7-nanometer generation anyway, then what incentives does Samsung have to continue to make the significant capital expenditure and research-and-development investments required to stay competitive here?

In contrast, if a broad shift to OLED displays in smartphones and other applications is imminent -- Apple is expected to adopt OLEDs for its 2017 iPhones, for example -- and if Samsung is a leading manufacturer of such displays, then it might make a lot of sense to invest in capacity and technology to capitalize on this demand and try to maintain a strong competitive positioning.

The implications for the semiconductor industry at large

If Samsung were to effectively "drop out" as a contract chip manufacturer, then this would probably prove to be a near- to medium-term positive for TSMC. With very little competition in leading-edge technologies, TSMC gains pricing power, which could help it to maintain or even grow its gross profit margin, which came in at an impressive 51.5% last quarter and is expected to be in the range of 50% to 52% in the current quarter.

Conversely, this would be a negative for companies that rely on contract chip manufacturers to build designs on cutting-edge chip manufacturing technologies; TSMC's gaining pricing power could mean increased costs for these companies, ultimately leading to lower gross profit margin for them.

This could also open up an opportunity for microprocessor giant Intel (NASDAQ:INTC) to try to step in and potentially fill the void that Samsung might leave behind. However, Intel doesn't have a track record as a contract chip manufacturer, so it might be a while before it could be a realistic alternative to TSMC in this market.