Please ensure Javascript is enabled for purposes of website accessibility
Log In Help Join The Motley Fool
Free Article Join Over 1 Million Premium Members And Get More In-Depth Stock Guidance and Research
By Daniel B. Kline – Sep 14, 2016 at 3:36PM

When it comes to picking the top movie stocks, television stocks, or shares of companies which do both, franchises and distribution are key.

The past few years have been a bit dicey for media companies, making it more challenging to pick the best media stocks to buy now.

It's no longer just a case of current results making the best media stocks -- long-term prospects matter more than ever before. Since it's unclear exactly how movies and television will be distributed in the future, either the best media stocks have their distribution bases covered, or they own such strong content that people will seek it out no matter where it gets released.

On the television side, the current distribution channels have been challenged, with streaming services threatening the lucrative pay-television status quo. In the film business, blockbusters have become even more important, and establishing a franchise has never meant more.

To be a top media stock you have to be prepared for a world in which content has become more important than it ever has been. 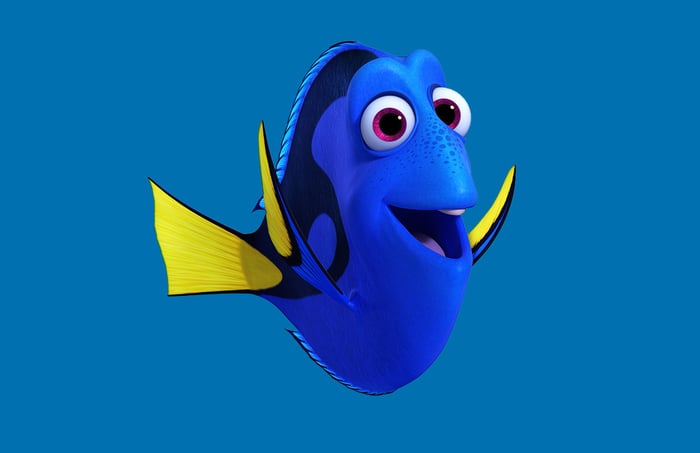 Disney has the franchises

Walt Disney (DIS -0.01%) may be the top media stock on this list, simply because it has the strongest content. The company has a library of family classics which it can exploit for decades to come. Whenever children are born, Disney's archive gets new life; the company has over the years profited from theatrical reissues, VHS tapes, DVDs, its family of cable networks, and now streaming.

On the movie side, Disney has an ability to grow that base by smartly releasing sequels and brand expansions for its core lines. The company has Pixar, Marvel, and its own animation brand, as well as Star Wars and Indiana Jones. Those brands/properties are good for at least five near-guaranteed hits each year: Call it two Pixar films, a Marvel movie, a Disney animated feature, and a Star Wars film.

That's a conservative estimate, given Marvel's expanded output, and it doesn't even factor in the rest of the company's intellectual property.

In addition to having perhaps the best movie lineup of any top media stock, Disney also has its own distribution. Owning ABC and the various Disney cable channels (including ESPN) may dim in value if the number of people dropping cable for streaming services grows, but with the company owning so much premium content (including ESPN's rights deals), it will be able to reach an audience no matter how the distribution methods shift.

Disney already has its own streaming service in parts of the world, it has a strong partnership around the Marvel brand with Netflix (NFLX -2.04%), and it has plans to stream some ESPN content. In general, with its mix of must-see properties, children's programming, and sports, it may be the company best suited for any changes that may be coming.

While Comcast's (CMCSA 0.34%) array of movie franchises may not quite equal Disney's, the company still has a pretty impressive pipeline of almost-certain hits. The company owns the Despicable Me and Minions films, Jurassic Park, The Fast and the Furious, and the Bourne movies. It also just bought DreamWorks Animation, which gives it Shrek, Kung Fu Panda, and How to Train Your Dragon, among others.

Many of those films are also TV properties, and as Disney can at its theme parks, Comcast can leverage its owned content at its Universal Studios parks (which also have the lucrative Harry Potter license). Unlike its rival, Comcast does not have as strong an array of cable channels. It does own regional sports networks, which would likely do well in a streaming world, but in that area it falls behind the Mouse House.

What Comcast does have is its own pipeline. The company stands as the top broadband provider, with nearly 24 million customers, and as the No. 2 pay-television provider behind AT&T (due to the latter's DIRECTV brand), according to numbers compiled by Leichtman Research Group. Cable has been waning slightly industrywide, but Comcast has bucked that trend, losing 36,000 customers in 2015, then gaining 53,000 in the first quarter of 2016, before posting a loss of 4,000 in the second quarter.

That's impressive, given that the industry lost 665,000 subscribers in Q2. But even if cord-cutting catches up to Comcast, the top media stock should more than make up for it with broadband gains. The cable and internet leader added 1.36 million broadband customers in 2015, then gained another 438,000 in Q1 2016, followed by adding another 220,000 in Q2.

Comcast may not have Disney's impressive network of cable channels, but it has franchises, regional sports, and the underlying pipeline which every content company needs. That balance may shift from cable customers to broadband ones, but subscription revenue will provide a solid base for the company's media empire going forward.

Netflix is the king of the new

Netflix does not have the franchises that either of its rivals have. It has hit shows -- even some very big hits -- but it does not have the billion-dollar franchises which cross from film to TV to products and theme parks. What it does have is subscriber revenue, and a very sustainable way to keep it.

The company closed second quarter 2016 with nearly 80 million paid subscribers. That's a number which has steadily grown from quarter to quarter, and there's no reason to believe it will slow down anytime soon.

Unlike Disney and Comcast, which need a steady stream of hits, Netflix simply has to offer enough to keep its customers happy. Instead of having to get people to a movie theater, Netflix only has to have enough original programming or licensed shows to keep its subscribers from canceling. That's a lower bar than its rivals face, and it means that the company can count on around 80 million people each month to pay roughly (it varies by country) $10 a month in perpetuity.

Of course, Netflix has some subscribers who join for a month, watch a bunch of shows, and then leave for a period. But most people are not working the system; they subscribe because they have a show or two they are watching in a given month, or one they are waiting for in the near future.

It's a smart business model where hits can help, but are not necessary. Netflix does not need home runs, as long as it delivers lots of singles and doubles and keeps its user base feeling they get value for their dollars.

Daniel Kline has no position in any stocks mentioned. He has never seen either Pixar Finding Nemo/Dory movie.

The Motley Fool owns shares of and recommends Netflix and Walt Disney. We Fools may not all hold the same opinions, but we all believe that considering a diverse range of insights makes us better investors. The Motley Fool has a disclosure policy.