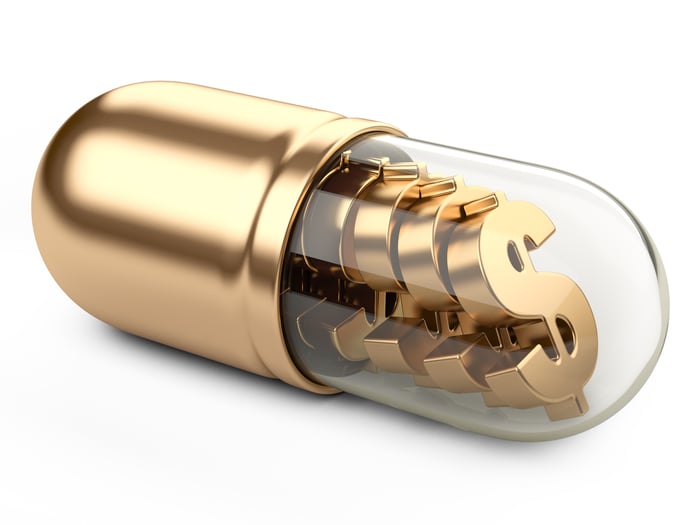 Rare-disease-focused Sarepta Therapeutics (SRPT -1.28%) fell by as much as 10% in early morning trading Thursday, after a Wall Street analyst issued a bearish note on the company's stock.

Sarepta's shares skyrocketed yesterday after news broke that Dr. Ronald Farkas, an FDA advisory committee member tasked with reviewing Sarepta's Duchenne muscular dystrophy (DMD) drug eteplirsen, had decided to leave the agency. Many believed that Dr. Farkas was one of the drug's biggest detractors, so the news of his departure caused some to think Sarepta's chances of winning approval had increased.

However, Gena Wang, an analyst from the investment firm Jefferies, disagrees with that assessment.

Wang hosted a call with a FDA regulatory expert shortly after news broke of Dr. Farkas' departure. During the call, Wang asked the expert if there was likely to be an increase in the chances of approval, and the expert stated that there was not.

As a result, Wang reiterated her firm's underperform rating on the company's shares and stuck with its price target of $7.00. For perspective, Sarepta's shares closed at $32.45 yesterday.

Wall Street appears to have renewed worries about the drug's chances of winning approval, which is why shares are tumbling today.

In April, when the FDA advisory committee review was voting on an accelerated approval of eteplirsen, the tally came to six votes for and seven against, showing just how divided the panel was on its recommendation decision.

In response to the committee's decision, the FDA has decided to indefinitely delay its approval decision. In addition, the agency has asked Sarepta to provide additional clinical information on the drug before issuing its final ruling.

Handicapping this drug's chances of regulatory success is incredibly difficult. On the one hand, eteplirsen is the DMD community's last chance after the FDA refused to accept PTC Therapeutics' Translarna application and outright rejected BioMarin's drug drisapersen. Given the unmet medical need of this life-threatening disease, there is huge pressure on the agency to approve something.

On the other hand, the FDA was clearly not satisfied with what it saw in the eteplirsen application, and there's no guarantee that simply providing more clinical data will show that the drug is any more effective.

Given the huge uncertainty of this situation, Sarepta Therapeutics' shares are likely to remain highly volatile until we have a definitive answer. Without a firm timeline in place, there's no telling how long that might be, so I, for one, plan on avoiding Sarepta's shares for the time being.

The Motley Fool recommends BioMarin Pharmaceutical. We Fools may not all hold the same opinions, but we all believe that considering a diverse range of insights makes us better investors. The Motley Fool has a disclosure policy.

Why Sarepta Therapeutics Stock Is Perking Up Today
366%