Is Cameco stock headed lower, or is now the time to buy? Two Fools offer their views for each side. 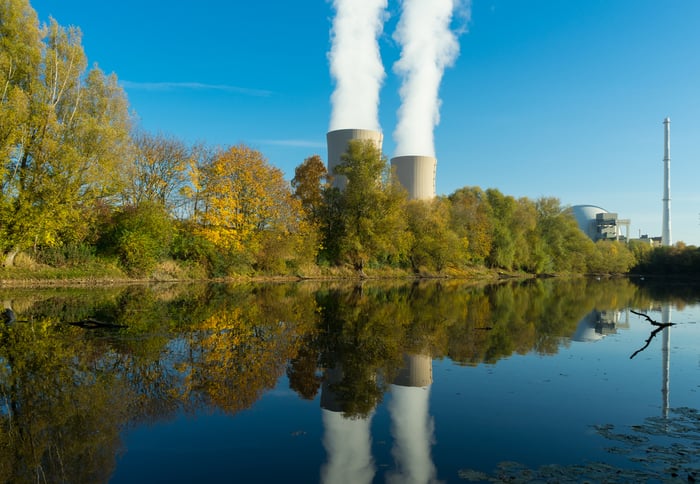 Just as Cameco Corporation (CCJ) was drawing up a road map to exploit the enormous growth in demand for nuclear power, the Fukushima disaster turned the nuclear industry, and Cameco's fortunes, upside down overnight. Cameco stock is trading at less than half its 2011 values today.

The outlook for nuclear power, however, has improved substantially in the past year or so as several reactors have come on line, proving that uranium-fueled nuclear reactors remain a powerful and reliable source of power. That should be great news for Cameco, one of the world's largest uranium producers and a pure-nuclear play. Or is it too early to get excited given the glacial pace of reactor restarts, the overhang of global nuclear regulations, and the recent plunge in uranium prices? We asked two of our Fool contributors whether it's time to buy -- or avoid -- Cameco now. Here's what they had to say.

Cameco: An underrated growth story in the making

Neha Chamaria: I'm wary of mining stocks, but I simply couldn't ignore the number of nuclear reactor headlines that have hit my inbox in recent months. Japan's fifth reactor, Ikata 3, resumed operations last month, and another 20 are in the approval phase. Currently, there are 60 reactors under construction worldwide, including roughly 20 in China alone. If anything, these statistics signal the revival of nuclear power and demand for uranium. Cameco should be a key beneficiary of an uptick in demand for uranium given its scale of operations and foothold in the industry. It accounted for 18% of global uranium production last year.

In fact, Cameco's 2015 annual report suggests that it already has its hands full, with commitments to sell about 190 million pounds of uranium through 2018. That's more than six times the amount of uranium it sold in 2015. To meet demand, Cameco is aggressively ramping up production, with focus on its Cigar Lake project, which boasts high-grade, low-cost ore. Lower costs should prove handy at a time when uranium prices are under significant distress.

I believe uranium prices should bottom in the near future, too, as demand rises faster than supply. That, coupled with lower costs, should boost Cameco's revenue and profits, allowing it to maintain its dividend streak. You might be surprised, but Cameco hasn't missed a dividend since 1991. Yes, even through the Fukushima disaster that almost brought Cameco's survival into question, management made it without a dividend cut. That's incredible, to say the least, and a great reason to buy the stock for the long haul, especially given its attractive price and 3.4% dividend yield today.

Cameco is no slam dunk

Reuben Gregg Brewer: I happen to like the Cameco story, so I'm generally positive on the stock. But that doesn't mean that there aren't things that worry me about it. For example, uranium and nuclear power have a major image problem. It's kind of like the airline industry, where one disaster gets headlines while the millions of safe flights go completely unnoticed. The catastrophic nature of a nuclear meltdown grabs the headlines and suddenly everyone hates nuclear power.

After the Fukushima disaster in Japan, for example, Japan shut all of its reactors, and Germany swore off nuclear power, too. You can argue whether such choices are good or bad, but they show that there's a pent-up fear of nuclear power that will always pose a headwind to the energy source. If you can't stomach that, and the volatility that goes with it, you shouldn't own Cameco.

Then there's the issue of Cameco's expectations for the growth of the uranium market, which will depend on demand from emerging markets like China and India. Those two nations are currently building 27 new reactors, with China expected by some to have as many as 100 new nuclear power plants by 2030. So there's good reason to buy into the story. 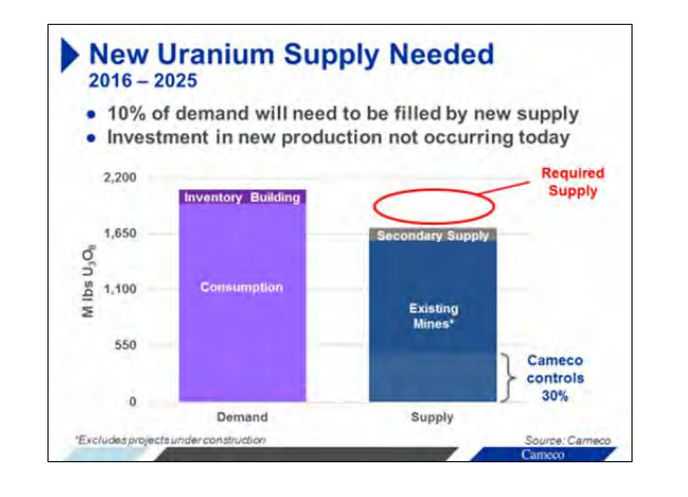 However, China has also been expanding its presence in the uranium-mining arena. Uranium prices have been so low that it makes sense for the country to buy on the open market. But higher uranium prices could actually lead to lower demand from this nation if it starts to use its own mines to supply its needs. If that were to happen, Cameco's growth projections could turn out to be on the rosy side. That doesn't mean that there won't be demand -- just that it might not be as robust as expected today. If you can't accept a little variation in Cameco's positive outlook, then maybe you'd be better off somewhere else.

Then there's the issue of alternatives. Solar and wind are increasingly viable options competing with other fuel sources. And while uranium can claim to be a low-carbon fuel, it is time-consuming, expensive, and technically challenging to build. Solar and wind aren't free and easy, but they certainly aren't as difficult as nuclear power. As solar and wind technology continues to advance, nuclear could find it more difficult to compete. Add in the fuel's image problems, and renewable alternatives look even better. If you buy Cameco, this is an issue you have to keep in the back of your mind.

There are good reasons to buy Cameco today. But don't get so caught up in the positives that you forget to examine the risks. These are a few of the big-picture issues that give me pause. You might find they are just enough to keep you away from the world's largest publicly traded uranium miner.