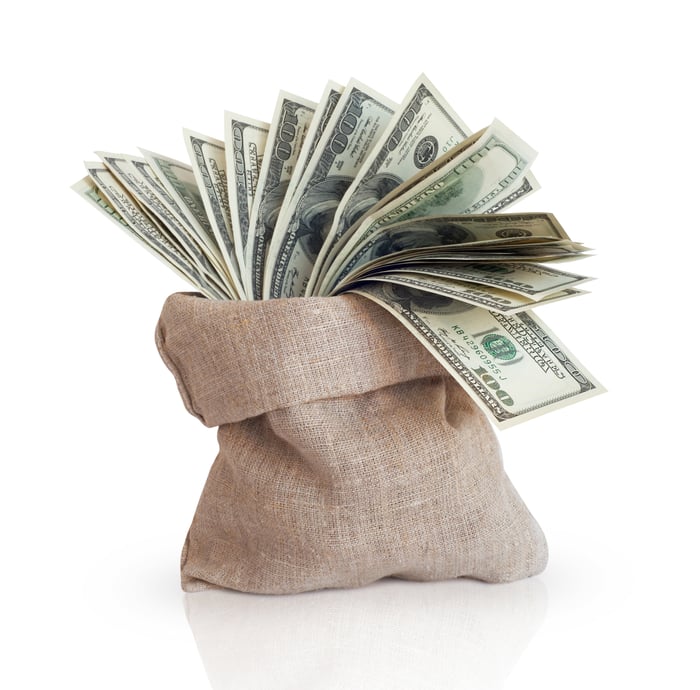 There are a handful of things InvenSense (NYSE:INVN) needs to fix before I'd feel comfortable investing in the company. One of those entails diversifying its revenue away from Apple and some other players. That's why it's promising to see the company focusing some of its attention on the augmented/virtual reality market and drones.

Here's why these rapidly growing technologies could open up some great opportunities for InvenSense.

InvenSense makes motion sensors (accelerometers and gyroscopes) that track movement, primarily for mobile devices. InvenSense's sensors are some of the best, and Apple and Samsung have both counted the company as a key supplier for their devices. In fiscal 2017, InvenSense said its "largest customer" -- widely accepted as referring to Apple -- accounted for 46% of total revenue. Meanwhile, Samsung now accounts for less than 10% of the top line, down from 14% in its fiscal fourth quarter. While these two tech juggernauts have seen mobile sales flounder lately, they've still put significant pricing pressure on InvenSense.

But the company is finding new ways to implement these technologies -- and AR and VR are promising avenues.

In VR, headsets track movement to help create an immersive experience. But to create the best experience, you need smooth and fast motion-tracking, and InvenSense's top-of-the-line sensors could become the gold standard. To help tap this market, the company debuted its ICM-20603 6-axis inertial sensor this past July, specifically targeting AR and VR. The company says the new sensor allows for faster refresh rates and tighter alignment for head-tracking motion.

Additionally, the company believes the recent release of the popular AR game Pokemon Go will make other app developers and tech companies more eager to produce augmented reality content. This could, in turn, push up demand for the company's motion sensors in lower-end smartphones that don't currently feature its products.

Given strong consumer demand, we expect to see the emergence of many more augmented reality applications and games beyond Pokemon Go, and we believe that their proliferation in mobile devices will expand our TAM to the mid-tier and low-tier SmartPhone markets for high-performance gyro.

DigiCapital estimates the AR and VR market will be worth $120 billion by 2020. Not all of that will come from component sales, of course, but with InvenSense's current mobile sensors expanding into new phones for AR, and its new VR/AR sensor for headsets, the company should be able to parlay its technology into a strong position in these markets.

The other massive opportunity for InvenSense comes from drones. Management has said there are now more than 30 million recreational drones sold each year, across multiple tiers, and InvenSense has design wins in all of the leading brands, including DJI and Parrot.

Further, sophistication and the need for performance and reliability in consumer drones continues to increase. In turn, the additional sensor content required for new use cases, such as EIS, OIS, and navigation, presents an attractive opportunity with significant higher dollar content than in mobile.

The benefit of this market for InvenSense is the ability to sell multiple products into the same device. From Abdi again:

Today in the high-end drones, we have multiple inertial sensors, and we think that -- and that's actually opened up for us in terms of the integration of other features, EIS where we can get multiples of dollars instead of multiples of cents. That's pretty exciting for us.

Sales from drones are expected to hit $12 billion by 2021, according to BI Intelligence, up from $8 billion this year. And with the company able to sell more components into drones than mobile devices, InvenSense shareholders should be pleased with the potential opportunity in the market.

InvenSense is working on its revenue diversification, and I still believe the company needs to distance itself from its dependence on Apple. But it's clear the company is planning ahead and finding new ways to get its sensors into growing markets and technologies. It's still unclear how successful the company will be pursuing these efforts, but InvenSense has a good shot at snatching significant market share in AR, VR, and drones.