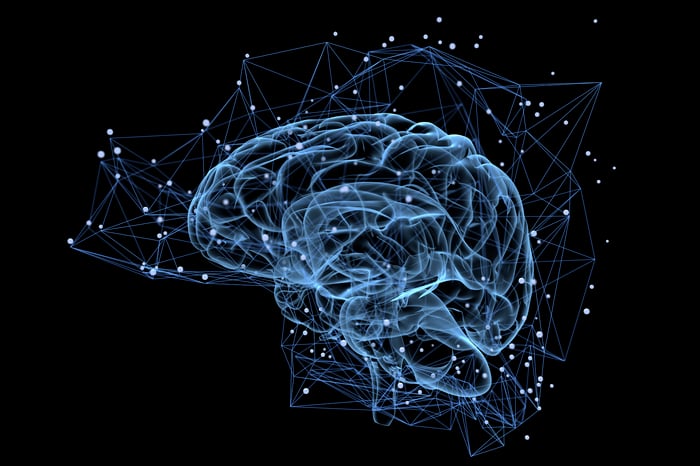 Over the years, Alphabet and Facebook have invested in everything from walking dog robots to autonomous high-altitude wind turbine planes. While not always directly related to the core business, these investments provide an outlet for generous cash flows and may open up future business opportunities. At the very least, crazy science projects generate buzz for the company, which certainly doesn't hurt.

However, these two aren't the only tech companies that invest heavily in far-fetched scientific endeavors in hopes of big payoffs. Microsoft (MSFT -0.31%) employs hundreds of scientists through the powerful entity known as Microsoft Research, which has contributed to nearly every product sold by the company in the last several decades. In fact, Microsoft Research made significant contributions to voice-recognition software, the smartwatch, and global mapping programs. It even invented the tablet.

Perhaps annoyed that Microsoft wasn't the first to benefit commercially from its many inventions, at the beginning of 2015, management decided to revamp its in-house R&D pipeline and allow its scientists to take bigger risks. Here are three fascinating R&D projects that you probably didn't know Microsoft was pursuing.

In 2015, Microsoft began the "biggest Turing test in history" in China with its advanced chatbot named Xiaoice, which can respond to questions and participate in conversations with human-like answers. At the beginning of this year, an estimated 40 million individuals were using the service.

That makes Xiaoice an important public test of artificial intelligence for Microsoft, not only for the data acquired but also because it's built on the company's Bing search engine. Some learnings can be plowed back into other internal projects that rely on Bing and artificial intelligence, which range from the virtual assistant Cortana to new features of Office 365 and the mobile keyboard app Swiftkey. Other learnings could eventually lead to new services powered in part by Microsoft technology, from mental health apps to the "brains" behind new smart devices around the home.

Of course, as the infamous chatbot Tay demonstrates, there are a few kinks to work out before some of the potential of artificial intelligence can be fully realized.

Microsoft sees a big future for wearables -- and it has been putting its money where its mouth is. The company teamed up with MIT Media Lab to create DuoSkin, a wearable tattoo that could be used as a touchscreen to control mobile and smart devices. Right now, the temporary wearable tattoo is just a project, meaning data collected is purely for research purposes only, but that knowledge gained will contribute to the underpinnings for future potential wearable devices unlike anything currently on the market.

Fear not, as closer-to-commercialization wearables are also coming down the pipeline. Microsoft's augmented reality headset, called HoloLens, has received spectacular reviews from early developers -- marking a turnaround from previous hardware (Xbox 360 and first-generation Surface tablets) that were plagued by quality control issues at launch. It's lightweight, completely wireless, and unlike virtual reality competitors, allows users to see both the real world and an augmented one. The company is currently selling developer sets to select customers for $3,000, although there's no word on mass market pricing just yet.

Believe it or not, Microsoft has begun ramping up investments in biotechnology and engineered biology. Together with University of Washington, Microsoft stored 200 megabytes of data in strands of DNA. While 0.2 GB isn't an impressive amount of data, researchers were able to store it in an incredibly small space. In fact, the data storage density of DNA could allow all of the data in a big data center to be stored in a volume equivalent to a few sugar cubes. All of the world's digital data could fit into the back of a handful of vans. It's very early, but DNA data storage could very well be the future.

Meanwhile, in April, Microsoft partnered with engineered biology start-up Synthace, which will utilize Azure cloud analytics and machine learning to more efficiently design industrial microbes capable of producing chemical compounds spanning pharmaceuticals, flavors and fragrances, surfactants, and more. The strategic partnership enables Synthace to cover more of the design space involved in genomics, drug discovery, and manufacturing without the need to employ hundreds of R&D scientists. As more and more engineered biology companies turn to machine learning and even artificial intelligence, Microsoft's early foray into the field could provide it a head start in a potentially lucrative new business.

Information technology companies are looking to capitalize on growing trends in machine learning, artificial intelligence, and virtual and augmented reality. While no one may quite know what the next big product will be or look like, having a strong research arm will be critical to expanding the number of shots on goal. It may go relatively unnoticed, but Microsoft Research is capable of hanging with the more well-known skunkworks of the tech elite.