Did the FDA do the right thing approving eteplirsen? 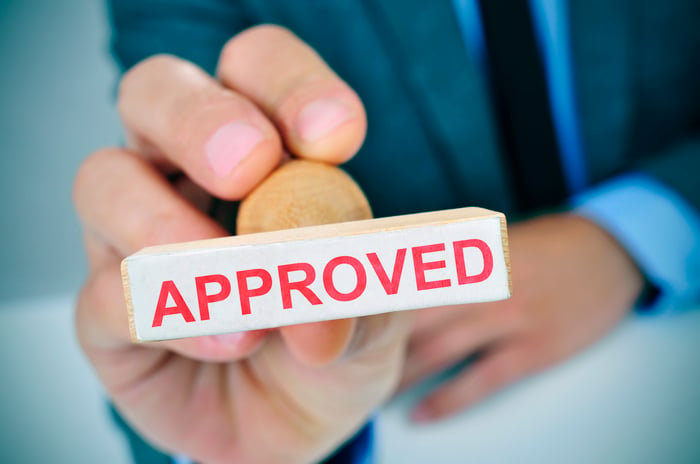 On Monday, the FDA approved the first ever treatment for Duchenne muscular dystrophy (DMD), a rare but crippling disease. The highly anticipated decision brought a moment of euphoria for DMD patients and their families. But they're not the only ones celebrating -- shares of the drug's maker, Sarepta Therapeutics (SRPT 0.14%), shot up 90% at one point, demonstrating that approval had been anything but a shoo-in.

Whether or not to approve eteplirsen has been a heated battle for months, with proponents pointing out that it is the only therapy that can save these boys' lives. And yet, the drug had limited data backing its efficacy, and it's sure to cost a fortune. Did the FDA make the right decision?

The case for approval

DMD is an awful disease that affects just 1 in 3,600 boys and is caused by a mutation in the gene responsible for producing dystrophin, a muscle function protein. The disease slowly destroys patients' muscles and results in death, often by age 30. Sarepta's drug platform intends to boost production of dystrophin via a process called exon skipping. Management estimates that approximately 13% of DMD patients can benefit from eteplirsen and its specific exon target. If the platform as a whole is shown to work, Sarepta's drugs could potentially treat up to 80% of DMD patients via exon skipping.

In April, the FDA held a a panel hearing during which impassioned patients and their caregivers wove stories of eteplirsen's seemingly miraculous efficacy and pleaded for approval. For these boys, who had previously faced certain death and no treatment options, any improvement in their condition was to be heralded, despite limited clincial data. Eteplirsen was shown in trials to increase dystrophin levels in some patients, which should in theory predict a clinical benefit for them.

The director of the FDA's Center for Drug Evaluation and Research, Janet Woodcock, spearheaded the argument for approval, noting that the FDA has the flexibility to consider criteria in addition to data -- such as personal testimonial. Not all agreed, however, and the FDA's advisory committee (which influences but does not mandate final decisions) voted 7-6 that the evidence just wasn't there.

The case for rejection

The advisory committee's recommendation for rejection centered on hard evidence -- or lack thereof. Sarepta had run a single trial involving treating just 12 boys and comparing them to a historical standard. Not only is this design weaker than a trial with an actual control group, but the result was not even statistically significant. The documents sent to the FDA advisory committee prior to its April meeting warned that the "FDA has concerns regarding the comparability of treatment groups and the overall persuasiveness of the historical control comparison. ... In fact, the clinical course of the 12 patients participating in Study 201/202 appears to be within the expected natural history of DMD."

The FDA's job is to evaluate hard data on efficacy to ensure that only drugs with a proven clinical benefit can be prescribed. The regulatory system is designed to protect consumers. A doctor can give a patient in need an investigational drug through expanded access (or compassionate use) if he or she has a hunch that it's in the patient's best interest. But when it comes to formal approval, it's the job of FDA officials to give the green light only to proven therapies, without being distracted by emotions.

While it's impossible to ignore altogether the emotional pull of patient community pleas, allowing these softer persuasions to dictate a decision sets a bad precedent. Aside from the obvious safety risk inherent in approving unproven drugs, it's also worth noting that treatments for rare diseases are often astronomically expensive. Eteplirsen, for example, will cost $300,000 annually -- a heavy expense to add to already-growing healthcare costs for a drug that we're not completely sure even works.

This story has been a highly emotional one to watch and highlights an intense conflict facing the FDA: Take your time approving a drug for an unmet need and lives are lost. Rush it and you might approve a drug that does more harm than good. There is, fortunately, a route that the agency can take that is somewhat of a middle ground: conditional approval.

Indeed, eteplirsen's approval was conditional. Technically, the green light came in an "accelerated approval," meaning that Sarepta will still have to provide more proof of efficacy as it becomes available. Sarepta will be required to conduct another trial to confirm that eteplirsen improves motor function of the target patient group. If all goes well, the approval will remain; hopefully, the patients in question will finally have the cure they've been waiting for, and the FDA's decision will be vindicated.