It's better to give cash back than to waste it.

Yesterday, software giant Microsoft (MSFT 0.13%) announced that it was boosting its quarterly dividend by $0.03, representing an increase of 8%. Microsoft's dividend payout was already pretty solid, and the increase makes the yield even more generous. At current prices, Microsoft's dividend yield is now a healthy 2.7% that is likely to satisfy most dividend investors. 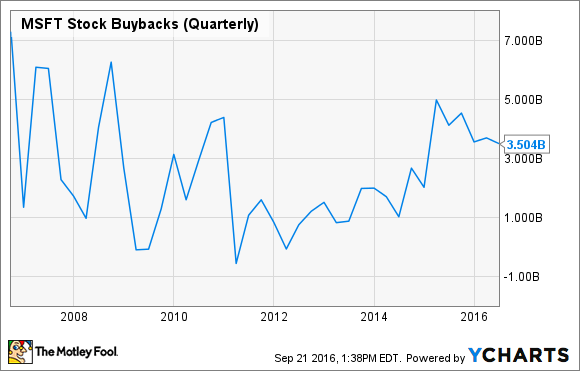 That's a pretty strong commitment, and a great use of cash.

Better than wasting it on blockbuster deals

Microsoft is no stranger to ongoing buybacks. While this new program isn't larger than the last one, it reaffirms Microsoft's commitment to returning cash to shareholders in an accretive fashion. The company's shares outstanding have been steadily declining over time as Microsoft buys back more than it doles out to employees and insiders, delivering tangible benefits to investors in the form of earnings accretion. 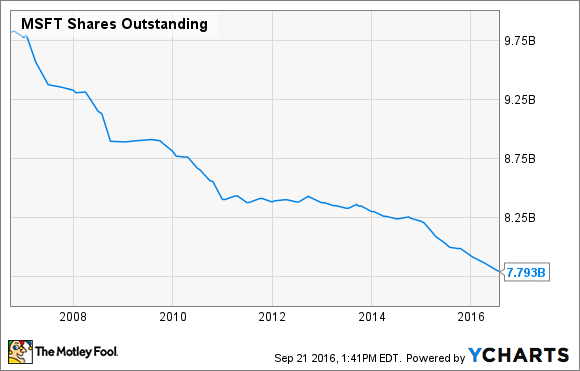 Much like its rival from Cupertino, I would expect Microsoft to continue funding share repurchases with debt. Just last month, Microsoft completed its largest bond offering ever, raising nearly $20 billion in fresh cash with maturities ranging from 2019 to 2056. That's needed considering the fact that of the $113.2 billion in total cash that Microsoft had at the end of June, a whopping $108.9 billion of it was held abroad. That wouldn't leave much cash for capital returns, which is why the debt raise was necessary.

This is all particularly pertinent given Microsoft's tendency to blow a bunch of money on dumb acquisitions. For instance, the company was reportedly debating an $8 billion acquisition of Slack, which would have almost certainly ended badly, at least at that price point. It's a good thing CEO Satya Nadella shot that idea down.

Evan Niu, CFA has no position in any stocks mentioned. The Motley Fool owns shares of Microsoft. We Fools may not all hold the same opinions, but we all believe that considering a diverse range of insights makes us better investors. The Motley Fool has a disclosure policy.