Please ensure Javascript is enabled for purposes of website accessibility
Log In Help Join The Motley Fool
Free Article Join Over 1 Million Premium Members And Get More In-Depth Stock Guidance and Research
By Daniel Sparks – Sep 23, 2016 at 10:31AM

Remember when the media scoffed at Facebook's $22 billion bet on messaging? Those days are over.

But the opportunity didn't always look this good.

From crazy to sensible

It's taken a while for investors to warm up to Facebook's big bet on messaging. The social network's $22 billion purchase of WhatsApp in 2014 was viewed mostly as irrational in the media. After all, WhatsApp was only generating about $10 million of annual revenue at the time. Likewise, Facebook's decision to separate its own Messenger from the main Facebook app about two years ago sparked lots of controversy. But with both Messenger and WhatsApp now exceeding 1 billion monthly active users, and these messaging platforms' capabilities stretching far beyond text messaging, Facebook's messaging bet is beginning to look very smart.

The importance of Facebook's growing messaging service is particularly evident in recent updates for Messenger.

Cross-platform messaging gets a major endorsement

In Apple's September iOS 10 update, the iPhone maker included an important a new feature that highlighted just how integral messaging apps like Messenger and WhatsApp are becoming to users' lives. The September-launched iOS 10 gives cross-platform messaging services prime integrated real estate on iPhone and iPad. This means messages and phone calls from services like Messenger and WhatsApp now come through in the same way cellular SMS messages and phone calls do.

Facebook took advantage of this integration, which Apple refers to as CallKit, in an update for its Messenger app this week. Calls from Messenger will now appear in the iOS lock screen the same way standard cellular calls do. In addition, Messenger calls will come through Apple's CarPlay platform.

With Apple endorsing cross-platform messaging apps as a primary way of communicating by giving them prominent space on iPhones, Apple confirms just how important services like Messenger and WhatsApp are becoming.

Facebook also continues to push the limits of what its Messenger app is capable of. Earlier this month, the company rolled out a beta feature allowing users to purchase products and services from businesses within the Messenger app, an enhanced mobile web experience enabling users to interact with businesses' mobile websites within Messenger, and the ability to instantly video chat when an active Messenger conversation is open. 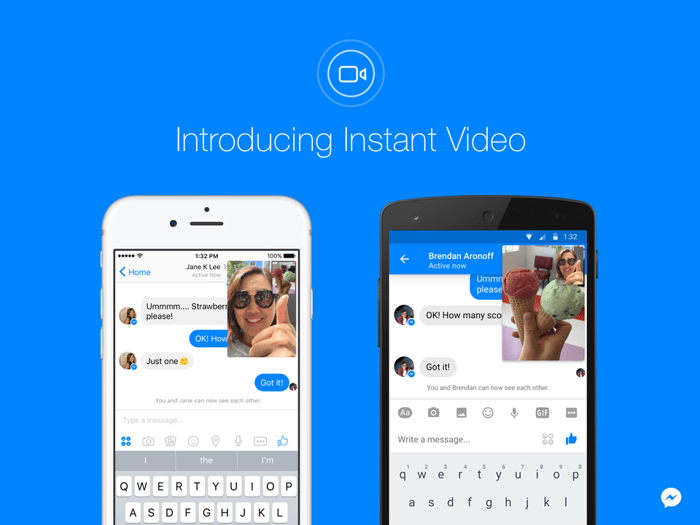 Facebook's ambitions for its messaging apps clearly go far beyond SMS. As CEO Mark Zuckerberg said during the company's second-quarter earnings call, "The scale we've achieved with our messaging services makes it clear that they are more than just a way to chat with friends."

Soon, investors will start seeing the early stages of meaningful monetization for Messenger. CFO Dave Wehner explained during the company's second-quarter earnings call how the social network's three-phase approach will turn both Messenger and WhatsApp into profitable businesses.

Phase one is really growing the user base and engagement and we're really pleased with where we are with Messenger and WhatsApp from that perspective, both over 1B Monthly actives. Second phase is really working on building organic interactions between businesses and consumers. And then finally the third phase is about building those commercial opportunities.

Which phase is Messenger in today? Phase two, Whener explained.

Based on Facebook's promising start on phase two, phase three -- when it comes -- could represent a major business opportunity for Messenger and WhatsApp.

Prominent integration in iOS 10 and new, powerful features for Messenger preview a future where internet-based messaging may be just as integral to Facebook's business as the Facebook app itself.