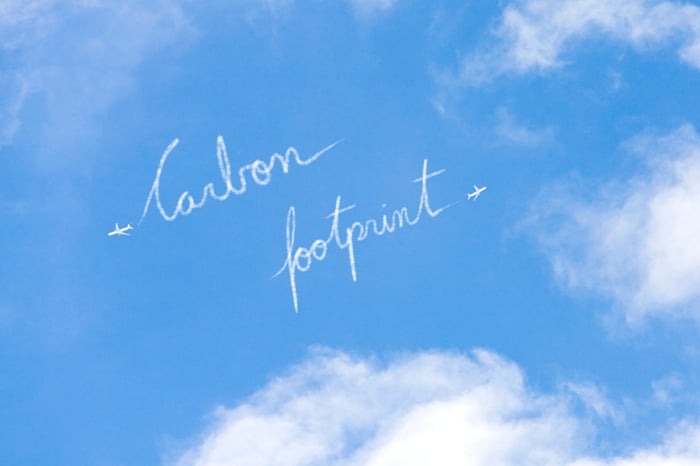 The global airlines industry has committed to reducing its carbon dioxide emissions 30% from 2007 by 2020. A variety of technologies are being leveraged to accomplish the goal, including fuel-efficient aircraft and renewable fuels. Of course, given a lack of commercially ready and economically viable renewable jet fuels, the industry is still searching for ways to reconcile its responsibilities to climate and shareholders.

You can't blame 'em for trying.

In the last week, JetBlue Airways Corporation (NASDAQ:JBLU) and Virgin Atlantic have announced progress in renewable fuels. That follows commitments from United Continental Holdings (NASDAQ:UAL) and a slew of smaller airlines. While the updates are encouraging and worth their weight in PR value, investors may want to remain cautious in the near term for several often-overlooked reasons -- even if there are signs that technology is making big steps in the right direction.

As it turns out, airlines require a lot of fuel. JetBlue uses roughly 825 million gallons of jet fuel every year. Volumes that high represent a major obstacle for upstart renewable fuel producers, which have yet to perfect their technology platforms. The result: high costs and, often times, broken promises. That is as much the case now as it was in 2006.

Consider that JetBlue recently announced an agreement to purchase 330 million gallons of renewable jet fuel over the next 10 years from SG Preston. On average, the volume would cover roughly 4% of the company's annual consumption. It's a start, but still a drop in the bucket.

Virgin Atlantic just announced that its renewable fuels partner, LanzaTech, has produced 1,500 gallons of jet fuel from industrial waste gases that successfully passed testing (not a flight test). The engineered biology platform feeds carbon monoxide from steel mills to bacteria that churn out ethanol, which is then converted to jet fuel within an alcohol-to-jet process. A step in the right direction, yes. But bioprocess technology has proven difficult to scale to levels needed for the airlines industry.

Meanwhile, United has a regularly scheduled flight from Los Angeles (United Flight 708) that runs on a blend of renewable fuels. The good news: the company will purchase 15 million gallons of the biofuel over a three year period from AltAir Paramount to use a fuel mixture that results in 60% fewer carbon emissions than petroleum-derived fuels. The bad news: AltAir Paramount has an annual production capacity of 35 million gallons per year.

Is this time really different?

That said, things have advanced in recent years. For one, airlines have remained firmly by the side of next-generation renewable fuel producers during the ongoing downturn in crude oil prices. That marks a change from a few short years ago, when the industry only seemed to be investing in alternative fuels because of high petroleum prices.

Second, the next-generation renewable fuel technology platforms around today are largely here for one reason: they were good enough to survive. That doesn't mean they're ready for prime time or capable of supplying meaningful commercial-scale volumes of fuels at price points that don't make airlines executives squirm, but it's not without meaning.

For instance, French energy giant Total SA (NYSE:TTE) owns majority rights to an engineered biology technology platform capable of producing large quantities of renewable jet fuel. It hasn't scaled the technology yet because it wants production costs to fall to $1 per liter -- or less, given current crude oil prices. But it is already making investments to that end.

In the last week Total SA announced an investment, along with Bill Gates, in Renmatix, which has pioneered a process for extracting sugars from waste biomass and paper mill byproducts. Those same sugars, which could be priced at a fraction of the cost of agricultural sugars, could significantly reduce production costs for the renewable jet fuel technology wielded by Total SA. At that inflection point, renewable fuels are no longer a game for underfunded start-ups to play. The industry could change for good.

A combination of dizzying volume requirements by airlines and unproven technology platforms of producers has historically thwarted any hype about commercial-scale use of renewable fuels. All signs point to that still holding true. However, there are encouraging signs that this time could be different. Airlines are making these investments while crude oil prices hover around multiyear lows, while next-generation technologies are maturing beyond the failure points of previous platforms. For now, investors should steer clear of most next-generation renewable fuels producers and not consider investments in renewable technologies to be a big near-term mover for JetBlue or United.