Remember in the late '90s when PayPal (NASDAQ:PYPL) first launched, and its big feature was being able to pay for things on the internet with just an email address and password? In the nearly two decades since, PayPal has grown to become a massive player in online payments, processing over $86 billion in total payment volume last quarter alone. E-commerce and online payments are about to have another moment just like that, but this time around it's Apple (NASDAQ:AAPL) at the forefront.

With Touch ID and Apple Pay being separately launched in recent years, it became increasingly obvious that Apple should and would eventually implement the technology and service on the Mac. The upcoming MacBook Pros are rumored to finally add a Touch ID sensor, likely in the power button that's built into the OLED touch panel that serves as a dynamic function key row. In the meantime, Apple just launched Apple Pay on the Web with macOS Sierra, leveraging its Continuity technology to authenticate through an Apple Watch or iPhone.

Even now, before the Mac gets Touch ID, Apple Pay on the Web is a game changer. And it only gets better from here.

Apple has released frameworks for developers to implement Apple Pay in apps and on websites. Much like how PayPal just needs merchants to implement PayPal on their sites in order to accept PayPal payments, the same goes for Apple. 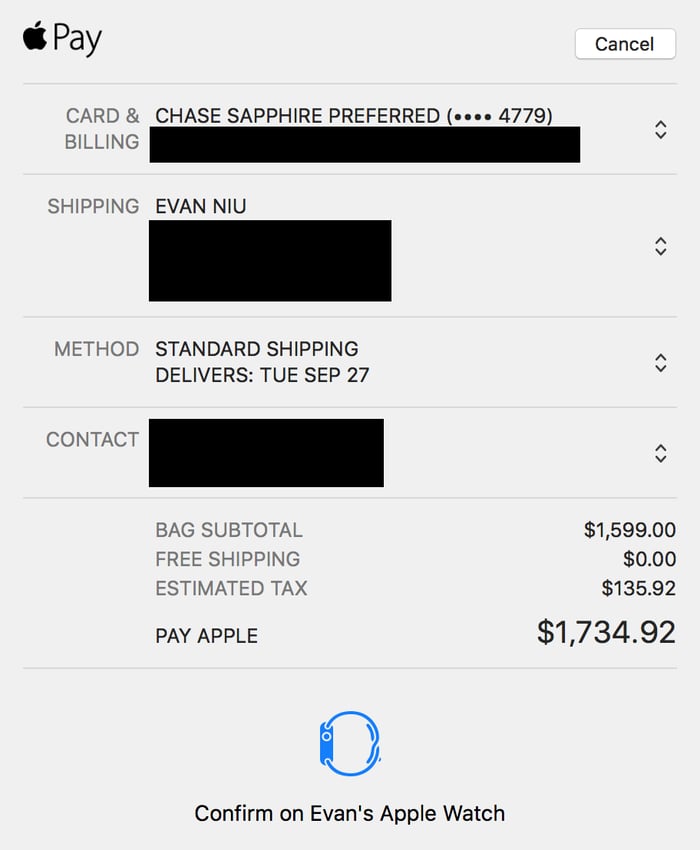 Once a site supports Apple Pay, customers will see the familiar Apple Pay button. Click that, and your Mac will automatically load up all of your payment and billing information. This information is still being stored in the mobile device, and you can authorize the payment by either double-tapping the side button on Apple Watch, or using Touch ID on iPhone. That's it.

This has a lot more potential than at retail stores, since the added convenience is more meaningful. Swiping a credit card has always been a tough hurdle to beat in terms of convenience, since it's already fast and easy enough as it is. But everyone hates inputting payment info on the Web constantly. This is especially true on mobile devices, but also true on the desktop.

As Touch ID slowly makes its way through the Mac lineup while an increasing number of merchants adopt the service, it's going to be almost too easy to pay for the things on the internet.

PayPal doesn't really have a way to offer a competitive alternative here. While its standard email and password authentication is still easy, the company can't adopt biometric authentication as easily since it doesn't control the hardware. PayPal is popular internationally, and should still enjoy a strong position in geographical markets where Apple has a weak presence.

A greater threat will be Alphabet's (NASDAQ:GOOG)(NASDAQ:GOOGL) Android Pay on the Web. Google is starting by bringing Android Pay to mobile websites, releasing APIs earlier this year for developers to implement. Android Pay uses various authentication methods, since not all Android devices have fingerprint sensors. But Android can't really make the leap from mobile to desktop, which is where the real opportunity lies.