Please ensure Javascript is enabled for purposes of website accessibility
Log In Help Join The Motley Fool
Free Article Join Over 1 Million Premium Members And Get More In-Depth Stock Guidance and Research
By Dan Caplinger – Sep 27, 2016 at 11:14AM

Which metals maker is a better deal right now? Find out here. 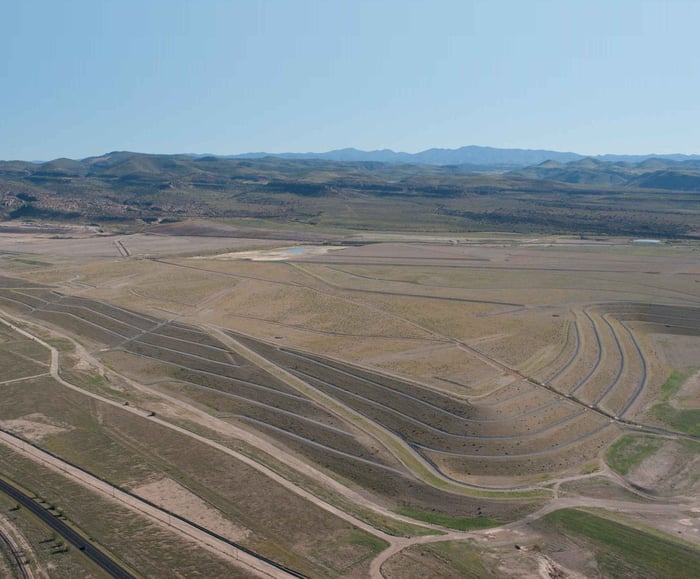 Both Alcoa (AA) and Freeport-McMoRan (FCX 4.91%) have been giants in the metal production industry. For Alcoa, its historical emphasis on aluminum has given way to a broader set of high-performance metals including titanium and various nickel-based alloys in order to serve the specialized needs of its customers. Freeport-McMoRan has been a giant in the copper industry, and along with gold and other metals, the company also moved into the energy industry with acquisitions in the recent past. The commodities downturn hit both companies, but the two stocks have rebounded recently in hopes that the worst of the downturn is over. Investors want to know which of the two stocks makes more sense to buy right now. With that in mind, let's compare Alcoa and Freeport-McMoRan using several common metrics to see which looks more attractive currently.

Alcoa and Freeport-McMoRan have both suffered substantial losses in recent years, but their stocks have been on the upswing lately. Their performance over the past 12 months is almost identical, with both Freeport and Alcoa generating total returns of about 8% since Sept. 2015.

Unfortunately, neither Alcoa nor Freeport has managed to report a profit based on GAAP accounting over the past year, and that makes it impractical to try to use valuation metrics based on trailing earnings. Both companies have had to take substantial charges in order to reflect the restructuring efforts that they've made and the disruptions to the markets that they serve. However, looking at enterprise value to pre-tax operating earnings, Alcoa looks somewhat cheaper. The aluminum company's EV/EBITDA ratio is just 9, compared to a multiple of 14 for Freeport.

However, that picture reverses when you look at earnings-based valuations using future expectations of profits. Freeport trades at less than 11 times forward earnings, and that makes the company look cheap compared to Alcoa's forward multiple of 17. Based on these mixed results, neither Alcoa nor Freeport emerges as the obvious winner on valuation.

In stark contrast to the valuation discussion above, investors have a clear choice when it comes to Alcoa, Freeport, and dividends. Alcoa is the last stock standing to pay a dividend among these two commodities players, with Freeport having chosen to suspend its dividend payments to preserve capital for other uses.

Alcoa hasn't inspired a huge amount of confidence among dividend investors despite its having sustained a quarterly payment to shareholders. The stock's current yield is just 1.2%, and the dividend payment of $0.03 per share hasn't changed since Alcoa slashed its quarterly payout by more than 80% in 2009. Only the continued weakness in the stock has prevented Alcoa's yield from becoming so low that investors would regard the dividend as a token payout.

In addition, some believe that Freeport could bring back its dividend in the future. The minimal rebound we've seen in commodity prices have helped the company somewhat, potentially bringing the massive impairment charges it has had to take to an end. Looking forward, the longer-term question is whether the moves it has made will pay off enough to produce cash flow to return to shareholders. For now, though, Alcoa is still the sure thing for dividend investors, and so it earns the nod for this category.

In terms of growth, both Alcoa and Freeport will rely on the health of their respective markets to determine their future success. For Alcoa, a key component will be its planned split into two parts, with the production of engineered products for the aerospace and other high-value industries moving to a new company to be called Arconic. With Alcoa having worked with partners to restructure a key joint venture that will be an important asset for the base mining and metals operations going forward, investors can now see more clearly what the two entities will look like in the future. Alcoa still believes that it can finish the split by the end of 2016, and then the question will be whether the two companies both retain their respective advantages and develop further toward serving their individual constituencies.

Meanwhile, Freeport has dealt with major challenges but is still looking at ways to improve its operations in the future. Asset sales in the energy arena have helped the company raise cash and reduce its debt load, with the most recent $2 billion sale of deepwater assets in the Gulf of Mexico being just one example of multiple transactions that Freeport has done over the past year. Gold and copper prices have been volatile, and that has pushed Freeport shares in both directions recently. With the company doing its best to maximize efficiency, a lot depends on whether prices in the gold and copper markets cooperate with Freeport in boosting profits. On the energy side, Freeport has further work to do, and what the division decides to keep as its core strategic assets will determine in large part how successful the company can be.

Alcoa has a major transformative event in its future, and that could make it an exciting prospect for those looking to invest in the sector. With mixed results on these metrics, choosing between Alcoa and Freeport-McMoRan largely depends on which commodity market you see as being stronger in the near future.

Dan Caplinger has no position in any stocks mentioned. The Motley Fool owns shares of Freeport-McMoRan Copper and Gold. Try any of our Foolish newsletter services free for 30 days. We Fools may not all hold the same opinions, but we all believe that considering a diverse range of insights makes us better investors. The Motley Fool has a disclosure policy.