The genetic testing company is growing at ridiculous speed and shows no signs of slowing. Great fundamentals support investor optimism. 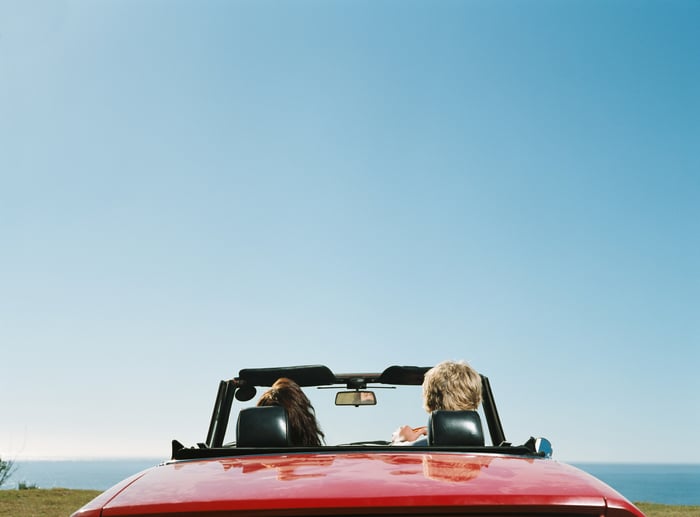 Investors are probably more familiar with Myriad Genetics (MYGN 0.51%) than with its tiny and relatively new competitor, Invitae (NVTA -3.92%) -- and for good reason. The former is valued at $1.5 billion and realized $754 million in revenue in 2015. The latter sports a market cap of just $262 million and posted sales of only $8 million last year.

However, Invitae is already causing problems for Myriad Genetics with its innovative (and more reasonable) pricing structure for the genetic tests it offers to doctors and patients. It may be off the radar for most investors, but a closer look reveals that Invitae's best days are ahead. Here are three trends serving as the driving force for the company's stock.

In the first quarter of 2014, Invitae sold just 200 genetic tests throughout its network and generated just $118,000 in revenue. While that's almost laughable, the hockey-stick growth Invitae has achieved since then is impressive. In the second quarter of 2016 the company sold 12,100 genetic tests, which generated $5.6 million revenue. Sales for the first half of this year have already exceeded total sales from all of 2015. That demonstrates incredible market traction. 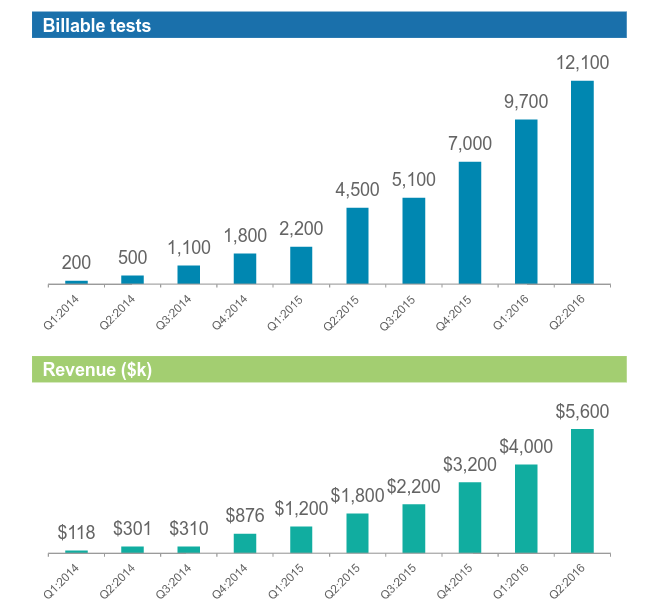 While this growth is starting from a small base, the growth in number of tests sold and revenue won't be slowing any time soon. The company expects to process 50,000 to 70,000 samples this year alone. What's particularly exciting is that Invitae is also improving its gross profit margin as it scales operations. The cost of goods per sample has decreased from $1,250 at the beginning of 2015 to just $500 in the most recent quarter. That should allow the company to post positive gross profits before the end of 2016.

If you stake the success of your business to genetic testing, then it helps to have the capability to detect and analyze as many genes as possible. Invitae began 2014 with the ability to analyze over 200 genes, which increased to over 600 genes in 2015 and over 1,000 genes at the halfway mark of this year. Management expects to have deep coverage of 3,000 clinically relevant genes, or those identified as having clear correlations to specific diseases, by the end of 2016.

The full human genome is between 20,000 and 25,000 genes, so why stop at just 3,000? The company appears to have asked that same question. In fact, it has accelerated the development of a 20,000-gene test that will be available in the first-quarter of 2017. It won't provide the same level of analysis for all genes surveyed as it will for the 3,000 clinically relevant genes, but it will be able to serve as a "first screen" for rare undiagnosed conditions. If marketed for the correct price, it could represent a stepwise change in medical diagnosis -- and the company's prospects.

Offering great tests at great price points only matters if you can get paid. Luckily, Invitae went to work in the first half of 2016 to ensure that national providers would reimburse its tests. The company began receiving payments from Medicare and Medicaid in April, signed an agreement with Aetna in July to be included in the company's laboratory network, and secured contracts with Blue Cross Blue Shield affiliates to be the preferred in-network laboratory for key hereditary tests -- including Myriad Genetics' flagship area of breast and ovarian cancer.

Those deals now give Invitae access to 95 million individuals -- compared to just 5.5 million individuals in the first qaurter of 2016. Meanwhile, new contracts with MyoKardia and Prion Sciences are opening up new opportunities in clinical trial settings within the biopharma industry. This doesn't make a big mark on the company's income statement today, but it could represent a sizable growth opportunity for investors.

The number of tests sold is growing at a staggering clip, while the company continues to reduce costs and add capabilities. With its valuation of just $262 million and the growth trends I've highlighted, investors would be hard-pressed to find an easier growth stock than Invitae.

Could Invitae Stock Help You Retire a Millionaire?
358%