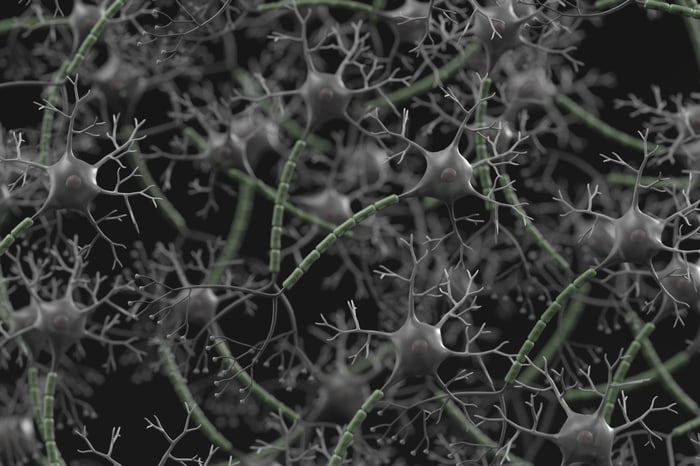 ANAVEX 2-73 enhances the activity of the sigma-1 receptor, which acts to protect cells under stress. Anavex Life Sciences is testing the drug in central nervous system diseases, including a phase 2a clinical trial in patients with Alzheimer's disease. The biotech also has preclinical data that suggests ANAVEX 2-73 might help patients with Parkinson's disease and epilepsy.

Biogen will test ANAVEX 2-73 in an oligodendrocyte precursor cell (OPC) differentiation assay, which measures the drug's ability to create cells that surround neurons, producing an insulating layer called a myelin sheath. Biogen is likely interested in ANAVEX 2-73 as a potential treatment for multiple sclerosis, where the myelin sheath is broken down. If the OPC differentiation assay is successful, Biogen may opt to do an in vivo remyelination study.

Today's announcement is only a big deal because Anavex Life Sciences is so small. There doesn't appear to be any money changing hands, and Biogen hasn't committed to anything more than planning to run a preclinical assay.

Of course, Biogen's due diligence could result in an eventual partnership, but there are no guarantees that ANAVEX 2-73 will promote myelination nor that Biogen will be willing to pay whatever Anavex wants for the rights to the drug.