The rise of cloud computing has yet to threaten Oracle's database dominance.

The rise of cloud computing has upended the traditional IT industry, forcing established companies to reinvent themselves in an effort to keep pace with technological change. According to McKinsey & Co, 37% of companies will use a public cloud for at least one workload by 2018, up from 25% in 2015. Last year, 77% of companies used traditional IT infrastructure for at least one workload, a number that's expected to drop to just 43% by 2018.

Companies that sell software destined for on-premises data centers appear vulnerable, given this shift. Amazon (AMZN -1.57%) has built up a tremendous lead in the infrastructure-as-a-service market, and companies big and small have moved at least some workloads to Amazon's cloud. No longer held back by their own infrastructure, these companies now face diminished switching costs when it comes to software. 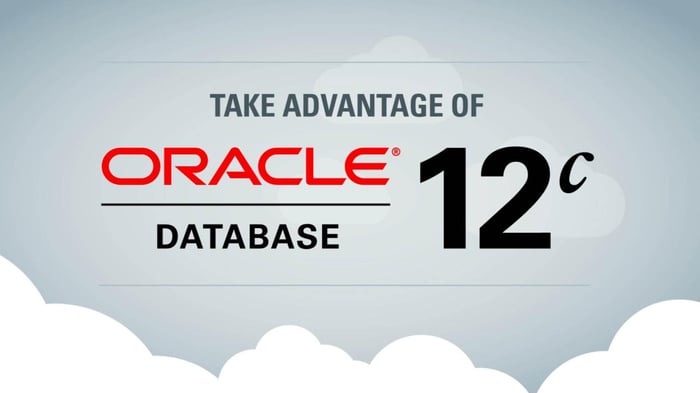 Database software is one area that seems ripe for disruption. In 2011, 91.4% of the market was controlled by the top five vendors, with Oracle (ORCL -0.54%) leading the pack with a 43.1% share, according to Gartner. Switching from one database vendor to another is not an easy task, with the database often deeply entrenched in an organization's IT infrastructure. Even if an alternative comes at a lower cost, switching rarely makes sense, given the potential for disruption and the magnitude of the task.

Amazon boasts about how easy it is for companies running on its public cloud to move from an Oracle or Microsoft database to one of its own. It offers a migration tool that claims to do much of the heavy lifting, converting not only the data format but also most of the custom code. Amazon offers case studies involving companies that migrated from Oracle and Microsoft databases to show how simple the process is.

Despite Amazon Web Services growing into a $10 billion behemoth, the database market hasn't changed much. The top five vendors still controlled 89% of the market in 2015, and Oracle's market share dropped only slightly to 41.6%. Gartner estimates that Amazon's database business generated $833 million of revenue in 2016, putting it in the no. 6 spot with a market share of just 2.3%.

Amazon's market share will almost certainly rise going forward, but it's clear that the rise of cloud computing has yet to have much of an effect on Oracle's core database business. In other words, Oracle remains the database king.

Oracle's own cloud business is dwarfed by most major cloud infrastructure providers, creating a long-term threat to its database business. As Oracle's on-premises customers increasingly move workloads to the cloud, the company needs to provide a path that prevents those customers from choosing Amazon, Microsoft, or another alternative cloud infrastructure provider. Moving an Oracle database to a competing cloud is the first step toward migrating to a different database provider.

Given Oracle's continued dominance of the database market, this process hasn't yet begun in earnest. But cloud computing will continue to steal away on-premises customers going forward, eventually causing a major headache for Oracle. The company recognizes this threat, recently doubling down on its cloud business. It's second-generation infrastructure-as-a-service aims to outperform Amazon's cloud at a lower cost, giving Oracle's on-premises customers little reason to move to an alternative cloud vendor.

Oracle's cloud isn't going to be scoring the start-ups that Amazon Web Services attracts, but I don't think that's the goal. The main purpose of Oracle's cloud push, at least in my opinion, is to protect its existing core businesses, ensuring that its customers don't stray to a competing cloud provider with myriad non-Oracle database options.

Oracle is criticized for falling behind in the cloud, but so far it hasn't really mattered all that much. The company continues to dominate the database market and generate plenty of profits, albeit slightly less than at its peak. Holding onto its market share will get tougher going forward as more companies aim to move to the cloud, but Oracle's cloud infrastructure surge has a good chance at preventing a customer exodus that represents the worst-case scenario for the company. Oracle is still the database king, and it seems likely that that will remain the case for the foreseeable future.