Allergan, Bristol-Myers Squibb, and Pfizer may be worth buying right now. Here's why.

Because of an aging global population, an unprecedented amount of innovation, and wider access to medical services in the United States, the healthcare sector should continue to push higher in the coming years. To take advantage of this rising tide, investors may want to grab shares of Allergan (AGN), Bristol-Myers Squibb (BMY -0.19%), and Pfizer (PFE 2.98%) right now. Here's why. 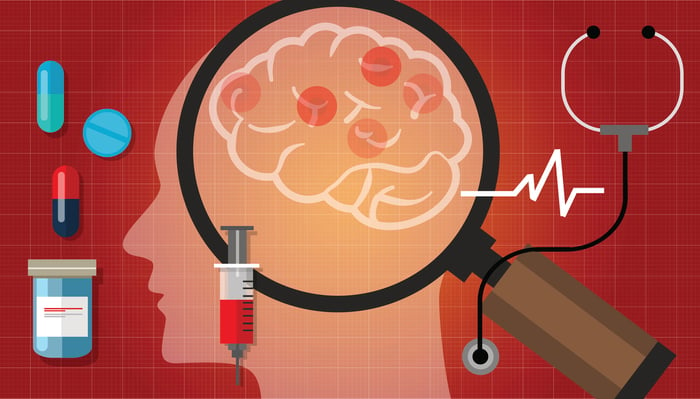 Under the watchful eye of CEO Brent Saunders, Allergan has transformed into one of the fastest-growing pharma companies in the world. Saunders' trick, so to speak, has been to take an extremely aggressive approach to M&A that has helped the company drive revenue growth primarily through increases in sales volume, rather than politically contentious price hikes. Allergan's less traditional growth-by-acquisition strategy has also allowed the company to largely avoid the expensive late-stage clinical failures that tend to plague large-cap pharmas.

Keeping with this growth-by-acquisition approach, Allergan recently announced the buyout of both Akarna Therapeutics Ltd. and Tobira Therapeutics, Inc. These deals are part of Allergan's efforts to break into the multibillion-dollar non-alcoholic steatohepatitis, or NASH, market. Although neither of these acquisitions comes with a built-in revenue-generating NASH product, these deals clearly demonstrate Allergan's aggressive targeting of high-value commercial opportunities.

Digging into the details, Allergan just spent roughly $1.75 billion in up-front payments to dive headfirst into NASH, but that amount pales in comparison to the $40 billion market opportunity industry experts believe this particular liver disease will represent by 2025. That's the type of deal-making that can pay huge dividends for shareholders down the road.

By 2024, immunotherapies are forecast to make up around a quarter of the entire cancer drug market, making this space one of the fastest-growing segments of the highflying pharmaceutical industry. Bristol-Myers Squibb, perhaps seeing the writing on the wall, was among the first major drugmakers to pivot toward this rapidly growing space when it brought the game-changing PD-1 inhibitor Opdivo to market and subsequently became the undisputed immuno-oncology market share leader.

Although Opdivo could face stiffer competition from Merck's (MRK 0.58%) Keytruda following its recent late-stage failure as a monotherapy for non-small cell lung cancer, this drug should still haul in annual sales in excess of $10 billion within a few short years. Bristol's top line is thus expected to sport high single-digit growth over the next several years as a result of Opdivo's breakout success and numerous label expansions, which include classical Hodgkin's lymphoma and advanced bladder cancer, among others. 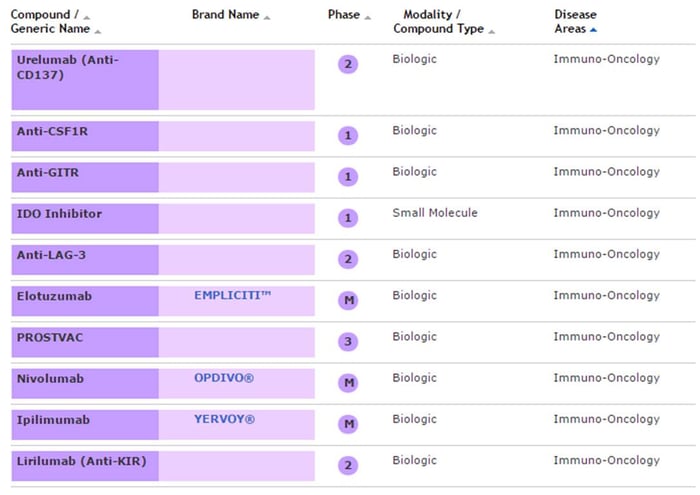 All told, Bristol is well positioned to remain a top player in the immuno-oncology market going forward, even as other big pharmas like Merck vigorously attempt to cut into Bristol's outsized piece of the pie.

Despite some serious setbacks on the M&A front, Pfizer has slowly returned to growth, fueled mainly by the growing sales of the breast cancer treatment Ibrance, the blood thinner Eliquis, and the pneumococcal pneumonia vaccine Prevnar 13. And after its recent acquisition of Medivation for its blockbuster prostate cancer drug Xtandi, Pfizer now sports two of the world's best-selling oncology products. The drugmaker is also hoping to add a third major piece to its oncology franchise with the experimental immunotherapy avelumab, which is in clinical development as a possible treatment for a variety of malignancies, including lung, kidney, and stomach cancer.

Topping it off, Pfizer sports one of the richest dividends among major drugmakers, with a current yield of 3.5%. And now that a split of the company is off the table for the time being, this enticing dividend should be sustainable for the long-haul, given Pfizer's strong cash position and enormous free cash flows of nearly $15 billion over the last 12 months.

George Budwell owns shares of Allergan and Pfizer. The Motley Fool has no position in any of the stocks mentioned. We Fools may not all hold the same opinions, but we all believe that considering a diverse range of insights makes us better investors. The Motley Fool has a disclosure policy.