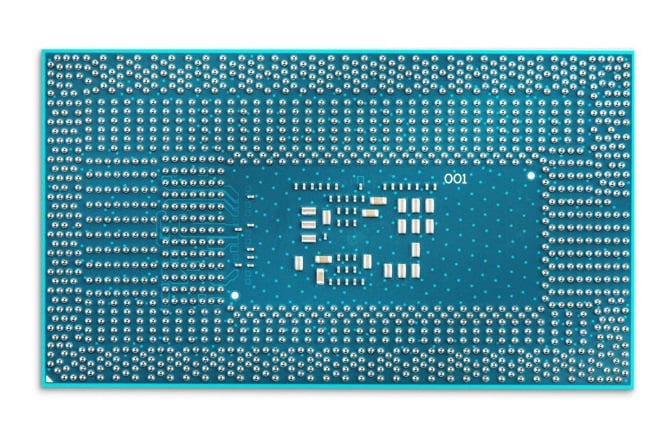 Microprocessor giant Intel (NASDAQ:INTC) has spent the last several years trying to explain to the investment community -- with varying degrees of success -- that its manufacturing technologies, despite being named similarly to technologies from its competitors, are solidly ahead of what its rivals are fielding.

For example, at its 2015 investor meeting, the company provided a rather detailed analysis showing that, on an apples-to-apples basis, its "14-nanometer" technology was nearly 40% denser than the best competing 14/16-nanometer technology.

Intel's competitors, particularly the ones that rely on TSMC for chip manufacturing services, could very well use this marketing point against Intel.

The good news, though, is that there's an easy way for Intel to "solve" this problem.

Instead of trying to explain to the masses why its 10-nanometer technology is similar to its competitors' 7-nanometer technologies (which, frankly, may come off as a desperate attempt at PR spin more than anything else to many observers -- even if it's all true), why not simply rename its manufacturing technology to more closely match what its competition is fielding?

Although such a naming "reset" might draw some scrutiny, it would be very easily justified given what the rest of the industry is doing. In fact, Intel would be remiss to not update its manufacturing technology naming scheme in order to better reflect its positioning relative to the competition.

Intel also seems quite slavish to the idea that each new manufacturing technology should deliver at least a doubling in the number of transistors that can be packed into a given area. This is in contrast to competitors, such as TSMC, that are willing to deliver less than a "full" generation of chip density scaling in order to offer its customers improvements at a more rapid clip.

Intel recently disclosed that it intends to make regular, fairly rapid improvements to the performance of the transistors, even as it keeps the fundamental area characteristics the same.

It may be in Intel's best interest to consider being less aggressive about area scaling in future technologies in order to achieve better time to market and ultimately build better products.