Indiana Governor Mike Pence has been a full-time elected official since being elected to Congress in 2000. That stretch of public service has kept the Republican nominee for vice president well behind his running mate Donald Trump when it comes to wealth.

Pence, unlike Trump, has never been a businessman of any note. And while he does have a law degree from Indiana University School of Law, where he graduated in 1986, the politician actually spent most of the 1990s as a conservative talk show and radio host, according to Biography.com. 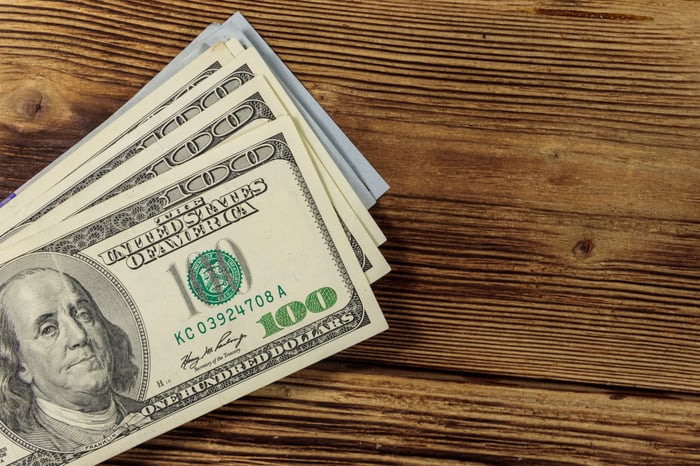 From those early days, Pence has been a success, but he has not amassed a fortune anywhere near his running mate's, nor does he have the hard-to-explain wealth many of his colleagues manage to amass while in office. Instead, Pence's financial disclosure, filed with the Federal Election Commission, shows a man who makes a comfortable salary with good retirement benefits.

Where does Pence's money come from?

While exactly how many billions Trump may or may not have has been a source of dispute, Pence's net worth sits almost entirely in the value of his pension. The governor declares he has a pension from the state of Indiana worth between $500,000 and $1 million. He also declares two other smaller retirement/deferred compensation plans worth between $1,000 and $15,000.

Pence lists his job as governor of Indiana on the form, and lists his year-to-date income, as of Aug. 16, as $173,860. Pence's wife Karen declares two businesses on the disclosure -- "self-employed artist" and "That's My Towel Charm, Inc."; neither generated income of more than $1,001 for the former art teacher.

"Our family has been honored to serve our state and nation. Like many American families, we have been fortunate and blessed to raise three wonderful children and put them through college while doing work that we love," Pence said in a statement released with the form and reported by Politico.

How much is Mike Pence worth?

Pence does not list any homes on his financial disclosure, but he may not currently own one, given that he resides in the Indiana governor's mansion. Essentially Pence's only major asset is his retirement savings, while he has significant student-loan debt.

It's fair to say that even on the high end, Pence has less than one million in assets, and likely less than $500,000 when you factor in his liabilities. That's actually a refreshing number, as it makes the candidate a bit more like the majority of Americans.

He may have a higher-paying job than most, but Pence lives mostly off the money he makes, and he has very little cushion should he find himself out of a job. Of course, governors are not simply laid off or let go -- and win or lose, he should be in line for a book deal and big speaking fees down the line -- but unlike so many of his political colleagues, Pence is not a rich man.