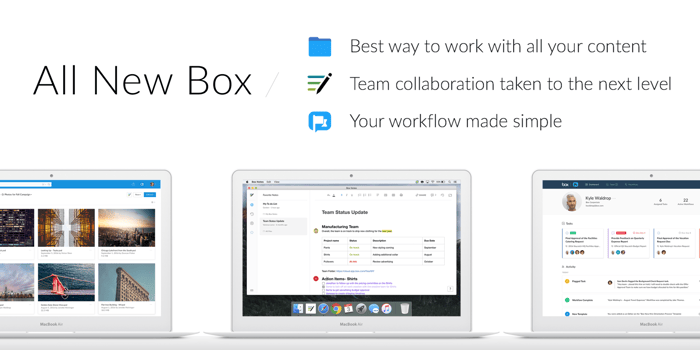 Shares of enterprise cloud storage provider Box (NYSE:BOX) jumped 14.7% in September, according to data provided by S&P Global Market Intelligence. A strong quarterly report on August 31, along with news of a cloud workflow solution developed with IBM and positive analyst commentary, led to the stock's outperformance.

Box reported its fiscal second-quarter results on August 31, beating analyst expectations across the board. The company reported $95.7 million of revenue, up 30.3% year over year, and a non-GAAP loss of $0.14 per share. These numbers beat analyst estimates by $1.05 million and $0.05 per share, respectively.

On Sept. 6, Box and IBM announced Box Relay, a workflow solution that will be a component of Box's platform. Part of Box's strategy is to forge partnerships in order to broaden the reach and appeal of its platform. Along with IBM, Box has partnered with Microsoft, Alphabet's Google, Apple, Salesforce, and two dozen other companies. While Box Relay may not have moved the stock much on its own, the announcement is a step in the right direction for the company.

A third factor helping to drive Box's stock higher in September was positive commentary from Brian White, an analyst with Drexel Hamilton. White reiterated his "buy" rating on the stock and his $18 price target, arguing that Box is underappreciated and misunderstood. Shares of Box have tumbled since the company went public last year, but they have partially recovered over the past few months. 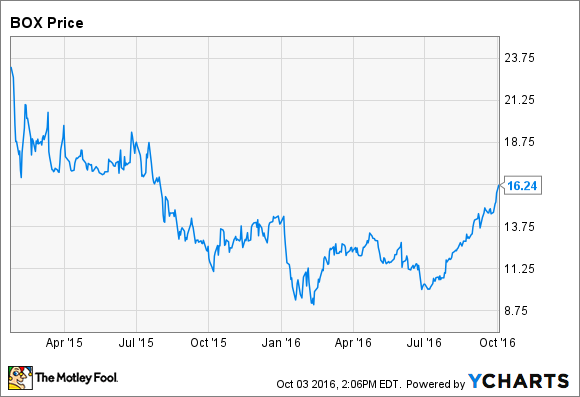 Box has yet to turn a profit, and the company expects to post sizable GAAP and non-GAAP losses during fiscal 2017. Revenue is no longer growing nearly as fast as it was prior to the company's IPO, one factor that has driven the stock down since early 2015.

With Box reporting better-than-expected results, and with the company's strategy of forging partnerships continuing to make progress, investors appear to be warming up to the stock. The 14.7% gain in September capped off a three-month run that saw the stock rise 56%. Going forward, Box will need to maintain its momentum in order to keep investors on board.