It's probably fair to say that Facebook's (NASDAQ:FB) social network is currently a distraction at the workplace and not a productivity enhancer. But Facebook wants to change this. Next week, Facebook will roll out Facebook at Work, a platform the company hopes will help coworkers connect and collaborate using the same Facebook features users are all already familiar with.

If you're still a bit baffled at how Facebook could actually enhance productivity at work, here's the big catch that may help you view Facebook at Work differently. Facebook at Work is a totally separate platform from the original Facebook that is strictly associated with a user's company.

"Rather than having friends as your audience, you create and join groups with your coworkers to be a part of relevant conversations," Facebook explains in on a frequently asked questions page for Facebook at Work.

Importantly, Facebook at Work will also be secure. In other words, colleagues won't be able to share their project progress with their friends over on the original Facebook platform. Posts and communication within Facebook at Work can only be viewed by coworkers. 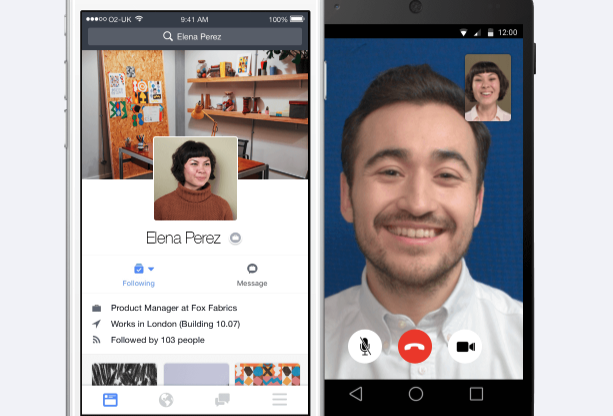 Facebook at Work was actually first unveiled in 2015, but it has been limited to the company's early adopter program, enabling Facebook to get feedback from a smaller group of companies before it takes the service global. Currently, Facebook has over 450 companies using Facebook at Work, but now the social network wants to release the public-ready version of the platform.

In late September, Facebook sent out press invitations to an Oct. 10 launch event for Facebook at Work, according to TechCrunch. The event will take place in London, where a Facebook team has been developing Facebook at Work.

While crossing over to enterprise collaboration would appear to present Facebook with a significant opportunity to appeal to a new, large market, the social network will face intense competition from established enterprise collaboration players such as Salesforce's Chatter and Slack. Furthermore, Facebook doesn't have any experience monetizing enterprise platforms, so investors can't be sure that it will be successful at turning this new opportunity into a meaningful business even if it does succeed in attracting a larger number of enterprises to use the service.

While Facebook at Work looks like an enticing opportunity with potential upside for Facebook, investors should view it skeptically given how far removed it is from the consumer-oriented focus of Facebook's social products today.