Shares of Twilio (NYSE:TWLO) have more than quadrupled from its IPO price of $15. That enthusiasm was driven by the popularity of its cloud platform, which connects popular apps like Facebook (NASDAQ:FB) Messenger, WhatsApp, Uber, and Airbnb to users' phone numbers.

While Twilio's sales are impressive, its stock looks very pricey relative to its growth potential. Moreover, 36% of shares were being sold short as of Sep. 26 -- indicating that investors are betting on a big pullback. Is it time to take profits in Twilio, or does the stock still have room to run?

Twilio's revenue rose 70% annually to $64.5 million last quarter, and its active customer accounts grew 45% to 30,780. It expects its full year revenue to rise 52% to 54%, compared to 88% growth in 2015. That growth is impressive, but it doesn't justify the stock's whopping P/S ratio of 25, which is much higher than the industry average of 5 for application software companies.

Twilio isn't profitable. Its non-GAAP net loss narrowed from $7.5 million to $5.9 million between the second quarters of 2015 and 2016, but its GAAP loss widened from $9.5 million to $11 million. That disparity was mainly caused by stock-based compensation expenses more than doubling year-over-year to $8 million. Twilio expects to remain unprofitable by both metrics through the end of the year.

Add-ons makes it easier for developers and businesses to access partner technologies which integrated with Twilio's API (application programming interface). Notify is an API for delivering notifications via SMS, push notifications, and messaging applications. Programmable Wireless helps developers and businesses program cellular connectivity, and Sync is a real-time synchronization API.

These new partnerships and features should allay some concerns about Twilio's dependence on Facebook's WhatsApp, which generated nearly a fifth of its revenue last year. The integration with Messenger also indicates that its relationship with Facebook remains solid. Its partnership with Amazon, which delivers messages for AWS' Simple Notification service, means that AWS probably won't launch its own Twilio rival anytime soon. 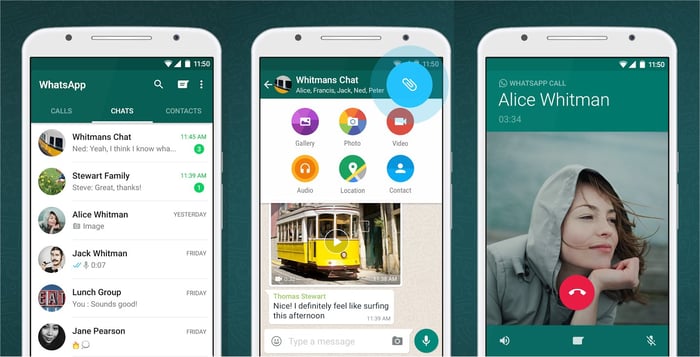 However, Twilio's huge post-IPO pop can also be attributed to a perfect storm of hype and a low float. The company only sold about 10% of its shares during its IPO, which inflated demand and squeezed the price higher. After that happened, automated algorithms and high-frequency traders propelled the stock higher, causing mainstream traders and investors to chase the momentum. Once that momentum runs out, the short sellers will likely swarm in and the stock will drop.

Twilio's lockup period will expire in late November, allowing insiders and institutional investors to sell their shares. I believe that if Twilio is still trading in the $60s by then, many of those shareholders will likely sell, and the stock's valuations will drop to more reasonable levels.

I personally like Twilio's "best in breed" reputation, its new partnerships, and its expanding ecosystem. But I believe that the stock is grossly overvalued, and that its price was inflated by the IPO's low float and media hype.

Therefore, I believe that Twilio could be a great long-term investment, but not at current prices. Investors should wait for the lockup expiration to pass, let short sellers drive the stock down, and buy the stock at much lower prices.