Shares of Frack sand producers US Silica Holdings (NYSE:SLCA), Emerge Energy Services (NYSE: EMES), Hi-Crush Partners (OTC:HCRS.Q), and Fairmount Santrol Holdings (NYSE: FMSA) all gained more than 10% in September. The two big factors working in these companies' favor was the rising drilling activity in the U.S. as well as the announcement at the end of the month that OPEC was planning on imposing a production cap. 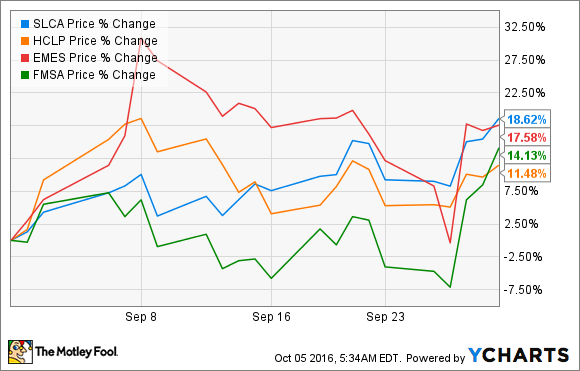 Beneath all of the issues that resulted in the rapid decline in these stocks, there were some actual advances in the shale drilling world that worked in favor of frack sand suppliers. Producers found that drilling longer horizontal sections of a well along with using more sand per foot of horizontal well would drastically improve well economics. As a result, the amount of sand used per well has increased dramatically. According to a recent investor presentation from Emerge, the average amount of sand used per well has increased two to three times depending on the shale basin. It also helps that rigs have become much more efficient at drilling wells, so it takes fewer rigs to drill the same amount of wells today than it did several years ago.

All of these things should bode well for sand suppliers. What had been holding these companies back from generating profits, though, was that the total amount of drilling and, more importantly, well completion activity declined so much that it offset the per well gains.

That may start to change, though. 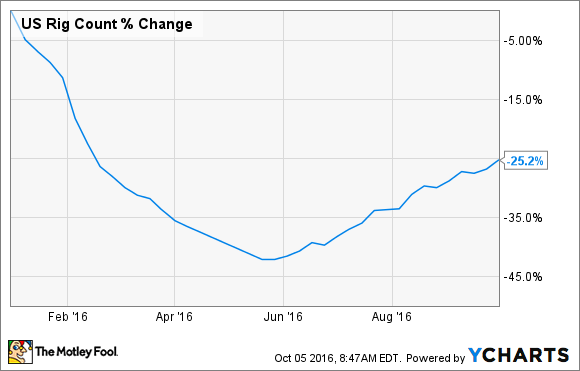 Over the past four months, companies have started to pick back up drilling activity. Total active rigs has increased 25% to about 522 total rigs since it hit record lows in May. While that doesn't necessarily mean that there has been a pickup in well completion activity -- some producers have been drilling but not completing wells to respond rapidly to higher prices -- it is a pretty good sign that frack sand demand is on the upswing. Keep in mind, too, that all of those elements mean it doesn't take as much rig activity to achieve the same amount of sand demand from the oil and gas industry.

To add a cherry on top of all of these underlying trends, we had the announcement at the end of the month that OPEC was planning on putting a cap on production that is a little lower than what its member nations are producing today. It may not have been enough of a production change to drastically change the supply dynamic of the oil game, but it's enough to help growing demand catch up and bring the market back into balance.

Before jumping into these stocks, do keep in mind that the recovery of American shale drilling isn't going to happen overnight, and it's likely to hit a few speed bumps along the way. Also, keep in mind that Fairmount, Hi-Crush, and Emerge are still dealing with high debt loads that caused them each to make some less than desirable moves over the past several months to preserve liquidity and solvency. So it may take a while for them to repair their balance sheets. U.S. Silica has done the best job of keeping its financial house in order, and has said in its recent investor presentations that it plans to make some aggressive moves to consolidate the industry since it is such a fragmented market. 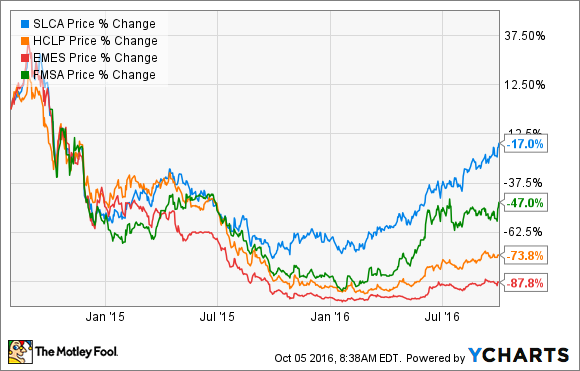 All in all, though, this is probably the most positive outlook frack sand companies have had in a while, and we could very well be on our way to clawing back the massive losses these companies took over the past two years.