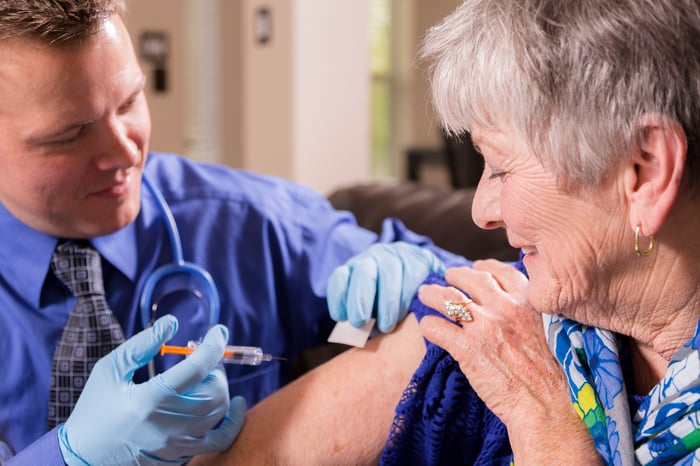 Shares of Novavax (NASDAQ:NVAX), a clinical-stage biotech company focused on the development of vaccines to treat respiratory syncytial virus (RSV) and a host of other global infectious diseases, imploded during September and lost 70% of their value, according to data from S&P Global Market Intelligence. The culprit for the plunge can be traced to the September 15 after-market announcement of top-line data from the RESOLVE trial.

Roughly three weeks ago Novavax announced that its RSV candidate, known as RSV F, failed to meet its pre-specified efficacy objectives in the RESOLVE trial.

The primary endpoint of the 11,856-patient trial involving patients aged 60 and up was to demonstrate efficacy in the prevention of moderate-severe-RSV-associated lower respiratory tract disease, with a secondary endpoint of reducing the incidence of all symptomatic respiratory disease due to RSV. The data suggested a very minor favorability toward the placebo in terms of the primary endpoint, with modest favorability favoring the RSV F vaccine in the secondary endpoint. Nonetheless, neither result was statistically significant.

President of Research and Development Gregory Glenn at Novavax had this to say:

We are both surprised and disappointed by the outcome of the RESOLVE trial, which we recently unblinded. ... We expect to have preliminary immunogenicity data in the coming weeks to further our understanding of the trial results. ... We continue to believe that there is a path forward for our RSV vaccine and that there is an important unmet need for an RSV vaccine in older adults.

Novavax traded nearly a quarter of a billion shares the day following the announcement and wound up losing 85% of its value – one of the biggest single-day biotech moves this Fool can recall over his two decades of actively following the stock market. 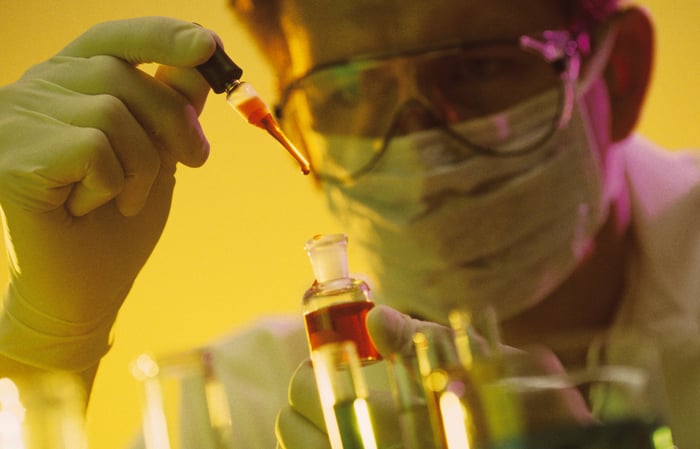 On one hand, it's possible Wall Street and investors may have overreacted by pushing Novavax down by 85%. We've already seen some degree of a rebound with shares of the company ending the month slightly above $2 after touching an intraday low of $1.16. Furthermore, Novavax ended the prior quarter with $366.4 million in cash and marketable securities on its balance sheet.

While Novavax is still investigating the RSV F vaccine in pregnant women to immunize their babies, what could be more intriguing is the company's work on global infectious disease vaccines. Novavax is pushing forward a quadrivalent seasonal flu vaccine, as well as working on a midstage trial for a pandemic influenza vaccine. The company is also advancing an Ebola vaccine, as well as pushing forward with research for Middle East Respiratory Syndrome. Neither of these latter indications has an approved cure on the market. While these indications may not be as lucrative as RSV in adults aged 60 and up, they could still move the needle for Novavax.

On the other hand, Novavax's RSV F vaccine is by far its most advanced program, and Novavax is burning through its remaining cash at an exceptional pace. The company burned through nearly $132 million of its remaining cash during the first six months of the year, mostly as a result of the RESOLVE trial. Nonetheless, it requires investors to take the company's large cash balance with a grain of salt.

My suggestion would be to monitor Novavax from the sideline until we see positive late-stage data from its remaining infectious-disease studies.