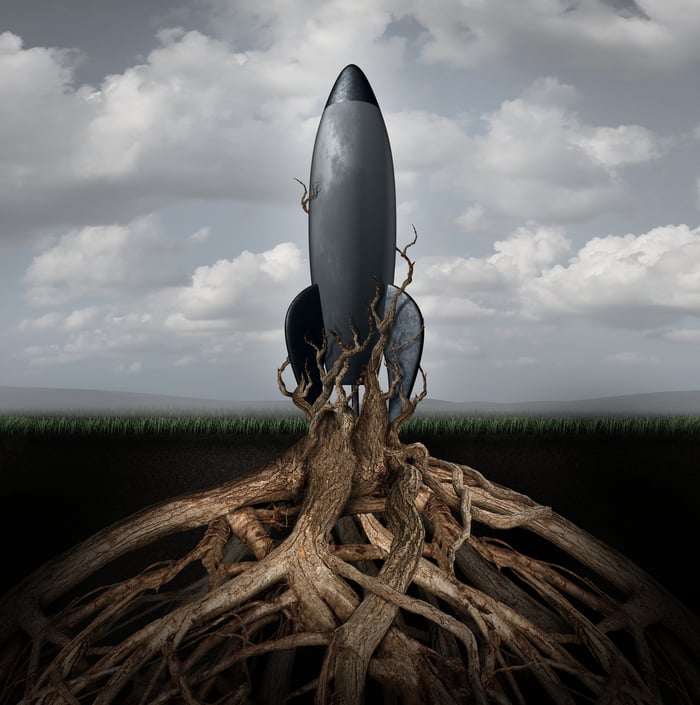 Elon Musk has captured our imaginations by releasing plans to put humans on Mars by 2022 and establish a colony of 1 million individuals as soon as the 2060's. SpaceX seems to have worked out a lot of the logistics: fleets of up to one thousand spacecraft in Earth orbit, windows of opportunity for departing toward Mars, and even plans for establishing fuel and supply depots before humans arrive. What's not to get excited about?

Not to be outdone, Boeing (NYSE:BA) CEO Dennis Muilenburg vowed to beat SpaceX to the Red Planet, saying, "I'm convinced that the first person to step foot on Mars will arrive there riding on a Boeing rocket." While in the long run it doesn't really matter whose logo arrives first, competition will be key to establishing ourselves as a multi-planetary species. It got us to the moon, after all.

But egos aside, rockets aren't the most important technology -- or largest obstacle -- to our success. It's easy to obsess and focus on the visible tools a trip to Mars requires, such as rockets the length of a football field, but we won't be going anywhere without the comparatively invisible tools of biotechnology.

Trek to the Red Planet

What makes biotech essential to a successful trip and stay, however brief, on Mars? Quite a lot, actually. Let's consider the trip itself.

On a 200-day journey to the Red Planet, a human would be exposed to the radiation equivalent of 24 CAT scans, according to Space.com. That's more than 15 times the annual radiation limit for nuclear power plant employees. While spacecraft will need to be equipped with radiation shielding to protect colonists and electronic systems, the materials are expensive and heavy -- limiting factors for interplanetary travel.

We may be able to greatly reduce the need for radiation shielding by engineering ourselves to withstand higher doses of radiation, which overloads our natural ability to repair DNA. Researchers recently found that human cells engineered to produce a protein found in the microscopic tardigrade, or water bear, could reduce X-ray-induced DNA damage by 40%. It's far from reality at this point, but one genetic edit could slash hundreds of billions of dollars in expenses from regularly scheduled treks to Mars. SpaceX and Boeing (and their investors) would probably be interested in that.

Radiation is far from the only threat to our health during interplanetary travel. Eighty percent of astronauts who participate on long-duration missions in space return to Earth with permanently altered vision. The condition was first recognized in astronaut John Phillips, who left Earth with 20/20 vision and returned with 20/100 vision after a six-month stay on the International Space Station. Doctors discovered that the shape of his eyes changed during his mission, which was shorter than a trip to Mars, because of pressure imbalances in the skull.

The only known treatment involves spinal taps or drilling holes into a patient's skull and must be conducted at the onset, meaning in the zero-gravity environment of space. Aside from the logistical hurdles of performing invasive procedures in space, astronauts and future colonists -- SpaceX and Boeing customers -- would probably prefer a biological solution.

Getting to Mars isn't the only part of Elon Musk's plan that could be greatly aided by biology. As history has shown numerous times, sustaining a colony is more difficult than establishing one. For instance, the English colony of Roanoke was established in 1585 in what is now North Carolina. Despite multiple resupply trips, the colony was abandoned five years later, without any trace of the colonists.

Because of differences in orbit, the shortest trip to Mars can be made once every 26 months. That means colonists will need to fend for themselves for roughly two years. It will be awfully expensive to launch, transport, and deposit enough food, fuel, medicine, and building materials to support even 100 colonists for two years. While some colony-building and supply missions will need to be completed ahead of the first human arrivals, Boeing and SpaceX will find their efforts much less difficult if colonists leverage biology as a manufacturing paradigm.

Borrowing from industrial biotech platforms here on Earth today, it's possible to send test tubes of microbes capable of producing supplies ranging from rocket fuel to polymers for 3-D printers to the metal electrodes in lithium-ion batteries. The building blocks required for these products are already in the crust and atmosphere of the Red Planet. Better yet, test tubes are cheaper to transport than are many metric tons of raw materials.

We need green tech to get to the Red Planet

When discussing his plans for SpaceX to get to Mars, Musk made it clear that survival and colony-building aren't his problem, instead likening the company to the Union Pacific Railroad's role in developing the West Coast of the United States. I would argue that it is his problem. People won't be going to Mars if they won't survive the trip or stay, which makes biology, not the size of the rocket, the limiting factor. Humans made it to California without railroads, after all.

The good news is that engineered biology is advancing at an unprecedented pace, especially in the past several years. We really do need bigger, cheaper, and safer rockets to get to Mars. And it will take many companies and governments to fill in all of the missing pieces. But while rockets and spacecraft are cool, know this: Boeing and SpaceX aren't going anywhere without biotechnology.