Tuesday was a down day on Wall Street, with investors showing their concern about the potential for corporate earnings to come in weak during the earnings season that just started. In addition, worries about the uncertainty surrounding the U.S. presidential elections and the future fate of monetary policy across the globe continued to surface in the broader market, sending the Dow down about 200 points and other major market benchmarks falling around 1.25% to 1.5%. Some individual stocks performed even more poorly today, and among the worst performers were Alcoa (NYSE:AA), Rent-A-Center (NASDAQ:RCII), and Universal Display (NASDAQ:OLED). 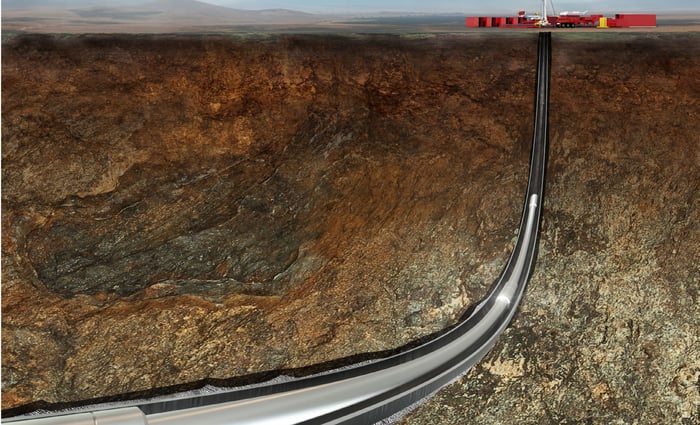 Alcoa fell 11% in the wake of its third-quarter earnings report late Monday after the market had closed. Alcoa reported its results in two separate parts, reflecting the coming breakup of the company, and the Arconic value-add division saw sales fall 1% while the legacy Alcoa commodity-based division experienced flat sales. Overall, Alcoa failed to match up to what investors had expected, and nervousness centered on how even the Arconic business wasn't strong enough to make up for weakness elsewhere. Investors will want to see what things look like after the split take effect, but for now, Alcoa's disappointment could cast a shadow on the entire first part of the earnings season.

Rent-A-Center plunged 29% after warning that its third-quarter results would be weaker than investors had expected. The rent-to-own specialist said that core comparable-store sales had fallen 12% in the third quarter, and earnings would come in between $0.05 and $0.15 per share. CEO Robert Davis said that the implementation of a new point-of-sale system created performance problems and outages, and that was the primary cause of the poor comps for the quarter. The CEO also said that it would take several quarters to recover, and that was enough to convince investors that even after Rent-A-Center announces its final results for the third quarter, future problems could well weigh on the stock for the rest of the year and even into 2017.

Finally, Universal Display dropped 5%. The maker of organic LED products was one of the suppliers hit from the announcement by Samsung that it would halt production and sales of its Galaxy Note 7 smartphone permanently. An initial recall of the model involved 2.5 million phones, but subsequent problems with replacement phones led to the more draconian decision from the smartphone maker. For Universal Display, supplying Samsung is a significant part of its business, and so the decision will hurt the OLED manufacturer as well. Yet bullish investors pointed out that Universal Display also has exposure to other lines of mobile devices, including various models of the iPhone, and so even a major problem at Samsung won't necessarily be catastrophic for Universal Display going forward.