"Tesla and SolarCity will unveil a solar roof product, which along with Powerwall 2.0, will show the kinds of products that the combined company will be able to create," Tesla said in an update on Wednesday. It also referred to this product in the company's update to its Master Plan earlier this year, describing it as "a smoothly integrated and beautiful solar-roof-with-battery product that just works."

Tesla believes seamless integration of solar power-generation technology with its energy storage products is essential to achieving its mission of accelerating the world's transition to sustainable energy.

Notably, the Wednesday update also said, "Over the next few weeks, Tesla will share important updates regarding our strategic plan for the combined company." In addition, Tesla said it will provide investors with additional "financial information relating to its plans for the combined company" on Nov. 1 and has set a date of Nov. 17 for shareholders of both companies to vote on the acquisition.

By revealing new products and giving investors insight into Tesla's strategic plan for the combined entity, Tesla says it will demonstrate how the merged company can "make solar and storage as compelling as electric vehicles."

Even as Tesla plans an event to show products the combined entity would produce together, investors should keep in mind there's still a chance the merger won't close. 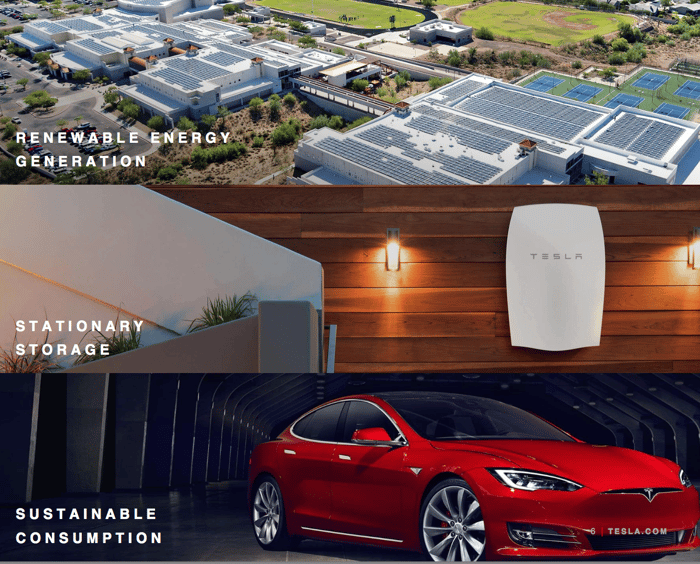 But amid a growing number of shareholder lawsuits against the merger, Tesla may have helped soothe some investor concerns about the merger earlier this week when Musk said the combined company wouldn't need to raise equity or corporate debt in the fourth quarter.

Up until that point, the company's merger-related SEC filings asserted that Tesla would need to "raise additional funds by the end of this year, including through potential equity of debt offerings." But after Musk's tweet, SEC filings were changed to read:

While Tesla expects that its current sources of liquidity, including cash and cash equivalents, together with its current projections of cash flow from operating and retail financing activities, will provide it with adequate liquidity based on its current plans through at least the end of the current fiscal year, Tesla may raise funds in the future.

Whether the deal ends up closing by the end of the year or not, more insight into Tesla's strategic plans for the combined entity as well as a look at the products the two companies will bring to market together will provide investors a better idea of what a Tesla and SolarCity acquisition would look like.