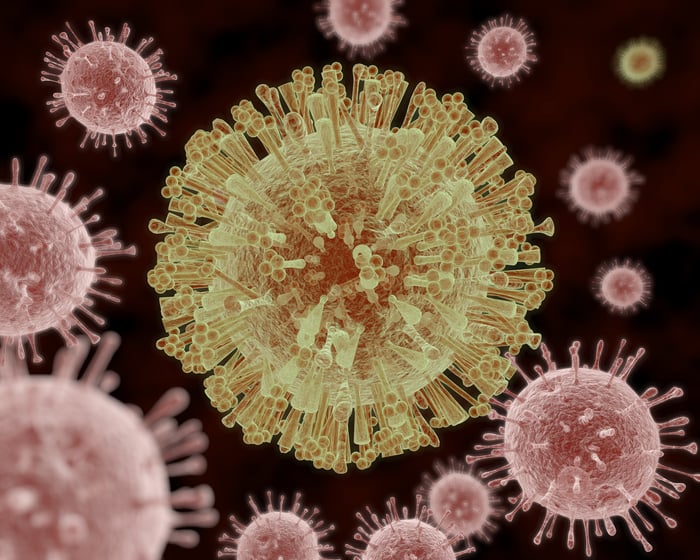 The second half of 2016 appears to be turning out quite differently from the first half of the year for two clinical-stage biotechs. Shares of bluebird bio (NASDAQ:BLUE) slid more than 30% by the middle of 2016, while shares of Inovio Pharmaceuticals (NASDAQ:INO) soared over 40%. But since July 1, Bluebird's stock is up more than \40%. Inovio's shares have fallen by around 5% during the same period.

Does Bluebird's momentum shift underscore why the biotech stock is now a better buy than Inovio? Or does Inovio have more potential? Here's how the two biotechs stack up against each other.

Expertise in gene therapy stands out as perhaps the biggest reason to like Bluebird's stock. The biotech's approach involves creating a viral particle that contains a therapeutic payload. Target cells are then taken from a patient and genetically modified through interaction with the viral particle. These modified cells are reintroduced into the patient's body. If all goes well, the patient gets better.

Bluebird's lead products using this gene therapy approach are Lenti-D and LentiGlobin. Lenti-D is currently in a phase 2/3 clinical trial for treatment of cerebral adrenoleukodystrophy (CALD). The rare genetic disease affects young boys and is fatal if untreated. LentiGlobin is a phase 2/3 clinical study for treatment of rare genetic blood disorder beta thalassemia. The drug is also in a phase 1/2 study targeting severe sickle cell disease.

How likely is it that Bluebird gets both of these products to market? Lenti-D has showed encouraging preliminary results in the ongoing phase 2/3 study. No results have been announced yet from the phase 2/3 beta thalassemia clinical study of LentiGlobin.

There were concerns that LentiGlobin wasn't as effective for some patients in one of the phase 1/2 studies for the indication. However, Bluebird believes it has determined the reason behind this. The company is moving forward only with patients who don't have a specific genotype that LentiGlobin isn't as likely to help treat.

Bluebird has several pre-clinical candidates, but its only other drug in clinical-stage testing is experimental multiple myeloma treatment bb2121. The BCMA drug showed enough promise to entice Celgene to exercise its option for an exclusive license earlier this year.

Running out of money shouldn't be a problem for Bluebird any time soon. The biotech reported cash, cash equivalents and marketable securities totaling $779 million at the end of June. That should be enough to carry Bluebird through 2018.

Inovio claims a more robust pipeline than most clinical-stage biotechs. The company's pipeline includes one drug candidate that will soon start pivotal phase 3 testing and another 14 early-stage studies of various drug candidates.

The late-stage study for lead candidate VGX-3100 is expected to begin before the end of 2016. VGX-3100 is an immunotherapy targeting cervical dysplasia. The drug could reach peak annual sales of up to $500 million if it gains regulatory approval.

Good news for VGX-3100 could translate to good news for another Inovio pipeline prospect. INO-3112 combines VGX-3100 with a DNA-based immune activator encoded for interleukin 12. Inovio and partner AstraZeneca have a couple of phase 1/2 clinical studies under way with INO-3112, one targeting cervical cancer and the other targeting head and neck cancer.

The biotech is even more active in developing anti-viral vaccines. Its experimental Zika virus vaccine has received a lot of attention. This summer, Inovio and its partner, GeneOne Life Science, became the first to begin clinical testing in humans for a potential Zika vaccine. Inovio's leadership in the race to battle Zika has been a key factor fueling the biotech's stock performance earlier this year.

Pick a well-known virus and there's a good chance that Inovio is working on a vaccine for it. Hepatitis B, hepatitis C, HIV, influenza, Ebola, MERS -- Inovio has at least one pipeline candidate for each of them.

Inovio isn't sitting on as much cash as Bluebird, though. At the end of the second quarter, the company's cash, cash equivalents, and short-term investments totaled $134.5 million. Inovio expects that amount will allow it to fund the phase 3 study of VGX-3100. I wouldn't be surprised, however, if the biotech raises more cash through a public offering sometime in 2017.

I have watched both of these biotechs for a while. I like the outlook for both of them. In this head-to-head match-up, though, I can only pick one winner -- and Inovio's deeper pipeline gives it the advantage.

The standard caveats with any clinical-stage biotech apply to Inovio (and to Bluebird). There's plenty of risk. Clinical studies can flop. Regulators could reject. Having said that, I think Inovio stands a good chance of winning with VGX-3100. I also suspect that the biotech's highly publicized Zika vaccine development could be attracting the attention of larger companies with plenty of cash.

Either of these stocks would be good picks for investors who aren't afraid of the risks associated with biotechs, but my view is that Inovio is the better buy right now.