Retirees should invest in well-capitalized companies with predictable growth, low valuations, high yields, and a history of raising their dividends. However, some retirees might be lured toward riskier stocks by promises of higher yields or greater capital appreciation. Therefore, let's examine two stocks that initially look acceptable for retirees but quickly fall apart upon closer inspection. 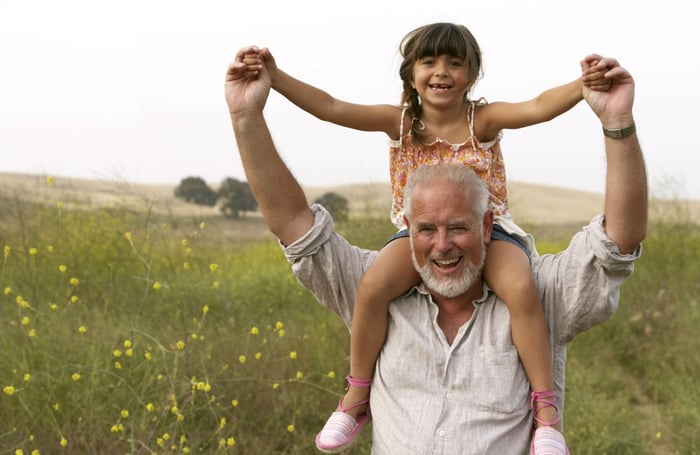 Ericsson (NASDAQ:ERIC) is the second largest vendor of wireless infrastructure equipment in the world after Huawei. At first glance, Ericsson's wide moat against smaller competitors, its low price-to-earnings ratio of 12, and its forward yield of 6.4% make it look like a solid retirement stock. However, Ericsson's multiple is so low and its yield is so high because the stock plunged nearly 50% over the past 12 months, including a 20% drop earlier this week.

Increasing competition from Huawei and Nokia (NYSE:NOK), which merged with Alcatel-Lucent earlier this year to become the third largest player, has put tremendous pressure on Ericsson's margins. Telcos are also upgrading their wireless infrastructure at a slower rate due to an emphasis on expanding digital ecosystems (like streaming video and advertising) over tower upgrades.

That's why analysts expect Ericsson's revenue to slide 9% this year and another 2% next year. Earnings are expected to fall 29% this year before rebounding 14% next year. That recovery looks encouraging, but it's mainly supported by layoffs and other cost-cutting measures instead of actual sales growth. Ericsson also spent 94% of its free cash flow on dividends over the past 12 months, indicating that it has very little room to raise its annual payout.

Ericsson also faces corruption charges in the U.S., Asia, and Europe, along with allegations that it was inflating sales by booking revenue before clients were invoiced. To make matters worse, Ericsson still hasn't found a permanent CEO to replace Hans Vestberg, who was ousted in late July. Simply put, Ericsson's poor top- and bottom-line growth, high payout ratio, and unclear leadership make it a very unreliable stock for retirees.

Nokia, which faces similar headwinds as Ericsson, initially looks like a better investment for retirees. The acquisition of Alcatel-Lucent gave it the scale to compete more effectively against Huawei and Ericsson, and analysts expect its revenue to rise 78% this year (boosted by Alcatel) and another 1% next year.

Nokia recently secured major deals with China's state-backed telcos China Mobile and China Telecom, giving it plenty of room to expand in the world's most populous country. To diversify its business, Nokia plans to return to the smartphone market with a licensing model, which would boost licensing revenue in its technologies unit without assuming the overhead costs of hardware production. It's also expanding its in-house hardware business with niche products like the Ozo VR camera.

Nokia's forward yield of 5.2% looks tempting for retirees. But like Ericsson, that yield was greatly inflated by the stock's decline of nearly 30% over the past 12 months. Furthermore, Nokia's dividend payments gobbled up 132% of its free cash flow over the past 12 months, indicating that a dividend cut could occur soon. That's because its $17 billion merger with Alcatel-Lucent has reduced Nokia's free cash flow to its lowest point since mid-2013, before it sold its handset unit to Microsoft for more than $7 billion. 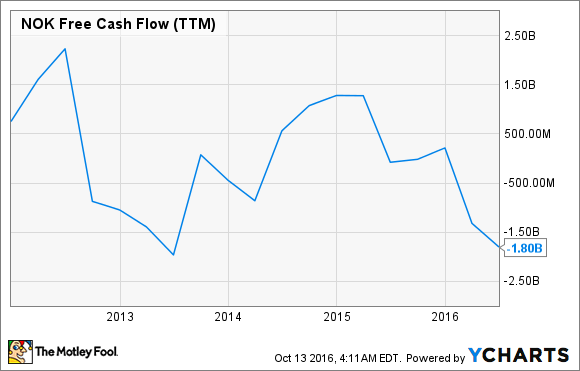 Unfortunately, Nokia's free cash flow will likely keep falling due to the costs of integrating Alcatel and other industry headwinds. Analysts expect Nokia's earnings to fall 50% this year before rebounding 55% next year. Those growth estimates make its trailing P/E of 28 look a bit pricey. While Nokia is in better shape than Ericsson, it's another wobbly stock that retirees should avoid.

Ericsson and Nokia might eventually recover over the long term, but I believe that both stocks have more downside than upside potential at current prices. Therefore, retirees should look elsewhere for stocks with better sales and earnings growth, fewer competitive headwinds, and more sustainable dividends.