I wonder where all these pundits who say Wall Street is starved for yield are looking for decent-yielding investments. It sure seems they aren't looking at stocks, because there are lots of high-yielding stocks that look pretty cheap.

Three companies stand out as extremely inexpensive investments that also happen to have decent rates of return over the past year or so and a high-yielding dividend: Alliance Resource Partners (NASDAQ:ARLP), Valero Energy (NYSE:VLO), and General Motors (NYSE:GM). Here's a quick rundown as to why these stocks are cheap and why investors may want to consider them today. 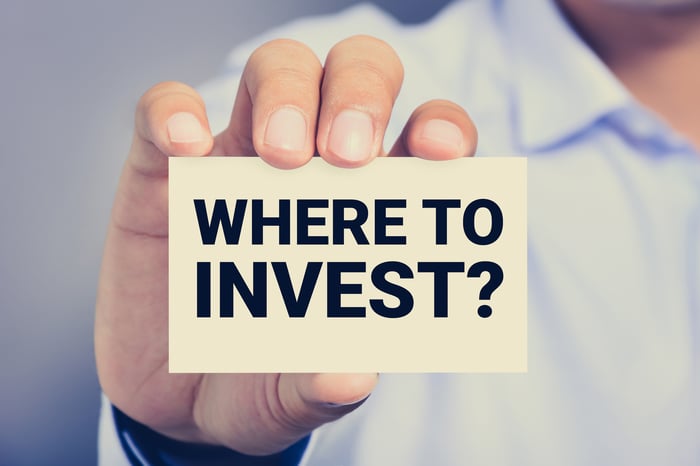 Some time left to profit from coal

It's pretty easy to see that coal's days as part of the U.S. electricity generation mix are numbered. Even before we consider the hurdles of increasing regulatory pressure on coal, there is the simple fact that other power sources are cheaper today (natural gas and wind) while others' costs are still coming down (wind and solar) and coal's remain stagnant. Eventually, as coal plants reach the end of their economic lives, they will almost definitely be replaced with other generation methods.

Many of those coal-generating facilities, however, are several years away from the end of their economic lives. That means that the decline in coal production will have a much softer landing rather than an abrupt, hard crash. This means that -- with the right stock -- there is still some money to be made in the coal business. The company that is most likely to do that is Alliance Resource Partners.

Alliance is the one company in the industry that didn't load itself up with debt larger than its piles of mine tailings, and it has the advantage of being a low-cost miner thanks to its position in the Illinois Basin and few legacy costs. Being a low-cost producer today is allowing the company to gain market share while others work through bankruptcy issues. This suggests that it will be able to generate plenty of cash to help support its dividend that yields 8% today. Alliance may not be a "buy and hold for a long time" kind of stock, but that high yield should produce decent returns for a few years while the coal industry slowly rides off into the sunset.

The other oil and gas industry cycle

Just like every other part of the oil and gas industry, oil refiners are in a cyclical business. The big difference for them is that their up-and-down cycle doesn't coincide with that of oil and gas producers. This is an industry that thrives as crude oil prices are on the decline and suffers when they are on an uptick. There are some other factors that go into this, but that's a good rule of thumb. So, as you can imagine, the recent rise in oil prices has hit refiner Valero hard, and that's why its stock currently trades at a total enterprise value-to-EBITDA ratio of 6.1 times and has a dividend yield of 4.3%.

Even though the refining environment isn't great today thanks to rising oil prices and some issues related to compliance costs for the U.S. EPA's renewable fuels standards, Valero is still generating loads of cash that it can return to shareholders. The company has generated $2.8 billion in free cash flow over the past 12 months despite the industry headwinds and is sitting on a $4.8 billion cash pile. That should be more than enough to help the company work through this rough patch in the industry.

Shares of Valero may be headed for a slog over the next several quarters, but at today's share price, it seems like a good time to start looking at shares and possibly building a position through this downturn. With its high dividend yield, the company will give you a decent amount of cash for your patience.

Here's the thing about cyclical stocks: They look very cheap at the peak of their earnings power because some investors start to pull out as they anticipate a decline in sales and earnings. That is exactly where we find shares of General Motors today. There is reason to believe that automotive sales in the U.S. have peaked or, as some executives have put it, plateaued. This means that, in terms of sales and profits, there isn't a whole lot more sales growth coming down the pike for a while.

That said, the company's U.S. sales levels are a pretty good place to plateau, GMs sales are more than just North America, and continued lower gas prices suggest that many of those North American sales will be in higher-profit-margin SUV and truck sales. Even though there is reason to think that this is the case for GM over the next several years, Wall Street is pricing its stock as though automotive sales are headed for a rapid drop, with a total enterprise value-to-EBITDA ratio of 5.5 times and a dividend yield of 4.1%.

At that kind of valuation, there is a lot of margin of error in General Motors' earnings over the next couple of years. If Wall Street's fear of a quick decline in sales is overblown, then it looks like it's a good time to look at buying shares of GM. What's even better is that if sales have hit a plateau as industry executives have said, then the buying window for GM could be a big one.