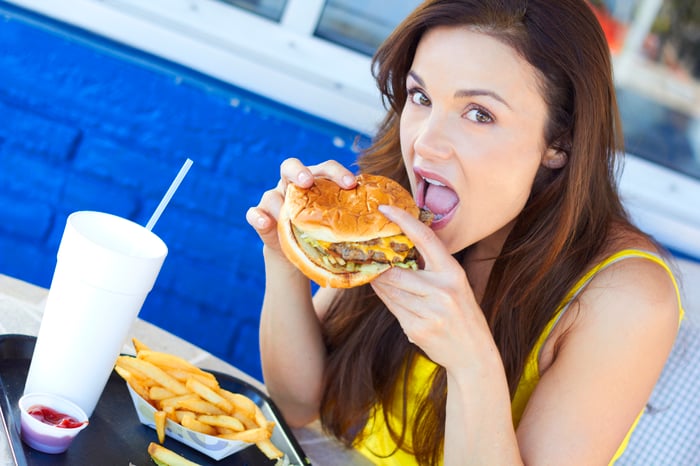 This past summer, Wall Street analysts blamed the heat, Amazon.com's Prime Day sales event, and the popularity of Pokemon Go as the reason retailers missed their earnings numbers. Now with earnings season upon us again and the numbers already looking weak, it appears as though we'll have a new set of excuses for why they failed to live up to expectations.

One explanation that seems as though it may gain traction in corporate corner offices is the face-off between Donald Trump and Hillary Clinton, with a handful of companies already citing the quadrennial plebiscite as a reason for coming up short.

A vote for none of the above

In its third-quarter conference call with analysts last week, Yum! Brands (NYSE:YUM) CEO Greg Creed blamed the presidential election as a primary reason for sluggish sales at Taco Bell, KFC, and Pizza Hut. "It goes without saying that people are sort of trying to decide who to choose and what the impact will be on the economy," he said. "And I think people maybe just hunkering down a little bit," which apparently caused Yum!'s revenue to fall 3% and earnings to only meeting expectations.

Before him, however, Wendy's (NASDAQ:WEN) president and CEO Todd Penegor also assigned blame to the contest, noting, "At this stage, there is a lot of uncertainty in the consumers' mind as we work through the election." So did Popeye's Louisiana Kitchen (NASDAQ:PLKI) top executive Cheryl Bachelder, who warned that she's not expecting "much improvement in the macros until sometime post-election."

Are presidential politics really wreaking havoc on dining-out decisions? Are consumers not buying a Gordito Supreme because they're thinking about who to pull the lever for? As ludicrous as it might sound, the answer just might be yes.

Taking the red pill or the blue pill

While it's a sure thing no one is saying, "I'm not getting a Baconator because Trump/Clinton is going to win," it is likely a concern that depending upon one's viewpoint, the economy will either gain or lose if one candidate or the other is elected. This uncertainty means consumers are saving a few dollars instead of spending them on eating out.

Moreover, grocery prices are falling. According to Bureau of Labor Statistics data, food prices have fallen for eight straight months and we could see the longest streak of falling food prices in 50 years. Analysts say chains like Kroger are experiencing food deflation conditions not seen since the 1960s. 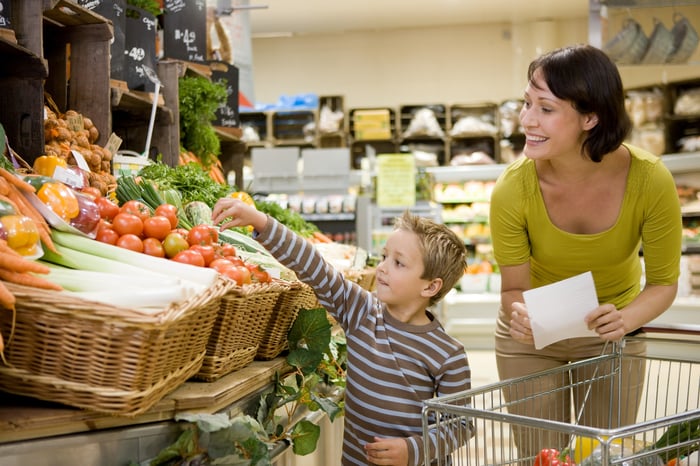 It's become a lot less expensive to buy groceries at the supermarket and cook dinner at home than to pay for a meal for four at a restaurant, even at fast food joints. Although that may mean grocers have a more difficult time meeting their own sales and profit numbers, it makes choosing between eating at home or dining out easier, and restaurants are ending up on the short end of that equation.

As Wendy's Penegor said on his conference call, "It's gotten a lot more cheaper relatively speaking to go get fresh beef at your local butcher and go home and grill it. So that does have a bit of an impact."

With unemployment rising once more, the labor non-participation rate -- or the number of people who have given up looking for a job so they're no longer counted in the jobs numbers -- stubbornly remaining at historically high levels, and median household incomes remaining lower than where they were in 2008, there's good reason consumers are being cautious when deciding where they're going to eat.

Although a cynic might say it won't matter who wins the election, if restaurant sales continue to slide even after November, it's probably a safe bet this excuse will be used more than once -- at least till the snow starts falling.