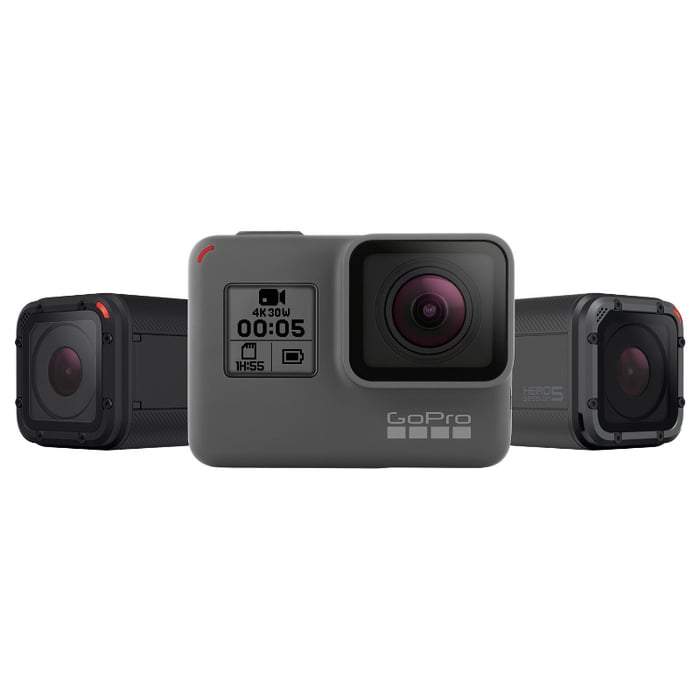 GoPro (NASDAQ:GPRO) has been through its share of ups and downs since becoming a public company in 2014. The most notable for investors was the huge disappointment in revenue and earnings in the fourth quarter of 2015, which led to a stock slide into the single digits.

2015's product line failed to inspire consumers, and a lineup of six cameras confused a lot of people. But heading into the 2016 holiday season, there's reason to be hopeful. The lineup of Hero5 cameras are a big improvement over last year, and the Karma Drone is nearly ready for shipment. With both products launching this month, this is a key time for GoPro.

Cameras and the drone have to hit big

The Hero5 lineup of cameras do have some enticing features this year. Stabilization and voice controls will give consumers a good reason to upgrade from older cameras and could bring in new consumers. As the mainstay in GoPro's lineup, the Hero5 products will be a baseline for investors to watch.

What really has to hit big is Karma Drone, a product GoPro has been talking up for a year now. Reviews have been generally positive, but DJI's recently introduced Mavic Pro drone really wowed people and will likely take over the high end of the market. Karma still has a place with a better price point and more versatility, but we don't know exactly how big the market for a product like this is. On November 3, when GoPro announces third-quarter earnings, we may get a glimpse into how well early sales are going.

Inventory will be worth watching

From an investment perspective, we'll want to watch how much inventory GoPro has on the balance sheet at the end of both the third and fourth quarters of 2016. An inventory writedown of $57 million last year really hurt financials, and it'll be a balancing act getting inventory right this year.

The lineup of Hero5 cameras at least has some basis for comparison with past years. Units shipped in the second half of 2014 were 3.47 million, and in 2015, the figure was 3.60 million. Growth from there would be great for Hero5. Karma is a complete unknown, so management will have to guess where demand will be.

The problem of building inventory is a big one. Build too much, and the balance sheet is overloaded with product no one wants. Don't build enough, and you miss out on sales in a market where customers will probably seek out an alternative.

There's a lot at stake financially, too. At the end of 2015, GoPro had $188.2 million in inventory on the balance sheet, offset by $474.1 million in cash and marketable securities. At the end of the second quarter of 2016, there was just $89.9 million in inventory and $279.2 million in cash and marketable securities. If GoPro needs to spend a significant amount of its cash to build out inventory, it'll then feel a lot of pressure to sell that inventory. It will be walking a financial tightrope.

The biggest month in GoPro's history

Keep an eye on what management says on its conference call after earnings, because October may determine the future of GoPro and tell us where the stock goes from here.