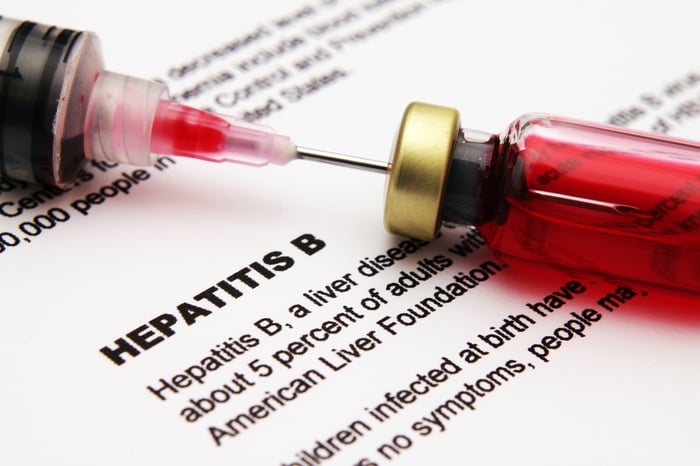 Here's how small-cap biotech Dynavax Technologies Corporation (NASDAQ:DVAX) would like its story to play out: Hepatitis B vaccine Heplisav-B wins FDA approval in December. The company begins marketing the vaccine in 2017. Heplisav-B then goes on to quickly exceed sales projections. Dynavax's stock soars.

That's plan A. But does Dynavax need a plan B? And if so, what is it?

The Food and Drug Administration was originally scheduled to make a decision on Heplisav-B by Sept. 15. In April, however, that date was pushed back to Dec. 15. The FDA said it needed more time to complete its review of the Biologics License Application (BLA) for the vaccine.

An FDA advisory committee was scheduled to review the BLA for Heplisav-B on Nov. 16. But that meeting won't happen. The FDA notified Dynavax in September that the Vaccines and Related Biological Products Advisory Committee meeting was canceled. Instead, the agency said that any "remaining questions will be addressed between Dynavax and the review team."

These types of advisory meeting cancellations usually aren't a good sign. Dynavax shares have dropped 24% since the news broke. The market certainly appears to think that Heplisav-B could be in trouble.

That might not be the case, of course. But if Heplisav-B fails to win approval, what's next for Dynavax?

It was only three years ago that Dynavax thought it was on track for imminent success with Heplisav-B. The company had the rug pulled out from under its feet, though, when the FDA rejected the vaccine over safety concerns.

Dynavax's plan B back then was to regroup and conduct more clinical studies of Heplisav-B. I imagine the company will take the same approach if the FDA doesn't approve the vaccine later this year. Of course, this all depends on the details behind any potential negative decision.

Another backup strategy would be for Dynavax to shift its focus to cancer drug SD-101. Merck (NYSE:MRK) liked the potential for SD-101 enough that it forged an agreement with Dynavax in 2015 to collaborate on clinical studies.

Early results from one of those studies were announced on Oct. 9. Patients with advanced melanoma were given SD-101 in combination with Merck's Keytruda. While the initial results were encouraging, only five patients were evaluated for efficacy of the regimen, with 16 patients evaluated for safety.

Merck also plans to test SD-101 with its anti-interleukin-10 cancer drug, MK-1966. Enrollment is under way for a phase 1 clinical study. At this point, though, any potential for MK-1966 combined with SD-101 is so far out that Merck doesn't even include the study in its "official" pipeline.

Dynavax's pipeline does include a couple of candidates other than Heplisav-B and SD-101. The biotech partnered with AstraZeneca to develop experimental asthma drug AZD1419. There's also DV1179, a toll-like receptor (TLR) inhibitor that targets autoimmune diseases. Both drugs are in early-stage clinical studies.

I suspect that Dynavax's management team is bracing themselves in case they have to resort to a plan B. At least they had practice with the setback for Heplisav-B a few years ago.

What could investors who have already bought Dynavax stock do in the midst of all the uncertainty? Shareholders could simply hold on and hope for the best. Another alternative is to hedge by buying put options (although the volatility makes options expensive). And, of course, there's always the choice of selling now.

The good news is that Dynavax -- and its shareholders -- have a plan B to fall back on. The bad news is that plan B is almost always worse than plan A.