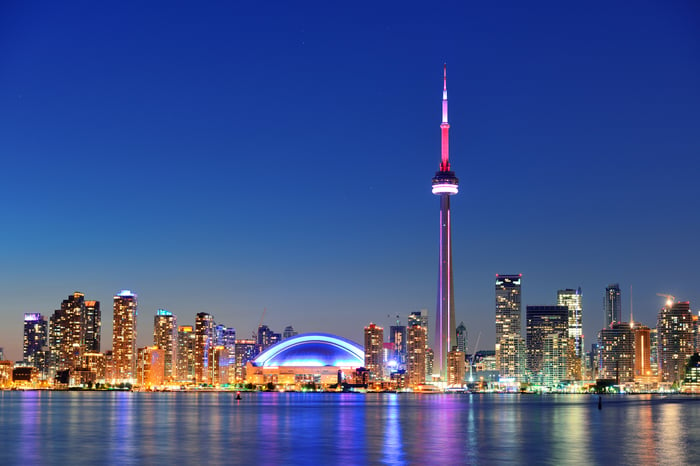 Rogers Communications (NYSE:RCI) reported its third-quarter results a couple of days earlier than expected after announcing an unexpected CEO transition. The company said that Guy Laurence was stepping down as CEO effective immediately, with the current board chairman, Alan Horn, stepping into the role on an interim basis. The company has already appointed a successor in former Telus (NYSE:TU) CEO Joe Natale, who will transition into the role as soon as he is available. Because of the abrupt CEO change, Rogers Communications released its third-quarter results early to alleviate any questions about the quarter in light of the transition.

Given the current CEO transition, Rogers' management did not offer its usual commentary on the quarter. Instead, it provided some comments on Joe Natale, the soon-to-be CEO. The press release noted that Natale is a "highly respected executive" who is "well known to the Canadian telecommunications industry, bringing many years of experience to the company." During his time with Telus, the company maintained one of the highest growth rates as well as some of the best operating metrics in the industry. In addition, he was one of the key players behind Telus' "customer first" strategy.

That said, Natale's role as CEO at Telus was short-lived. He assumed the top spot in May 2014 before stepping down the next August citing that residing in Western Canada did not work for his family as he preferred living in Toronto, where he is deeply involved in the community. As part of that transition, Natale signed a non-compete agreement, which is why he is not immediately available to assume the CEO role at Rogers.

Despite the abrupt leadership change, the company will continue to move forward on the current initiatives of its Rogers 3.0 plan, which it implemented to restart growth and improve the customer experience. That latter aim is a strong suit of Natale's, and Rogers' management hopes he can replicate his success at Telus.