Amazon.com (NASDAQ:AMZN) doesn't make too many mistakes when it enters a market, but its new, lower pricing policy for its grocery delivery service is pretty much Jeff Bezos' way of saying he made a bonehead move.

A prime reason to shop

The e-commerce giant floored the supermarket industry last year when it implemented a $299 annual fee to get AmazonFresh groceries delivered to your door. Like its Prime membership program, customers were essentially paying delivery fees upfront rather than each time an order was placed.

That stood the grocery delivery model on its head. Until Amazon's move, companies like Ahold Delhaize's Peapod, NetGrocer, FreshDirect, and even Wal-Mart (NYSE:WMT) typically imposed nominal per-delivery fees, or if they offered an annual subscription the cost was much lower. Instacart, for example, charged $99 for its Express service.

What Amazon's higher annual fee did, however, was underscore the substantial costs involved in delivery -- and if a business didn't want to end up like Webvan or HomeGrocer.com -- which both went into bankruptcy -- it would need to cover its costs. Instacart subsequently raised its annual fee to $149.

Of course, Amazon is also known for its willingness to forego profits in exchange for volume, preferring to build a critical mass before worrying about earning a return on its investment. The annual fee may have been recognition that not all businesses respond the same to that model.

Already past its prime

But there are also limits to what a company can charge before it effectively prices itself out of the market, and that's where Amazon's new delivery fee structure seems to admit it was wrong. It's an indication not as many many people were taking advantage of the service because the cost was too high.

It also shows that Amazon did a horrible job of explaining the fee when it first rolled it out. The new plan now makes clear that Prime members can have groceries delivered in available markets for $14.99 per month. 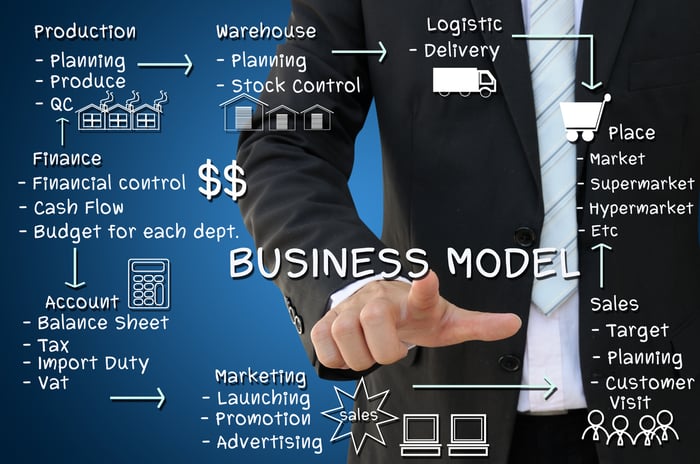 Grocery delivery is not so simple as loading up the truck and ringing the doorbell. It's a costly model, which Amazon.com's original pricing structure tried to convey. Image source: Getty Images.

While the original fee structure also included membership in Prime, it really wasn't communicated all that well, so the actual cost of the grocery delivery service was just $200. While that was still substantially higher than the competition, it may not have been as unsuccessful had Amazon simply explained it better. Grocery delivery is still a new concept to most, so shelling out a big chunk of change like that up front is a leap of faith for many. The new policy makes clear the online grocer didn't count on consumers balking at the cost.

Not that the monthly fee really saves customers all that much over the original pricing -- it comes out to just about $279 a year when you factor in the mandatory Prime membership, but doling that out in smaller monthly payments is far more palatable. With tens of millions of households already having Prime memberships, $15 a month isn't a big hurdle to add on the convenience of online grocery shopping.

It's still a higher cost proposition than what rivals like Wal-Mart are offering, and the retail king still promotes picking up groceries at its stores for even greater savings, which is one of the competitive advantages Wal-Mart has over the competition. Its national store footprint serves as a sort of distribution center network for online sales, whether they're groceries or other goods. It didn't have to build out expensive DCs like Amazon needed to; its local stores already served the purpose.

That may be behind Amazon's other big announcement that it is going to begin opening small convenience store-type formats that will sell produce, milk, meat, and other perishable items. But the C-store model is intensely competitive too, with even deep discounters like Dollar General expanding their DG Markets concept to feature fresh produce.

While online grocery shopping has been around for years, it's really only just starting to come into its own, so we'll see retailers making adjustments to the pricing model until the best one is found. Instacart, for example, is exploring having consumer goods companies pay a portion of the fee if customers buy their products. Bloomberg reports that couponing and advertising from these big brand companies now accounts for 15% of Instacart's revenues.

Still, it's clear Amazon.com's original pricing structure wasn't the right one. It was an unforced error on its part, as an option for monthly payment could have been included at the start. Now that it has been rectified, we may see AmazonFresh become an even bigger threat to the competition.