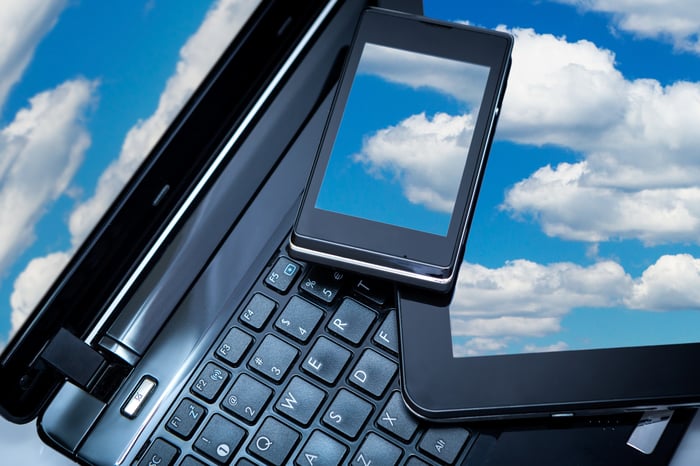 IBM (NYSE:IBM) just reported earnings, sharing results for the third quarter of fiscal year 2016 after the closing bell on Monday.

Let's have a closer look at the report.

The shift into what IBM has labeled "strategic imperatives" continued relentlessly, and management focused the spotlight on that progress in the earnings release.

Management touched up existing full-year guidance figures ever so lightly:

Whether it is banks implementing IBM blockchain solutions, hospitals leveraging Watson to fight cancer, or retailers using cognitive apps built on the IBM Cloud to transform the customer experience, clients across all industries are tapping into a new kind of innovation value from IBM.

Her words were backed up by impressive growth tallies in these segments, as discussed above.

Going forward, Big Blue will keep on pushing deeper into its chosen strategic imperatives. This is not the one-stop-shop IBM of old, but an increasingly focused specialist in a few handpicked sectors. It's been a difficult struggle so far, as IBM has traded in low-margin hardware sales for a lower volume of strongly profitable software and services. That's been a bitter pill for investors to swallow, and the long-term payoff always seems to hover just out of reach.

Will the big payoff finally arrive in 2017? IBM's management didn't want to paint any guidance targets for the next fiscal year this early, so we shareholders can only come back again in three months to get a reading on that crucial point. That being said, strategic imperatives accounted for 40% of IBM's total sales in the third quarter and should start to truly steer the ship someday soon.