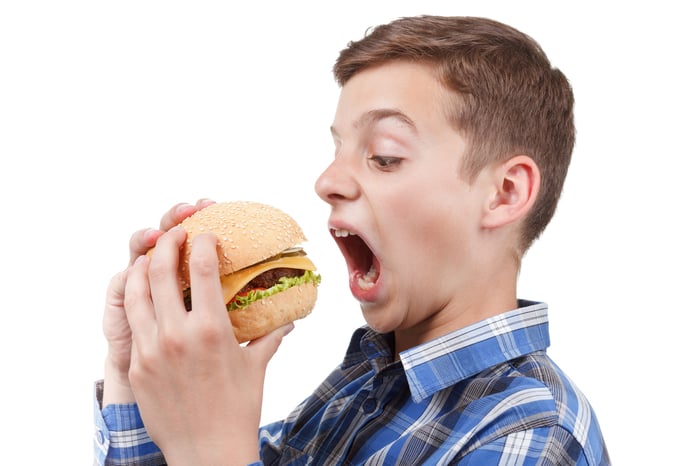 Meat processor Tyson Foods is taking just a small bite out of alternative-meat maker Beyond Meat, but it is a big deal for the future of plant-based food products. Image source: Getty Images.

Beef, pork, and chicken processor Tyson Foods (NYSE:TSN) made a surprise investment recently, taking a 5% ownership position in protein alternative producer Beyond Meat. The value of the investment wasn't disclosed, and it's unknown how much the fake-meat maker generates in annual sales because it's a privately held company, but its plant-based protein foods now appear in 11,000 stores nationwide, including Whole Foods Market.

Tyson said the investment, which occurred during a round of funding for the fake-meat maker that also saw The Humane Society of the United States, Bill Gates, and Kleiner Perkins take a, ahem, stake, would help provide Beyond Meat with the capital necessary to expand its products and distribution even further.

The reason it's a big deal is because it represents the first such investment by a major meat processor and indicates alternative food products are going mainstream.

According to the Plant Based Foods Association, plant-based foods generated $4.9 billion in sales over the 12-month period ending this past June, up 3.4% from the same time frame a year ago. (The fact that there is even a trade group indicates how much the niche is growing.) It estimates that at current growth rates, plant-based foods will end up contributing more than $13 billion in tax revenues over the next decade, but investments from big players like Tyson Foods could drive that number higher. 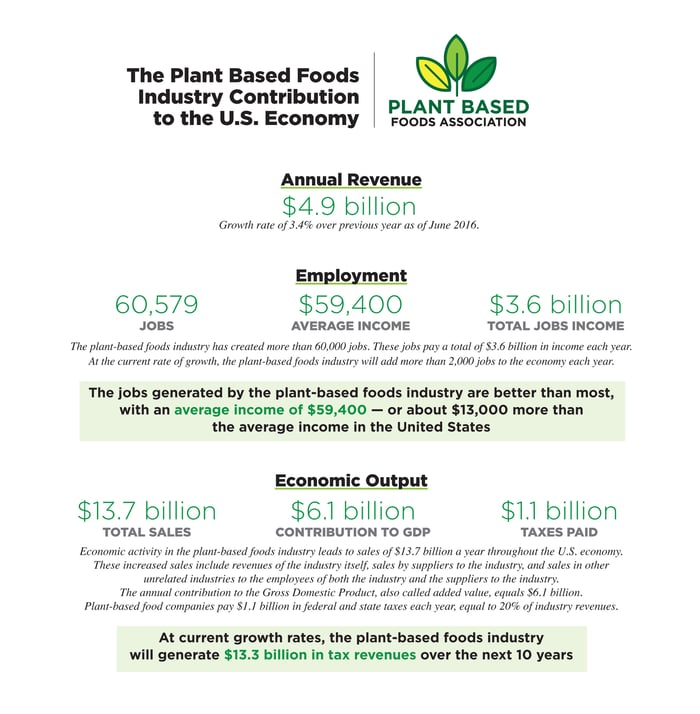 While Tyson might be the first major animal protein processor to get on board. Other consumer food companies have been eying the space, too. Pinnacle Foods (NYSE: PF), the owner of the Armour brand of canned meats, bought meat-substitute maker Gardein in 2014.

Taking a bite out of beef

It's clear that Tyson is looking to capitalize on a new growth industry, though it appears it's also funding what amounts to a competitor to its own financial success, much like the tobacco industry promoting electronic cigarettes and vaping products. It's also an investment not likely to sit well with Beyond Meat's vegetarian customer base, a group that has become more militant lately in opposition to animal husbandry practices at leading meat processors.

No doubt they'll be worried Tyson will attempt to co-opt Beyond Meat, much like the fears of Monsanto (NYSE: MON) critics after it acquired bee research firm Beelogics. The biotech's opponents say it's the chemicals produced by Monsanto, Syngenta, and Dow Chemical that are killing off the bee population and Beelogics was delving deep into that relationship.

Beyond Meat's products have gained acclaim because they're created with plant proteins and exhibit characteristics reminiscent of the foods they're trying to mimic. Its veggie burger, for example, sizzles on the grill and even bleed" thanks to beets.

The key for any plant-based food producer, however, will be taste. It's likely most people get their first introduction to plant-based alternatives through beverages like soy or almond milk. According to plant milks maker Califia Farms, 67% of the people that converted to such beverages from dairy did so specifically for taste.

With "almost meat" products there are also overriding concerns, such as animal welfare, but if the industry is going to go mainstream, it will have to convince larger portions of the population they're not sacrificing taste when eating what is essentially a veggie burger.

Tyson Foods may also be looking at consumption trends. Department of Agriculture data show that since 2002, beef consumption in the U.S. has fallen 11% to 24.8 billion pounds annually from 27.9 billion pounds. Of course, the average price per pound of beef has nearly doubled during that period, rising from $3.32 to $6.29 per pound.

People have switched their dinner to chicken, where per-capita consumption has grown from 82.2 pounds a decade and a half ago to 93 pounds.

Yet as the plant-based foods product numbers indicate, consumers are also looking for alternative sources of foods that may be more sustainable and have greater impact on animal welfare. Getting them to switch to non-meat protein sources is the next step, but even with an investment from the likes of Tyson Foods, it's by no means an easy one.