Software giant Microsoft (NASDAQ:MSFT) is hosting a product event tomorrow, and the headliner on the hardware front is expected to be a Surface all-in-one (AIO) PC. That would be a direct challenge to Apple's (NASDAQ:AAPL) iMac, which has long been one of the best-selling AIOs and a standard bearer in the industry.

Here's the thing: Microsoft is 18 years late to the party.

It's not an exaggeration to say that the original iMac, launched in 1998, was a game-changer for Apple. It was the first major product that the company launched following Steve Jobs' return, and it helped catapult Jony Ive into celebrity as an industrial designer. The original iMac was a hit, and the related revenue helped bring the company back from the brink of bankruptcy. For example, here's an excerpt from the 1999 annual report:

During 1999, the Company experienced a 25% rise in Macintosh unit sales. This increase is primarily attributable to the success of iMac, the Company's moderately priced desktop Macintosh system designed for the education and consumer markets. The Company sold approximately 1.8 million iMac units in 1999, an increase of approximately 730,000 units or 68% over unit sales of similar products in 1998.

After the iconic "Think Different" campaign, which was more about rebuilding the brand than marketing a specific product, Apple needed to deliver a smash hit -- and it did with the iMac.

Microsoft is just getting started

Of course, the obvious context here is that Microsoft only started meaningfully making its own hardware in 2012 with the Surface, a path that it now continues on. Microsoft now makes more hardware than it ever has before in its 40-plus-year history.

As far as what the product may be like, the Surface AIO is expected to have a large 24-inch or 27-inch display (Apple's flagship iMac features a 27-inch display). Given Windows 10's heavy emphasis on touch, there may be a hinge that allows the device to fold down flat so users can use the touchscreen without the ergonomic nightmare. Microsoft patented such a design earlier this year (originally filed in 2015): 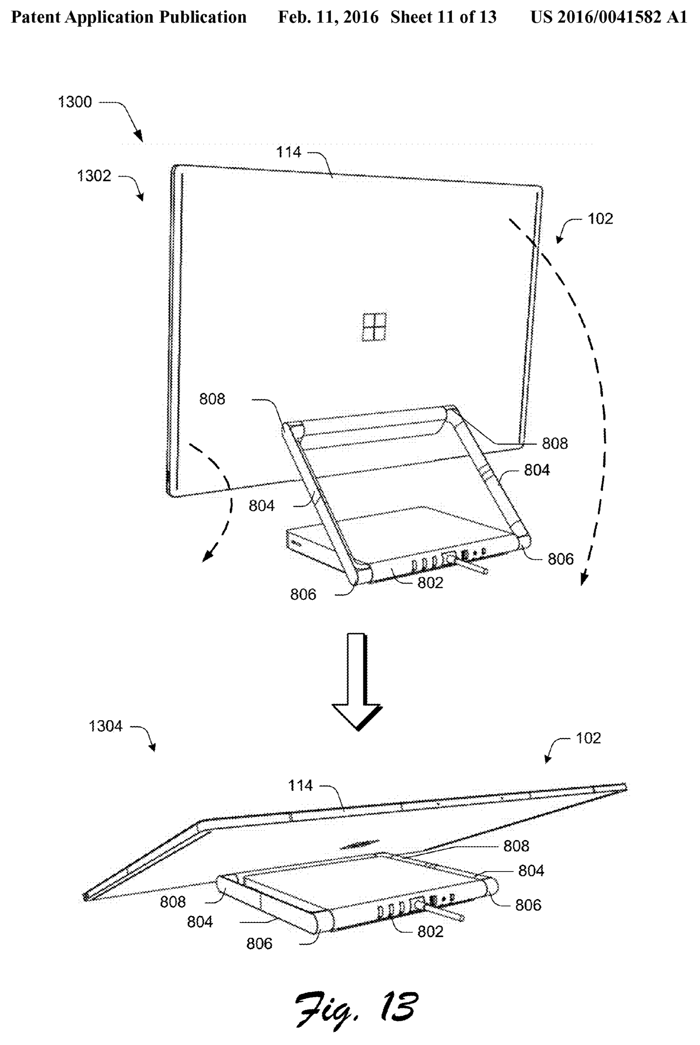 Microsoft exec Yusuf Mehdi has suggested that whatever the company unveils tomorrow will target creative professionals.

https://t.co/79UxgBQXJC get ready to get creative..

It should be obvious that a Surface AIO that folds down on a hinge would go perfectly with a stylus for creative use cases. Now that Microsoft makes first-party devices, it does make strategic sense to go after this important chunk of the market, even if there's not a whole lot of potential financial upside for the software giant.