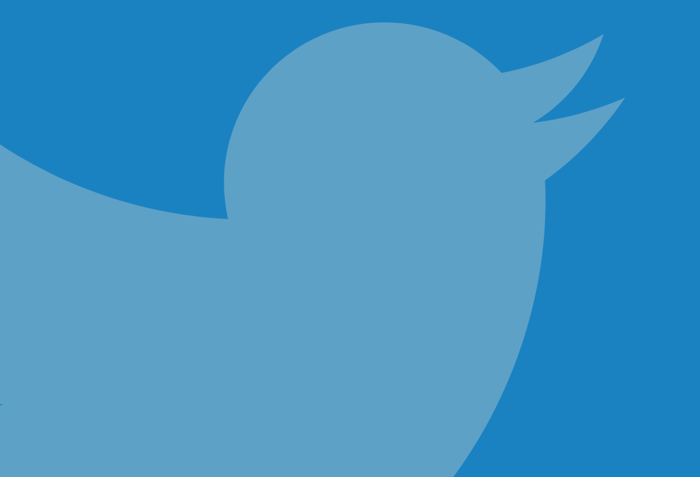 Twitter (NYSE:TWTR) stock climbed about 2.5% on Thursday morning following the company's third-quarter earnings release. Better-than-expected financial results and meaningful user growth were signals the company's efforts to reinvigorate growth may be getting some traction.

Across the board, Twitter's third quarter marked a financial improvement for the company.

Twitter's $616 million in revenue was up 8% year over year, driven by product improvements, organic growth, and marketing initiatives. While this is a significant deceleration compared to the company's 20% year-over-year revenue growth in its second quarter, it's higher than the $590 to $610 million range management guided for going into the quarter. In addition, the revenue is also up sequentially from Twitter's $602 million in revenue in its second quarter. 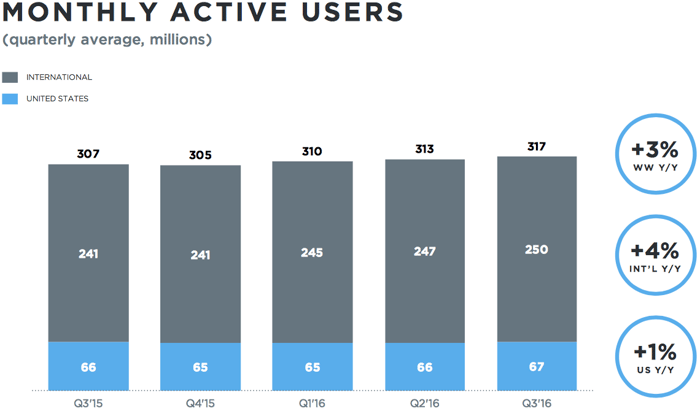 Going forward, management pointed to several efforts and forecasts worth taking a closer look at.

Layoffs: In a move to "create greater efficiency" as Twitter aims to achieve GAAP profitability next year, the social network announced an organizational restructuring and layoffs of about 9% of its workforce. The reorganization will take place during the fourth quarter.

"The restructuring allows us to continue to fully fund our highest priorities, while eliminating investment in non-core areas and driving greater efficiency," management explained in Twitter's third-quarter shareholder letter. 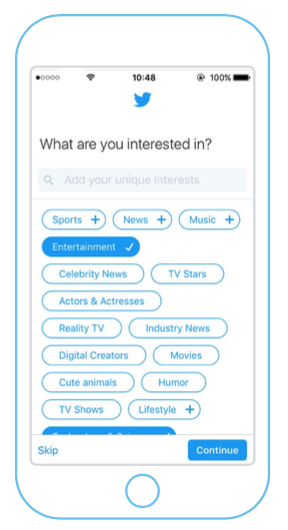 More opportunity for user and engagement growth: Management said it believes there's still "significant opportunity" for further growth in audience and engagement. To capitalize on this opportunity, the company is refining its core service in "four key areas: onboarding, the home timeline, notifications and Tweeting," the company explained.

"We believe that accelerating growth in audience and engagement will help reaccelerate growth in our ads business over time," management noted.

To reinvigorate its advertising revenue, which accounts for about 88% of total revenue, the company is focusing on building out robust options of quality ad products for advertisers, boosting return on investment on this ad products initiative, and better scaling its advertising reach across the social network's broad, and unique, audience.

Overall, Twitter's third-quarter pointed to some important progress on key metrics, suggesting some of management's initiatives that began with the 2015 return of the company's founder and CEO Jack Dorsey are taking hold. Of course, investors will want to look for sustained progress over the next twelve months to get a better idea of whether or not Dorsey's tactics can drive sustainable growth in per share intrinsic value, but these results are encouraging nevertheless.